Mepo players and coaches cried not only for the win, but also for something much bigger 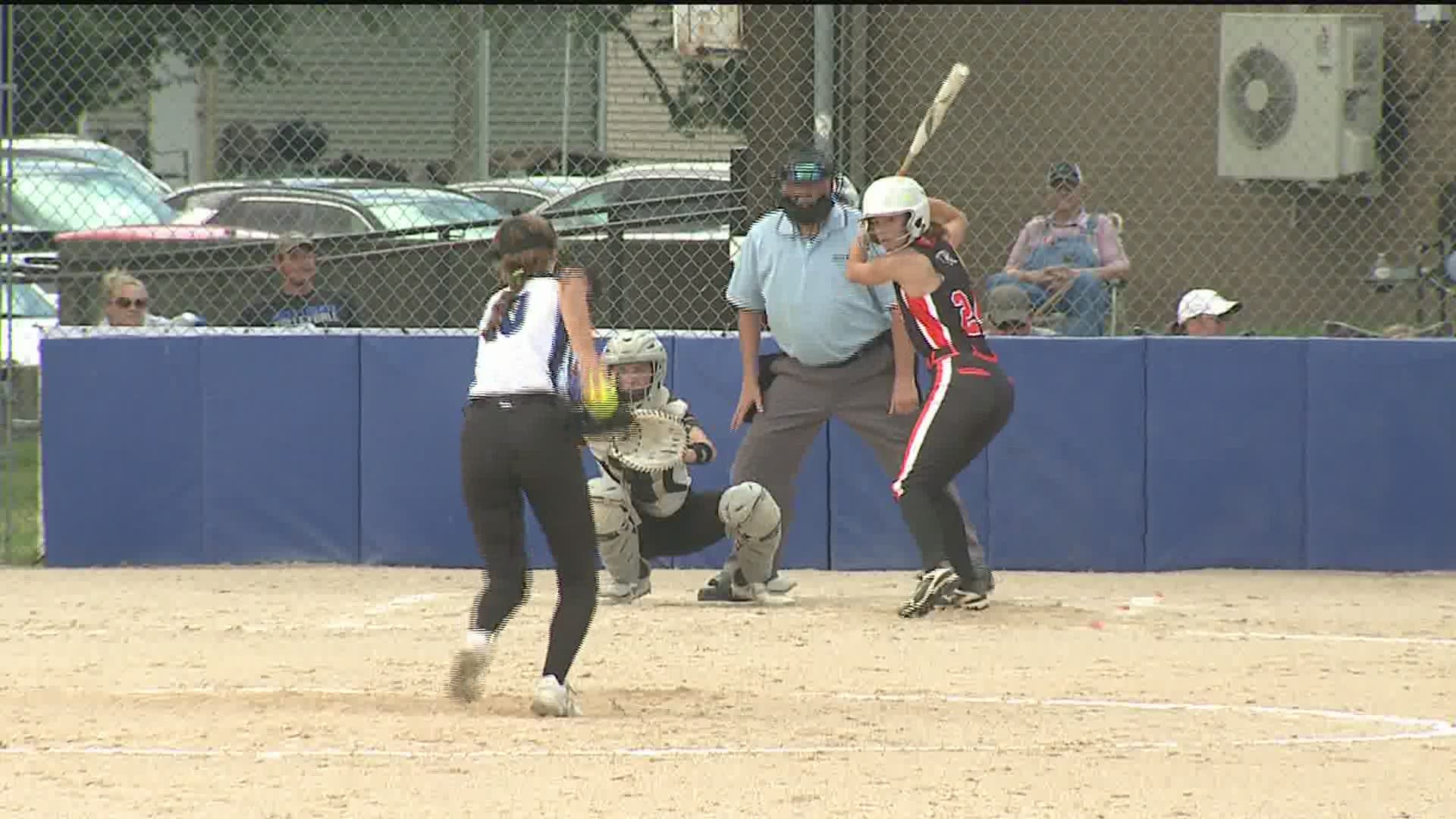 MEDIAPOLIS, Iowa — With each hit and run scored, the Mediapolis Bullettes have been getting closer to their next win.

"We just know we have to keep pushing and keep trying to go," said Mackenzie Springsteen, a Mepo senior. "We are a very young team since we only have two seniors."

The last few seasons haven't been easy for the Bullettes, going winless since the summer of 2017.

"I knew over the last few years we've had struggles and stuff, so I knew that coming in we'd have to bust our butt to at least get a win." said Springsteen.

Some players even considered doing other things this summer season.

"I didn't know if I was going to go out this year because of the seasons before," said Olivia Moehle, also a senior.

But that changed on June 18.

"Our kids got our first win since 2017," said Jeff Martin, Mepo's head coach. "It was a two-run extra inning game against Columbus and I couldn't be happier with that."

The Bullettes were tied 5-5 with Columbus Community in the eighth inning when Mackenzie Springsteen stepped up to the plate.

"I knew I had to hit the ball somewhere where people weren't," said Springsteen. "I hit it right over the third baseman and I just got chills and I was so excited."

A three-year losing streak was finally over.

"We were all just really happy," said Moehle. "Some of us cried. I didn't cry but I was just so happy for everyone."

Those tears were for the 8-6 win, but also for something much bigger.

"My dad was a longtime softball coach at Columbus, and he passed away in March," said Martin. "They had a big celebration for that and my whole family was there and my sister is an assistant coach. It's something I'll never forget."

And Martin's players never will either.

"It'll stick with me for awhile," said Springsteen. "It's just one of those moments."