The game of football is like a finely composed orchestra. For the Louisa-Muscatine Falcons, that’s especially true. 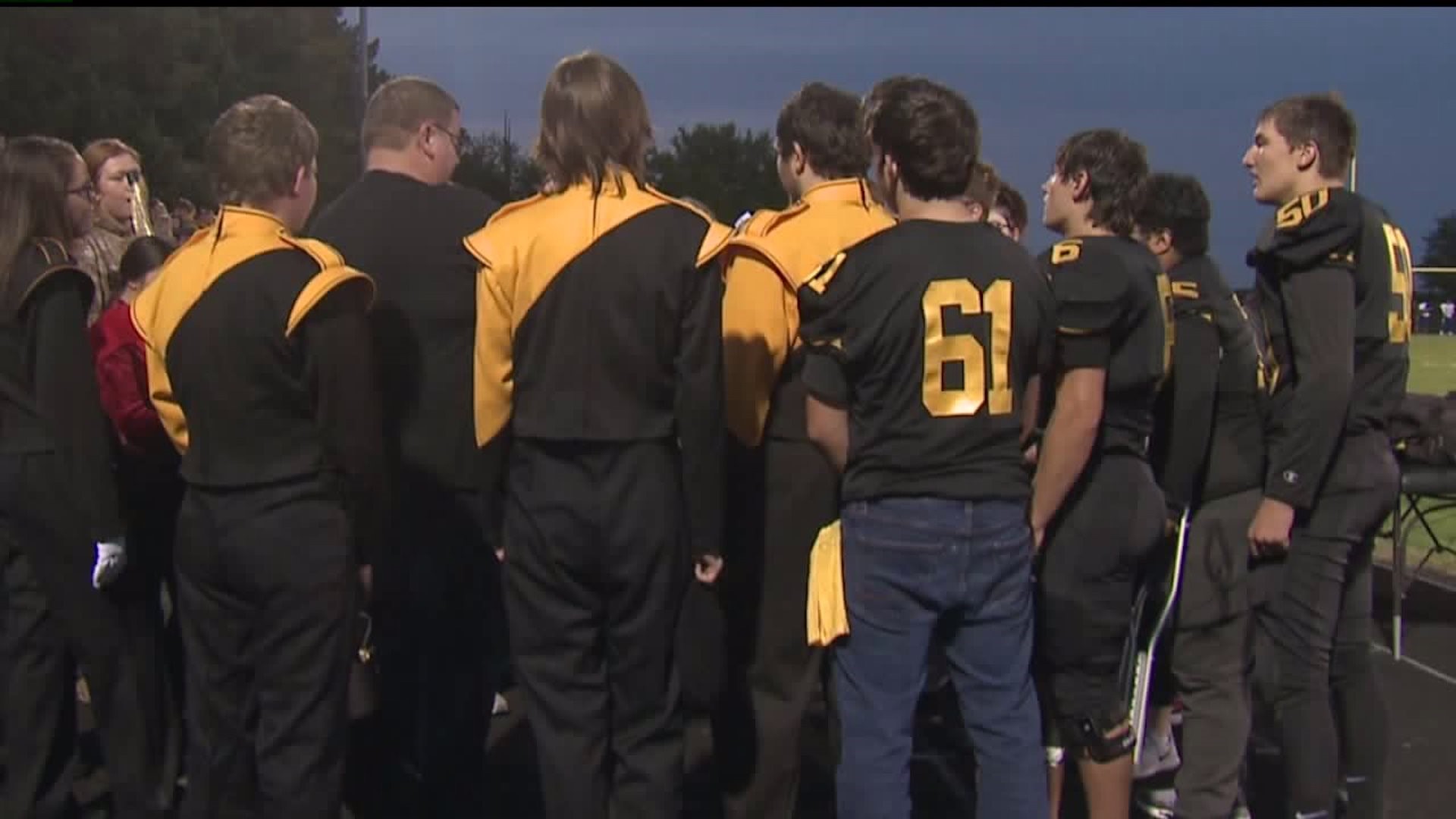 LETTS, Iowa - The game of football is like a finely composed orchestra. You've got the yells, the cheers, and the whistles.

"The last couple of years have been tough for football." said Max Mashek, a senior on the Louisa-Muscatine football team.

The Falcons are trying to sing a good tune on the field and of it, too. Gabe Hayes, Mashek, Max McCulley, and Alex Barajas are all senior football players, but they're much more than just that.

"I think it was just my parents saying, 'Oh, you sing really well, maybe you should join the choir.'" said Barajas.

"My brother always played songs in the car and we would just sing along," said McCulley.

"It's one of my favorite classes to go to actually." said Mashek.

"They sang a couple of songs I really liked and I joined the choir the next year." said Hayes.

Their reasons for joining are all different. But the two things they all share are a love for football and a love for music.

Pretty well said -- and well sung -- for Alex. He's the lone tenor of the four on the team. The rest are basses.

"It's not about what's cool, but about making a good experience for your community and setting a good example for everybody." said Barajas.

The arts and athletics don't always mix, but you'd be hard pressed to figure out which one -- football or choir -- that McCulley is talking about here: "It's teamwork, listening to others..." said McCulley. "You've got to work together to get that perfect harmony, that perfect sound."

Whether they're reading notes from a sheet of music or x's and o's from a clipboard, the Falcons quartette is hitting all the right notes.

"It's like a switch flipping. After we're done singing, I'm ready to go." said Hayes.