Report: Raiders, Jon Gruden to work on settlement for remaining $40 million of contract 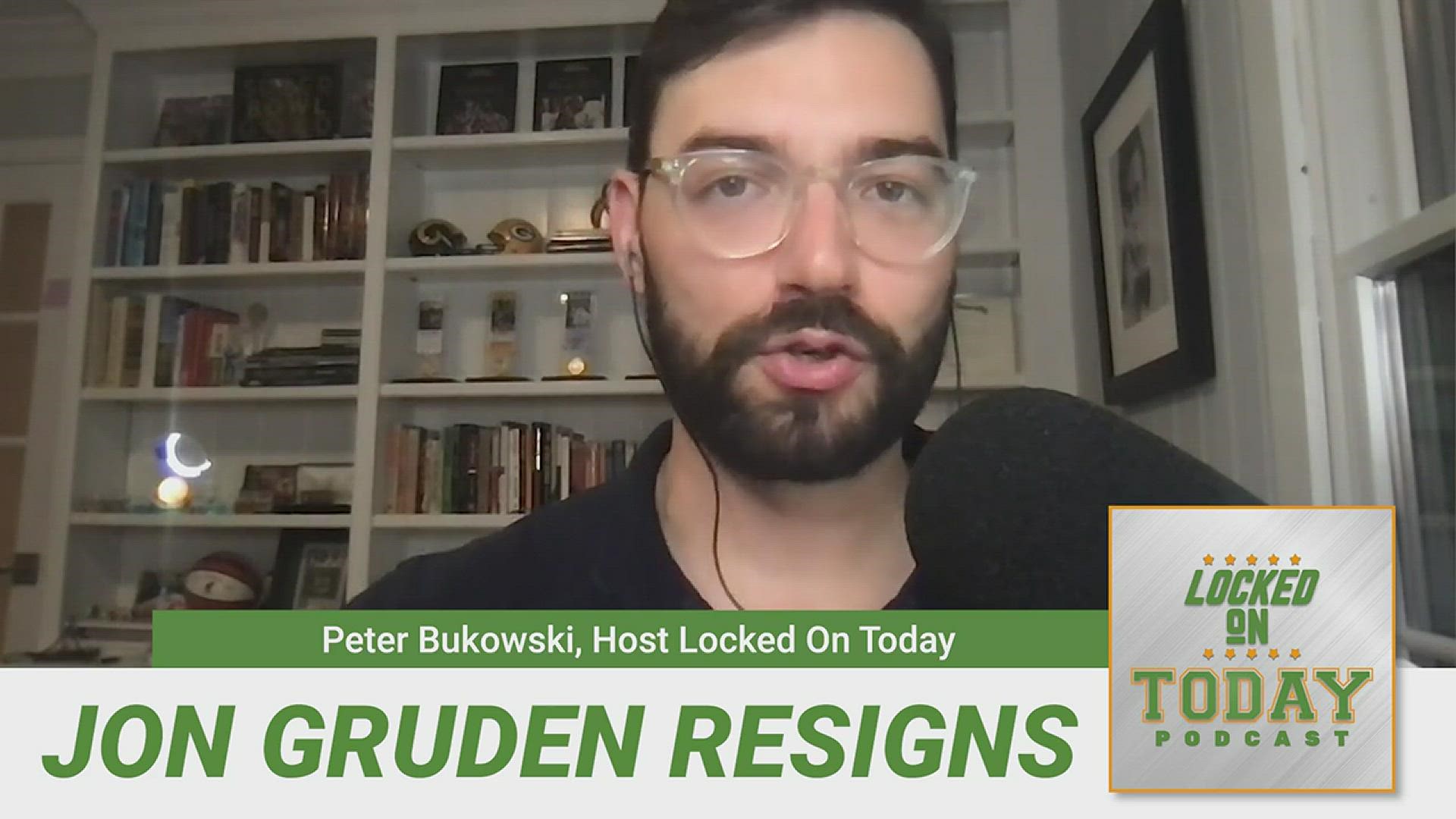 LAS VEGAS — Former Raiders head coach Jon Gruden still had $40 million due to him over the remaining five years on his contract after he resigned on Oct. 11 following the uncovering of discriminatory emails sent by him in the past to a former Washington Football Team executive and others.

NFL Network's Ian Rapoport reported on Sunday that the two sides will work on a settlement for that remaining contract money rather than head into a legal battle, despite the fact that Gruden resigned his position.

Per Pro Football Talk's Mike Florio, a resignation generally waives all rights to ongoing compensation, however, that's only if the resignation is voluntary. If owner Mark Davis told Gruden he'd be fired if he doesn't resign, that would be called a constructive discharge, which means Gruden could potentially have grounds to go after money still owed to him in his contract.

There is an interesting caveat from 2018 that may be relevant here from Gruden. In a 2018 USA Today story, Gruden said, "if I can’t get it done, I’m not going to take their money."

The Raiders did not have a winning record in the three full years Gruden coached. They were 3-2 when he resigned last week.

SUBSCRIBE to the Locked On NFL podcast, free and available on all platforms.

The league looked through more than 650,000 emails as part of that investigation, where Gruden's conversations were found. He used a racist trope to describe NFL Player's Association Executive Director DeMaurice Smith in a 2011 email. That was reported on Oct. 8. Gruden apologized and coached the Raiders' game on Sunday Oct. 10. The following day, the New York Times reported there were more emails from Gruden containing more derogatory statements as part of that investigation and Gruden resigned Monday night.

The Associated Press reported on Friday that the NFL has found no other current team or league personnel to have sent emails containing racist, homophobic or misogynistic language similar to messages written by Jon Gruden that led to his resignation as Las Vegas Raiders coach, according to a person familiar with the documents.

The fact that Raiders owner Mark Davis and Gruden did not have something figured out on the remaining money owed in his contract before his resignation definitely shows how fast this all happened. The Raiders lost to the Bears on Sunday, Oct. 11 and 24 hours later Gruden was out as head coach following the release of the New York Times report.

In their first game without Gruden, led by new interim head coach Rich Bisaccia, the Raiders dominated the Denver Broncos for much of the game before a 34-24 win.

SUBSCRIBE to the Locked On Raiders podcast, your daily podcast for all things Raiders.