Local athlete, Olympic hopeful speaks out amid rumors to postpone the 2020 Summer Games in Tokyo

With an IOC member telling USA Today that the 2020 Olympics would be postponed, athletes try to pivot toward a new competition date. 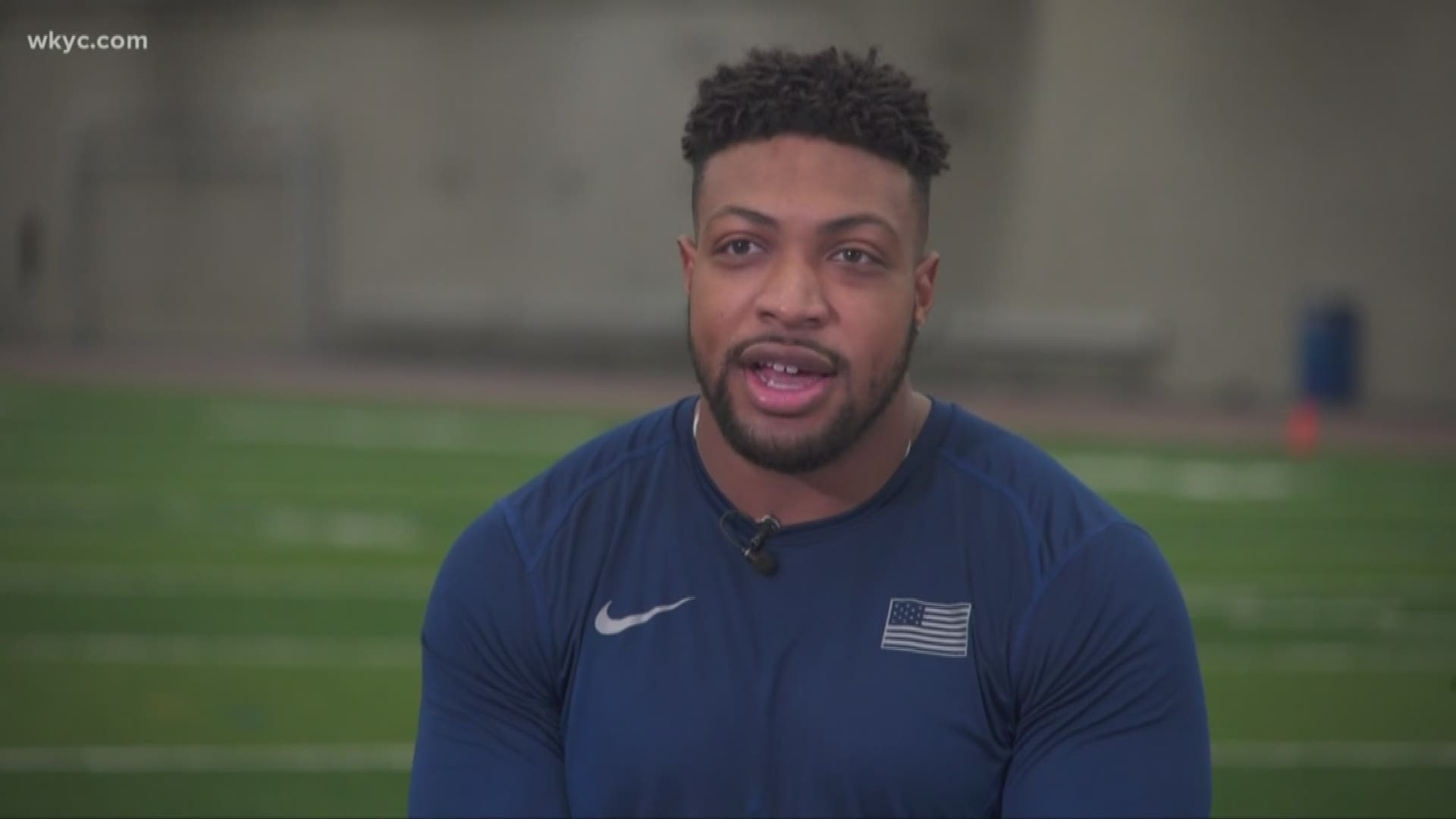 TOKYO, Japan — With international sporting events being canceled recently, many have been wondering if the Olympics are next. In particular, the athletes looking to compete that haven’t been able to train or qualify are looking for answers.

“I saw it as a way to challenge myself and do the best that I can,” said Cleveland native, Reggie Jagers a few months ago.

Reggie let me tag along during one of his training sessions in December. The former Kent State athlete is now living at the Olympic Training Facility in San Diego and while he was visiting family for Christmas, the Olympic hopeful was still finding time to train.

“If I think that I’m such a good athlete, it’s time for me to prove it. I probably thought about me holding that gold medal, probably a million times,” said Jagers back then.

However, fast forward events to today and there’s nothing but uncertainty surrounding the Tokyo games.

“The hand that we’re dealt right now is uncertainty and adversity,” says Jagers. “I think as an athlete, you definitely want definite answers. More so, because we have timelines, so if you think about when you train. Our hot tub and cold tub are closed. I can’t pump iron. I can’t get swole, I can’t get myself into peak shape. It’s a big unknown and I don’t think the Olympic games wants that big of a question mark.”

The Olympics are scheduled to start on July 24th and delaying them would be a massive blow for the host country of Japan, which has invested more than 12 billion dollars in venues, transportation and more.

However, everything is trending in that direction. Within the past few days, the Prime Minister of Japan, Shinzo Abe, has come out saying that postponing the Olympics may be unavoidable.

Meanwhile, Canada AND Australia have said they will not be sending athletes to Tokyo this summer.

Then earlier today, in an exclusive interview with USA Today, International Olympic Committee member, Dick Pound said the 2020 Tokyo Olympic Games are going to be postponed, likely to 2021.

Despite all this news, Reggie Jagers says he’ll keep training because whether it’s 2020, 2021 or even Paris 2024, when the Olympic Games are ready, he wants to be ready as well.

Jagers says, “You push through, you endure it. It makes you stronger when you come out in the end. I’m going to be prepared, no matter what. I’m working on the things that I can control. I’ll be pretty happy just to make the games no matter what.”

Although the games were canceled during World War I and World War II, this would the first time the Olympics have ever been postponed.

RELATED: Canada says no athletes at Tokyo Olympics if no postponement; Australia says prepare for 2021

RELATED: USA Swimming calls for Tokyo Olympics to be postponed to 2021

RELATED: Olympic torch relay in Greece suspended due to coronavirus

RELATED: A lot of people stand to lose if Olympics are canceled by coronavirus