As North Scott begins its post season run, an important part of the Lancers' game plan is suited up for every game but never leaves the bench. 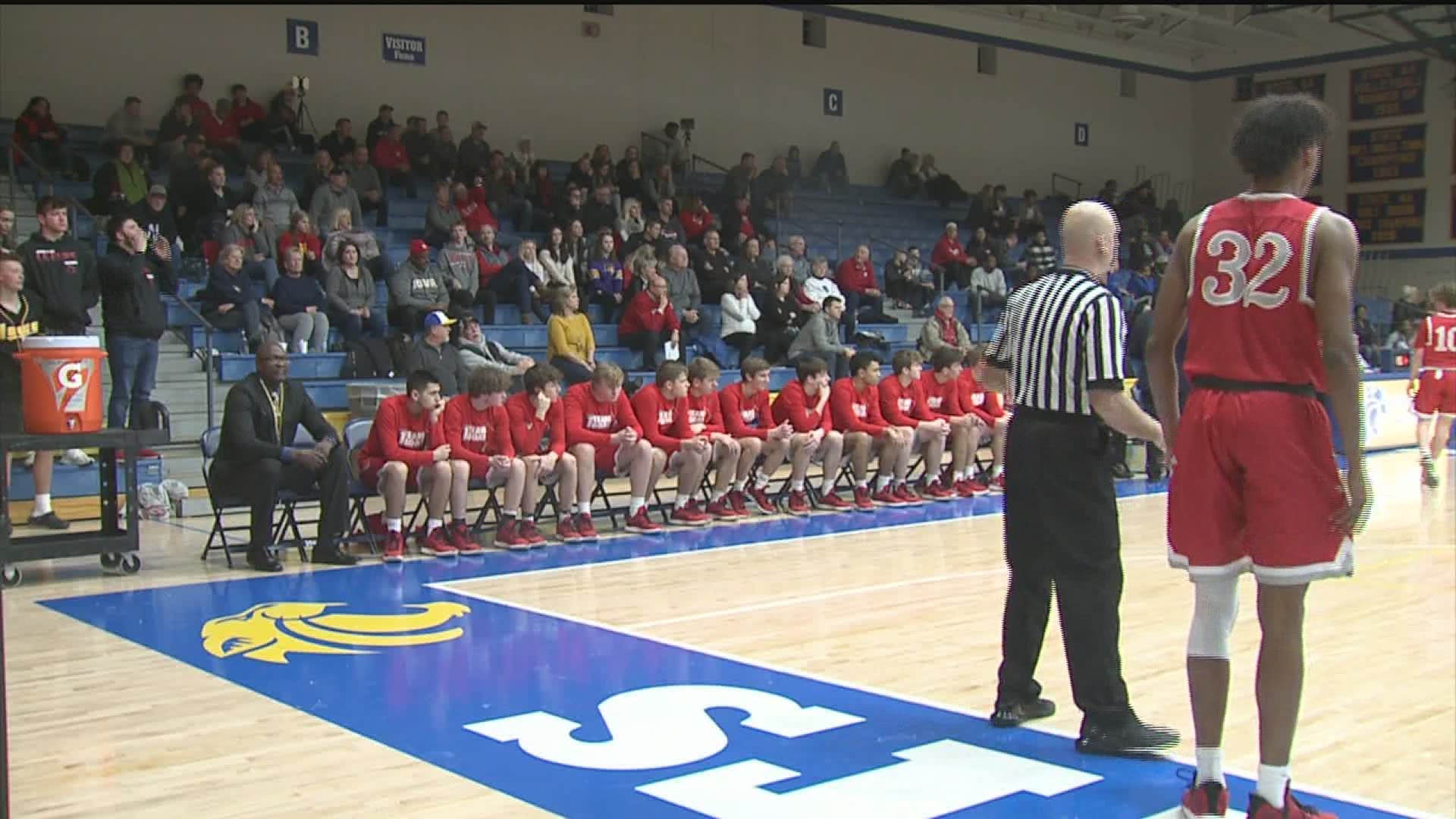 ELDRIDGE, Iowa — The game of basketball is like the game of life. The big shots you take won't always make it. The wide open shots may get contested.

North Scott High School senior Tytan Anderson always finds a way to get the job done. It's in his blood.

"He always just tells me to go after the loose balls, dive on the floor, play good defense, and rebound the ball," said Anderson, a Lancer standout. "I've done pretty good at that. You can usually find me on the floor diving after balls so he`s inspired me to be that type of player."

Anderson wasn't talking about his head coach, Shamus Budde, but a coach of a different kind.

"My favorite thing is to just spend time with him." said Anderson.

He was talking about dear old dad, Tim Anderson or "Big Tim" as the Lancers call him.

"I try to be dad, but when he step on the court I become coach," said Tim Anderson. "I'm still dad. But I'm his coach."

Tim isn't on the varsity coaching staff but he knows his stuff, playing two seasons for the since-folded CBA franchise, the Quad City Thunder. He now serves as a coach for the sophomore Lancer team, with a stint at Davenport West High School previously.

These days, you can find "Big Tim" sitting at the end of the bench for every game, ready to give his son and teammates advice or encourage them.

"When he's at the free throw line I give him things and little winks to kind of help him focus on that free throw." added Tim.

Sometimes that comes in the form of tough love.

"You don't need to be missing any free throws," said Tim as the Lancers took on Davenport North. "He can look back to me and I can put him back on track just by giving him a look or saying something in his ear when he comes out for a time out."

Tim always tell Ty that everything happens for a reason -- like Ty committing to play at University of Northern Iowa, just a few hours from Eldridge.

"You`re taking a big boy step," said Tim. "No more high school. You're going out on your own. But dad is always around the corner."

It's safe to say that the Anderson apple doesn't fall far from the tree.

Well, maybe they're not so mini.