Running with Griffin: The special bond shared between a junior high schooler and his running partner

Griffin Garro and Austin Meirhaeghe share a meaningful friendship, whether they're running together or not. 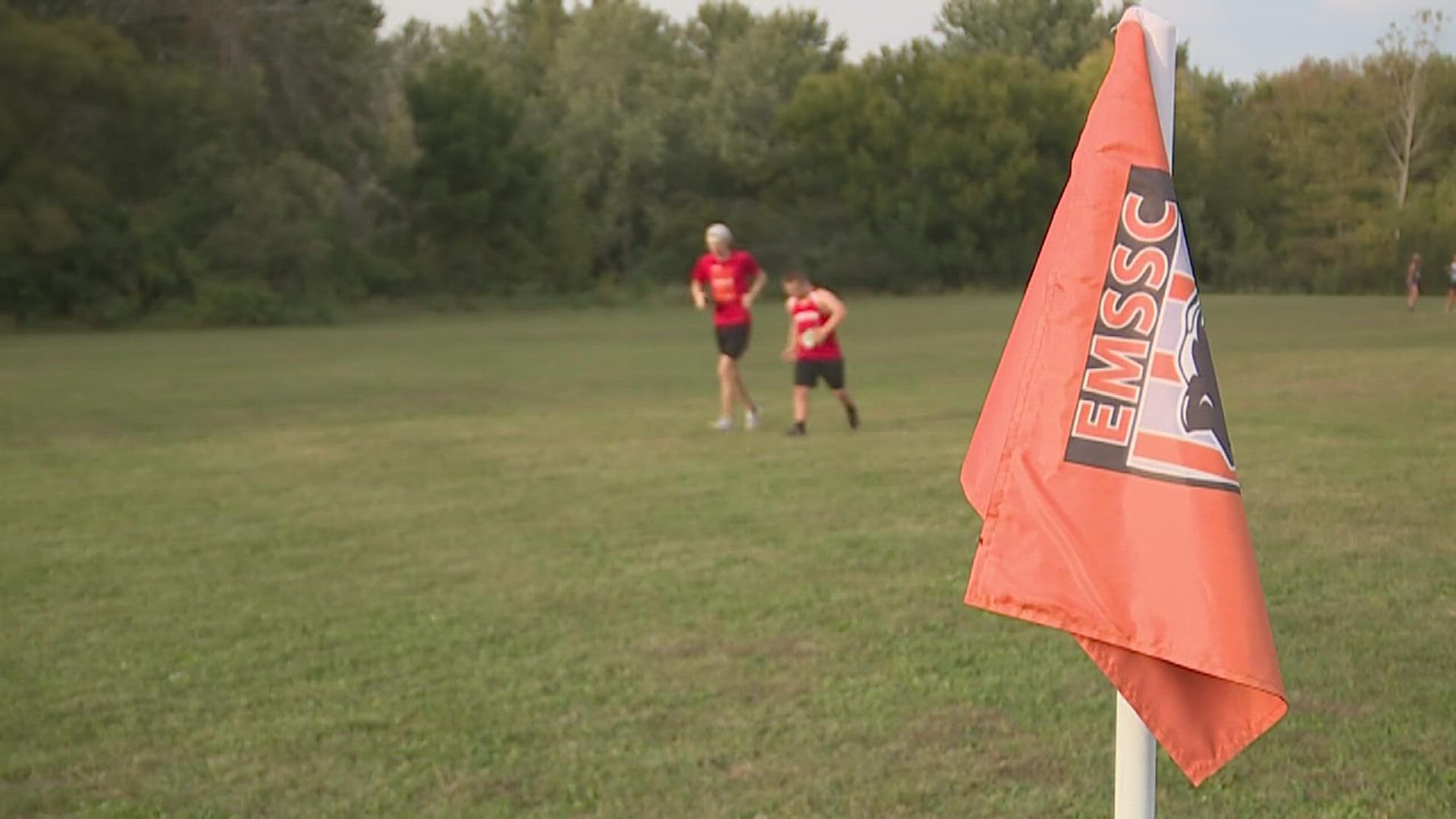 ROCK ISLAND, Ill. — On a crowded soccer field in East Moline, junior high runners were rearing to go for their final cross country meet of the season. That includes the Washington Junior High team and eighth grader Griffin Garro.

"I met Griffin several years ago," said Andrea Parer, head coach for the Washington team. "He's a local celebrity. We were super excited when he wanted to join the team. He's a very special member of it, along with everyone else. But he just brings a fun dynamic to the group, watching him compete at practice and at meets, it just puts a smile on your face."

But Garro, who has Down Syndrome, doesn't run alone.

"This year I didn't have anything really going on besides work. So I was like I can do it," said Austin Meirhaeghe, a Rock Island alumni and family friend of the Garro's. Meirhaeghe and Garro's brother Donovan are close friends. Meirhaeghe's there for every stride with Griffin to make sure he stays the course and keeps pace.

"My mom and his mom were talking on the phone about the meet. It was coming up, a couple days before. And she was gonna have to walk with him for the course," Meirhaeghe said. "I was like, 'I can do it.' I had the day off from work. I took every [meet] day after that off to run with Griffin."

For Coach Parer, it's like having an extension of her on the run, every step of the way.

"I hear him talking to Griff the whole way," Parer said. "They talk, they'll communicate. He encourages him. He pushes him, he has him run. He and Griffin are friends, so that's what I like to see."

"We just talk mid-race," said Meirhaeghe. "I'm just asking how his day is going, what he ate for lunch and what his favorite subject is." Griffin said he loves fractions, by the way. Finishing the mile run isn't always easy but that's not what it's about for Meirhaeghe or Garro.

"I don't really know how to explain it," Meirhaeghe said. "He's just a really fun person to be around. It makes me happier. I hope the same way [for him]."

Garro always has something in mind for when he crosses the finish line. He said his favorite thing about running is getting Whitey's as a post-run reward.

His order? A chocolate malt. It's a sweet treat, but an even sweeter bond between Garro and Meirhaeghe.

"Oh, it's pretty special. I don't think anything can beat it right now," Meirhaeghe said. "We're best friends for life."

Friends for life, on and off the cross country course.