'It hasn't been easy at all': The obstacles that transformed Jack Heflin from walk-on to starter

Jack Heflin graduated high school without any scholarship offers to play football but developed into a mainstay on the Iowa defense. 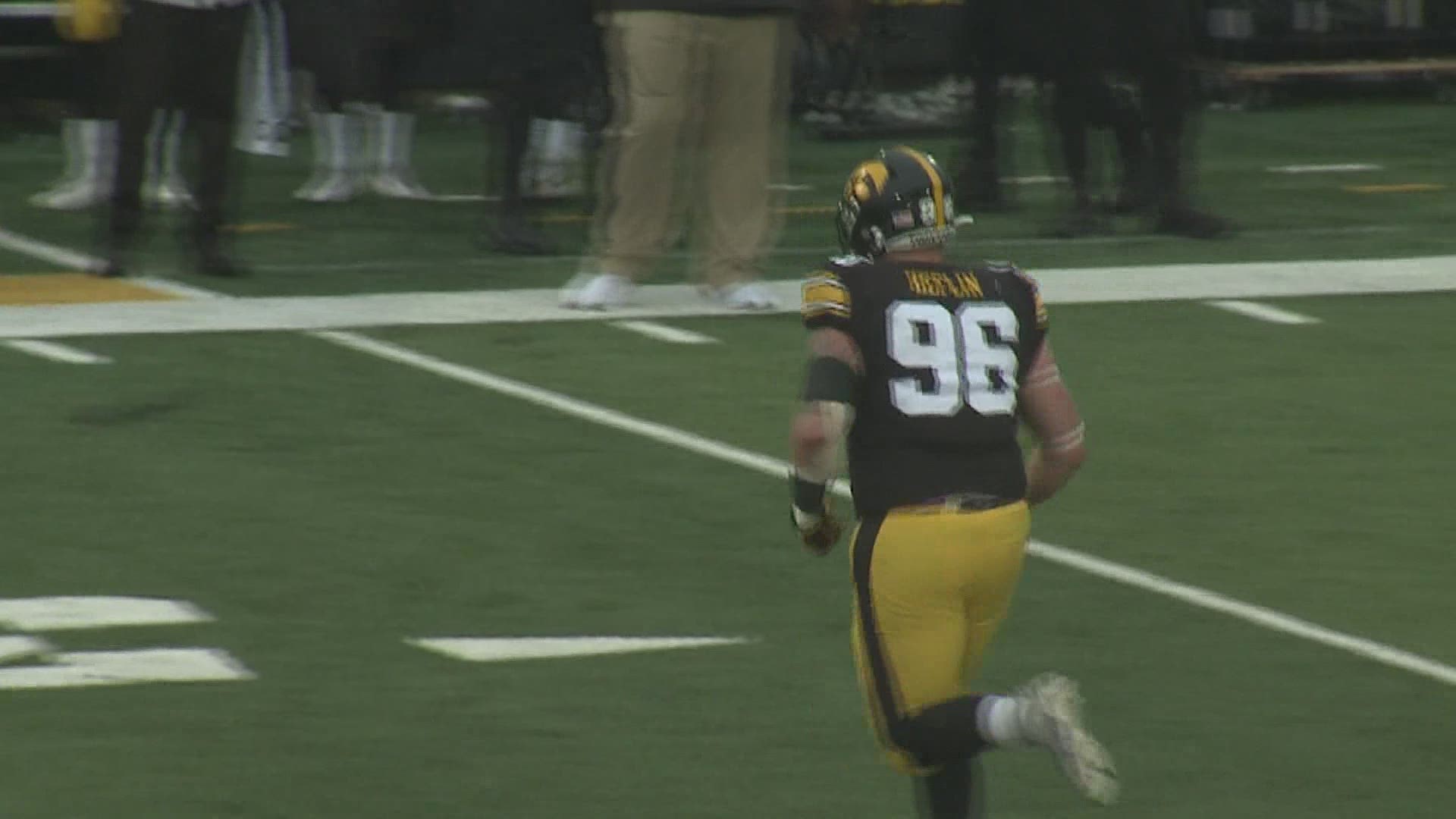 Prophetstown, Illinois: quiet winding roads, red barns, and a single-street main drag with no stoplight. It's where Bret Bielema grew up, but it's also Jack Heflin's hometown.

Jack grew up on a farm where it all began. Like many athletes, Jack's love for sports started young.

"Baseball, football, basketball, track, bull riding, motor sports, just about everything," said Judi Breitbach, Jack's mom. "He showed cattle growing up also. So a little bit of everything. He liked everything and wanted to do everything."

In high school, he was a multi-sport athlete.

"He was actually really good in basketball," said Chris Breitbach, Jack's stepdad. "Baseball he was good at. But football, he was kind of a little skinny guy starting out."

That's where he met Chuck Milem.

"His sophomore year was when he started putting on a little bit of bulk so that was kind of his coming out party so to speak in varsity football," said Milem, the former head football coach for the Erie-Prophetstown Panthers.

Coaches liked what they saw in Jack.

"The defensive coordinator at the time really saw a lot in him right away and met with all of us and said 'I think he's really special,'" said Milem.

They all thought so.

"We went to a lot of football camps," said Judi Breitbach. "I think 13 of them at all of the different colleges in the Midwest."

"Jack was going against all the good guys then, the guys actually being recruited and actually he did pretty good," said Chris Breitbach. "But they'd always try to coach up the guys they were recruiting and not Jack,"

Jack would finish his senior season of football with a choice.

"He had a lot of opportunities with Division III schools, NAIA, but no scholarship offers whatsoever," said Judi Breitbach. "So we knew a walk-on was the only option at the time."

He did, an hour away from home at Northern Illinois University. Like high school, things wouldn't always go his way there either.

"He got hurt that first year, he hurt his shoulder so he had surgery on that," said Judi Breitbach. "He was actually taken off the roster at NIU. So pretty low times at that time."

But a year later would come the highest of highs. Jack was put on scholarship.

"I know the game of football is a journey and it hasn't been easy at all especially since high school," said Heflin. "But everyday I just wake up and know I put my faith in god has my back on everything I do."

He made a name for himself at NIU but his journey wouldn't end there. For his final season, he wanted to transfer.

"He didn't get recruited out of high school and all of a sudden the floodgates opened." said Judi Breitbach.

Jack was fielding offers from top programs, but the one he really wanted wasn't there yet: Iowa.

It brought his family back to fall Saturdays spent cheering on the Hawkeyes at Kinnick Stadium.

"I'd say there were few tears for sure," said Judi Breitbach. "But just a lot of pride for him."

Jack quickly became a mainstay of the Iowa defense, posting 21 total tackles, including 13 solo, earning the respect of his teammates and coaches.

"He's like Bret Bielema, farm kid from across the border there. He's fit right in." said Kirk Ferentz.

But now he's ready for the next chapter in his football career: the NFL.

"There's a former teammate I played with that said, 'Jack, just keep working. Your day in the sun will come.' So that's what I'm doing. I'm working everyday." said Heflin.

It's a big step for a small town kid but he'll never lose sight of the field or the farm where it all began.