'It's like Christmas morning': Alleman baseball complex gets facelift ahead of home opener

After two years without games, the field was in need of some updates and it got them, thanks to anonymous donors. 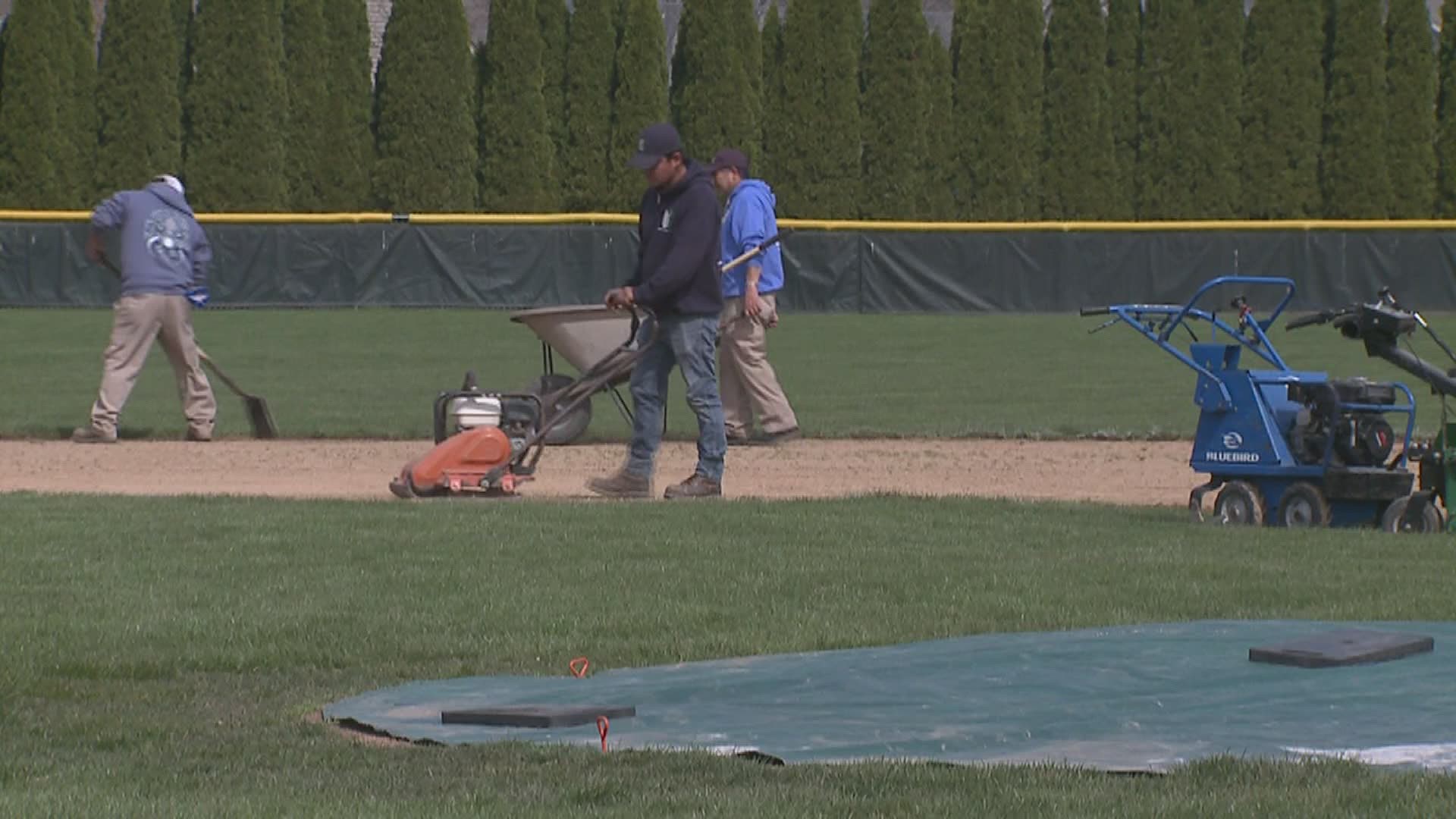 MOLINE, Illinois — Two years have come and gone since the Alleman Pioneers last played baseball on their home field.

"It's been two years since we've played on it." said senior Zach Carpita. "It's gone through some rough stuff, been through the winter."

Like anything exposed to the elements for that long, it showed.

"They always say the best way to maintain a baseball field is to play on it and we haven't had a baseball game on this field for two years." said Jerry Burkhead, Head Coach of the Pioneers. "We couldn't get down here as much as we would've liked over time to keep it maintained. So just between that and needing to be redone, those things all together it was a necessity."

Before the first pitch is thrown at the Pioneers' home opener on Friday, the baseball complex needed a facelift and fast.

The community came together to make that happen.

"For our players losing last season, to come back and have our first game on Friday and have our facility looking like it's going to look, I just can't wait." added Burkhead.

"You know it's just being with the guys again, getting a really competitive atmosphere that Alleman presents to us," said senior Jackson Marx. "I just feel like that atmosphere is unmatched."

Two anonymous donors pitched in around $15,000 to get the field ready.

"We're edging the baselines and getting them straightened. We're taking some of the lips out of the infield that make ground balls tough for infielders that could potentially be a hazard. We're adding some dirt. We're just lining things up so that when you drive by you can say that's a top notch facility." said Burkhead.

Crews from Uncommon Ground stepped up to the plate to get the work done.

"It's like Christmas morning for a baseball coach." said Burkhead.

It is for players, too.

"It's going to be great. I told our players when you come back Monday you're not gonna believe what you see." said Burkhead.