'It was emotional for all of us': Clinton senior gets special moment on Senior Night after rare COVID complication ends her season

Davis was diagnosed with MIS-C, a very rare but serious condition doctors say is caused by COVID. 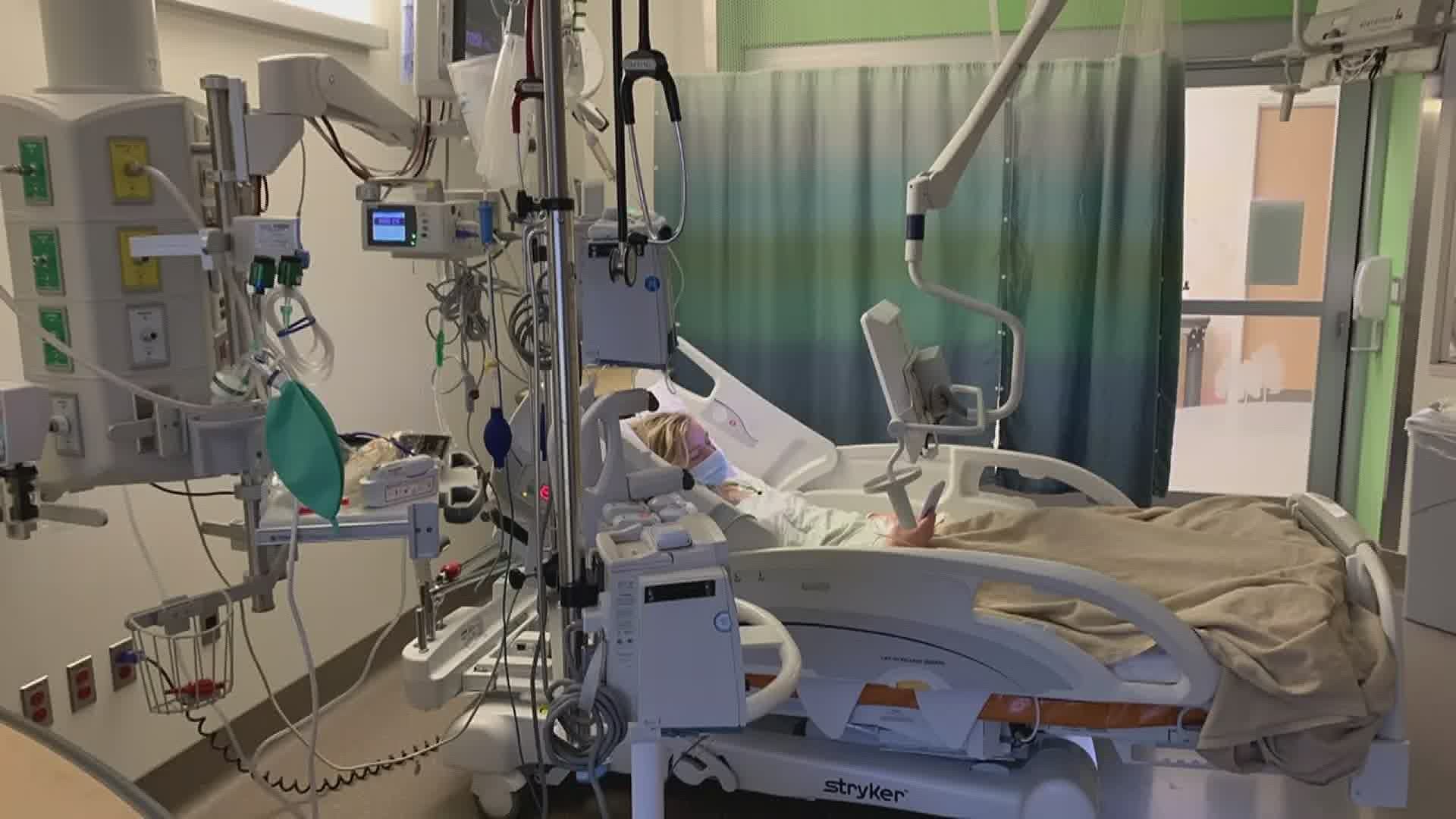 From the outside looking in, it's hard to see what's really going on. For the Clinton River Queens, that's true. The Queens went through the ups and downs of the season without their star point guard, Elle Davis.

"I was trying to beat the career record for threes," said Elle. She beat the Clinton single season three-pointer record last year, a record previously set by her older sister. She was 17 from breaking the career-three pointer record this year. But why?

"On Christmas I woke up and didn't feel very well." said Davis.

The Davis family went to urgent care in Clinton trying to figure out why Elle had a high fever, rash, and upset stomach.

"You could tell. Her eyes were getting yellowish so we knew something was going on," said dad John. "There had to be something more to it. When you get the news that you need to get to the ER or Iowa City, it's like 'What is this?' Because that's pretty serious."

After a trip to the emergency room in Clinton, Elle was rushed to Iowa City and admitted to the ICU. She was diagnosed with MIS-C, a rare condition associated with COVID. According to the CDC, there have been 2,060 MIS-C cases reported to local health departments nationally, and only between 11-30 in the state of Iowa.

When she got the diagnosis, she didn't know she had COVID previously.

"One in 1200 kids can get it is what they're saying so it's the unknown," said John. "Is she going to come back? And when she does, is she going to be her normal self? So there were a lot of questions."

There were for Elle, too.

They spent seven days in Iowa City as her body healed, luckily being discharged from the ICU after one day. But her recovery was going to take much longer than a week.

"Once she got better it was like 'Man, this is going to suck,'" said John.

Doctors told Elle she couldn't be active for six months. That meant Elle's senior season of basketball would be cut short.

"I knew I wanted to be there for them and cheer them on." said Elle.

Elle sat the rest of the season on the bench, near her dad who is also the Queens' assistant coach. Until "Senior Night" came.

"It was emotional for all of us," said John as Anne Davis, Elle's mom teared up.

Elle checked into the game and made one final shot.

"It was just all my hard work that I've put into this sport," said Elle.

It was a moment so meaningful for a girl still on the mend.

"It was just really an emotional night,' said Elle.

To see the community rallying around Elle in support, Anne said one word captured it all: "Priceless."