Ben Frotscher completed his lifelong goal over the weekend at Talons of Tuscany in Ankeny. 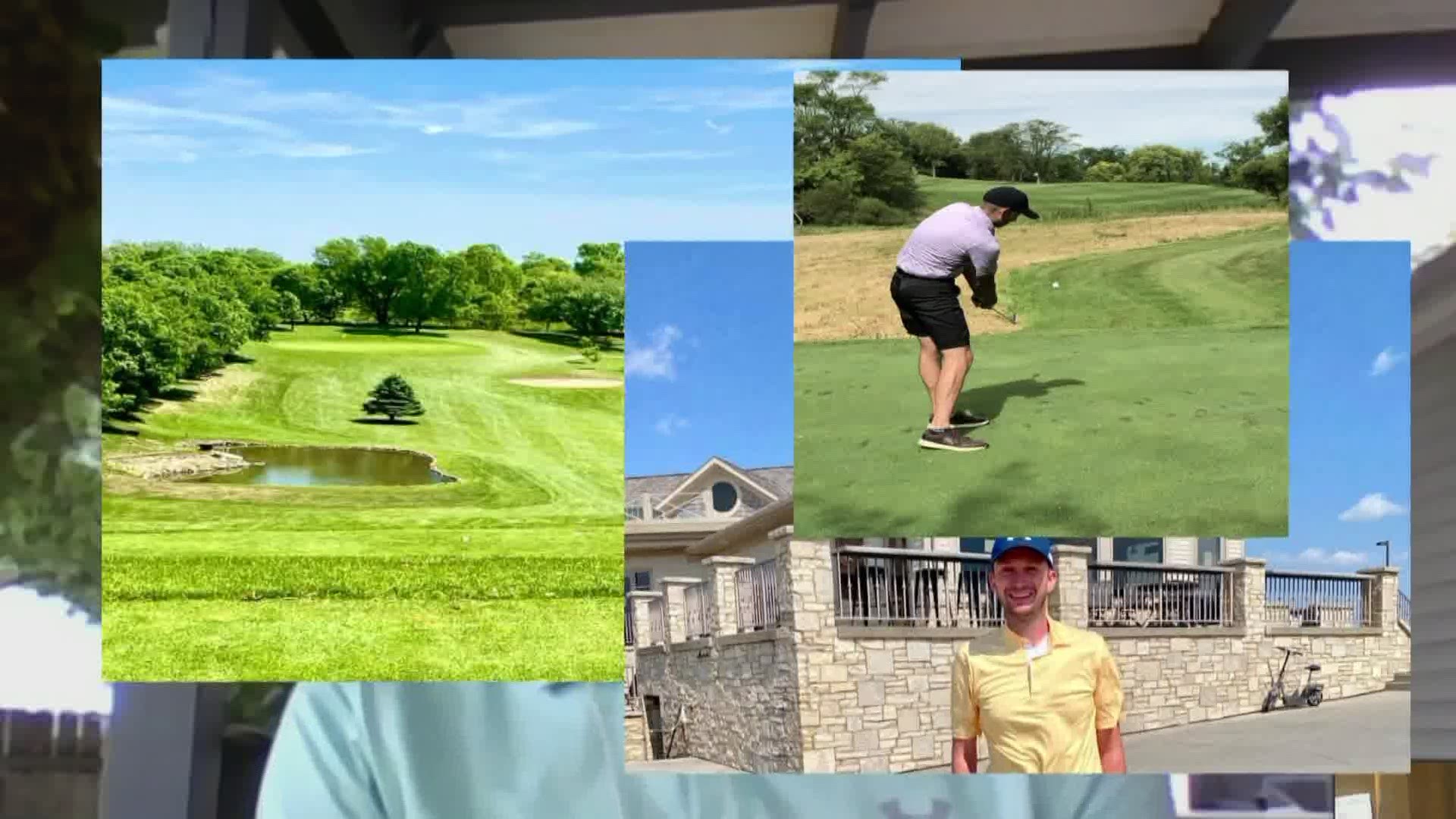 An eastern Iowa man found a lot more time on his hands thanks to the pandemic.

Luckily, he was able to use his hobby to stay busy and even reached a major milestone 25-years in the making.

From the first time Ben Frotscher picked up the game of golf two and a half decades ago, he was hooked. With fewer events and activities happening in 2020, the Iowa City man embarked on a lofty goal to play every golf course in the state.

Over the weekend, he completed his goal.

"We teed up at Talons of Tuscany. It was the very last golf course I had to play in the State of Iowa," Frotscher said. "Popped some bubbly on the 19th hole and it was a fun experience wrapping up, playing every golf course in the state..."

415 courses in total over 25 years, an extra special achievement considering 24 are no longer open.

The courses he's played, all documented in a book he uses as an atlas.

"When i was a kid I had a book my mom got me, it was written by a guy in Jefferson. It was a 'Golf Courses of Iowa' book and that served as my road map of sorts to kind of know where i was going and figure out what courses I should be playing."

Off all the courses statewide, Frotscher says the Davenport Country Club ranks as his favorite and credits his spouse, Danny, as being very understanding to complete his journey.

As for what's next?

"I'm actually going to try and play a golf course in every state and then every continent that has a course," Frotscher said. "So far I've played in 27 states and three continents, so i'm already halfway there on those.

If you'd like to create your own road map of courses in Iowa, the Iowa Golf Association is a great place to start.

RELATED: Iowa Hawkeyes pause workouts until after Labor Day due to COVID-19 spike