The bleachers can't be packed with real fans, so the Booster Club is getting creative 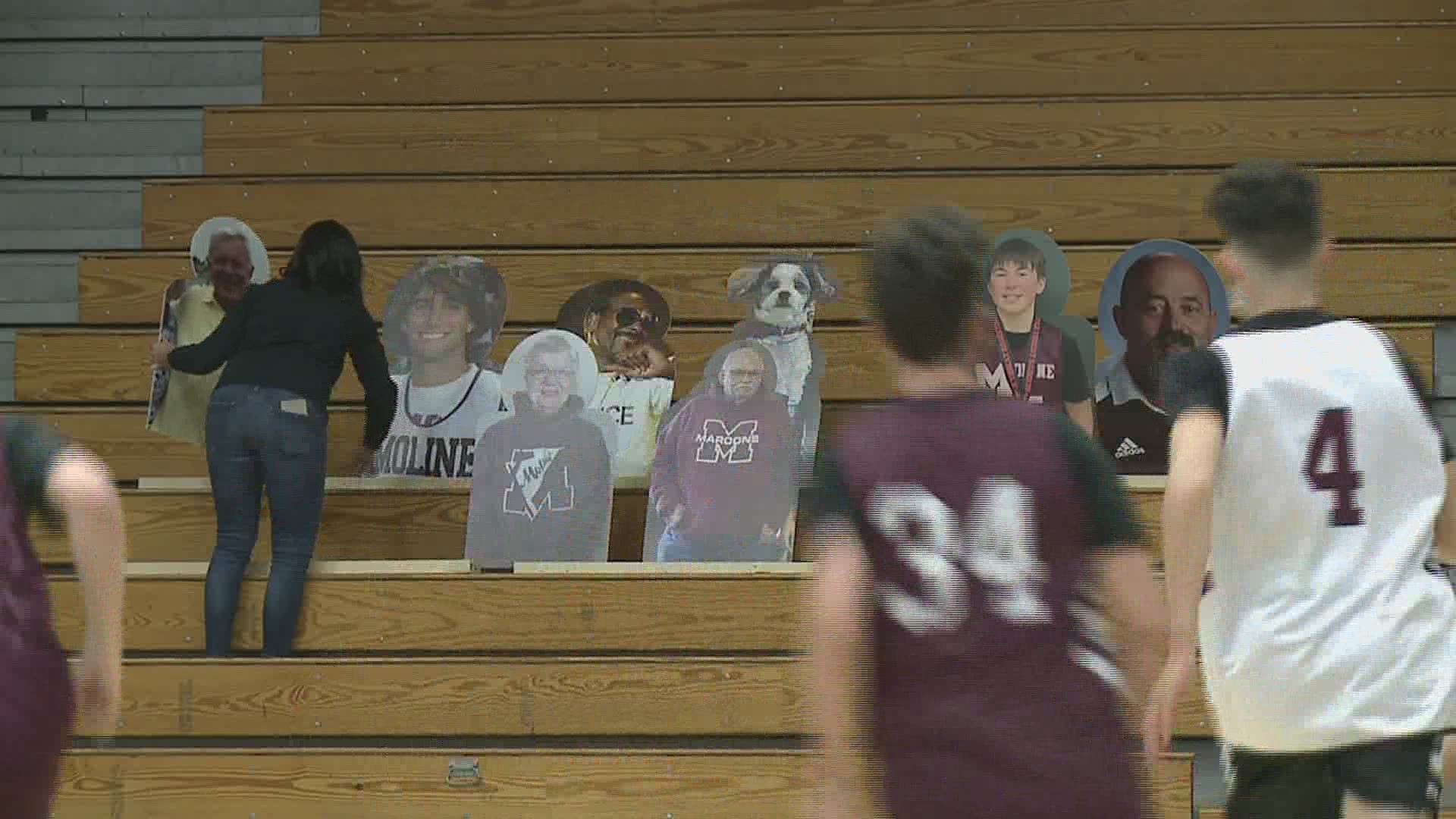 MOLINE, Ill — High School sports are back in Illinois, but it’s not without their limits. Fans are limited to 50 at Wharton Field House in Moline. It’s two tickets per athlete and because of it the stands are looking a lot emptier these days.

Looking for a way to fill them, the Moline Booster Club has come up with a creative way to show the athletes how much support they have. Instead of in person fans, the stands will instead be filled with cardboard cut out fans.

Shannon Harding is the president of the Moline Booster Club. She says she just wanted to find a way to show the players they’re still supported. “They're supported and they have lots of people behind them.” The cutouts can be ordered by anyone, and they can be just about anything.

You can already see grandparents, siblings, pets and even rapper Snoop Dog in the stands at Wharton. Harding saying the guidelines were broad.  “We just put it out and let people decide who they wanted to have in the stands. They got creative.”

Lisa Sanders is the owner of Foxtail Vinyl Designs, and she is the one behind the actual cutouts. She says the process takes a couple of hours for one cutout. She starts at the computer fitting the pictures to the template. From there they are printed, cut and put onto the firmer standings.

These floating heads made their way to Wharton Field House for February 19th’s girls basketball games. Sanders saying, “This is going to give them some familiar faces when that support can’t be there. So, for them to look up in the bleachers I think this is going to be very encouraging for them.”

Ryne Schimmel is in his senior season at Moline High School. With so much of his season already changed, he says seeing this show of support is special to the team. “It’s great to see that. It just shows how much support we get around here and how much they want to see us play.”

Michal Galvin is in his senior season as well. He says for him it’s tough not being able to have all of the fans in the stands. “We love to see it. We love the fans and it kind of sucks they're not here.” The cut outs have reminded him the fans would be present if they could.

It’s an effort to remind these players who’s got their backs. Harding saying, “We’re trying to do whatever we can to get “people” in the stands and that their family and friends are supporting them, and we'll do the best we can to make it the best experience it can be.”

Harding says the cutouts will be at all winter and spring sports from basketball to track and everything in between. For as long as the pandemic is around you can get your face into the gyms to support the Moline athletes.