The conference will revisit the decision next week 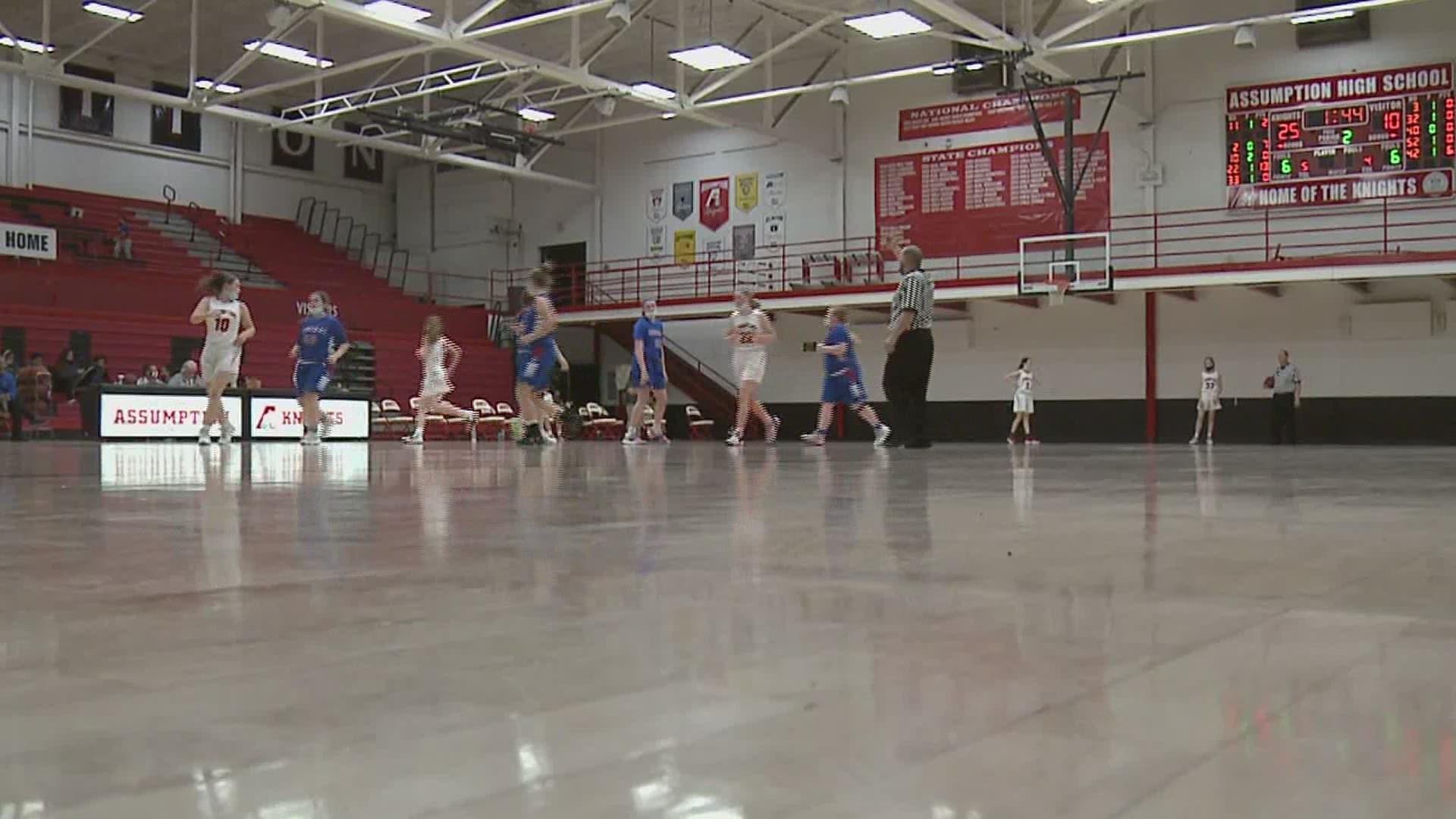 Iowa Governor Kim Reynolds decided January 7th to remove spectator limitations at sporting events across the state. Despite no limit on the number of fans allowed, the Mississippi Athletic Conference has decided to keep the limitations in place for now.

“I have to report back to them with some good footage so they can catch up on the game and see what Lexi has been doing.”

Her fan club, normally much larger, is lightly staffed for the night. Matt Hayes saying, “I think I wouldn't be here if there weren’t limitations. I’m anxious if there are too many people around it just doesn't feel like the right idea.”

Assumption athletic director Wade King says the school will evolve with the times. “We’re open to change and making adjustments and those kinds of things so we'll see how it goes.”

The school is looking to provide a place for students to gather but safety gets the final word. “High school is about the kids and our students and we want our students to have a high school experience. “That might mean coming to games, and obviously that means following the rules.”

Matt Hayes hesitant to spend time in a crowded gym, sharing his daughter Lexi also understands its just a temporary change. “I think she would love to have more support, more fans. I think that's a big part of the game that they're missing, but I know she's also grateful to be able to do anything at this point.”

For now it’s just Lexi’s dad in the stands, camera in hand. The Conference says they will revisit the decision to limit spectators next week.