Huntsville vs Grissom game will be canceled

The rescheduled game between city rivals Grissom & Huntsville will be canceled due to Covid-19. 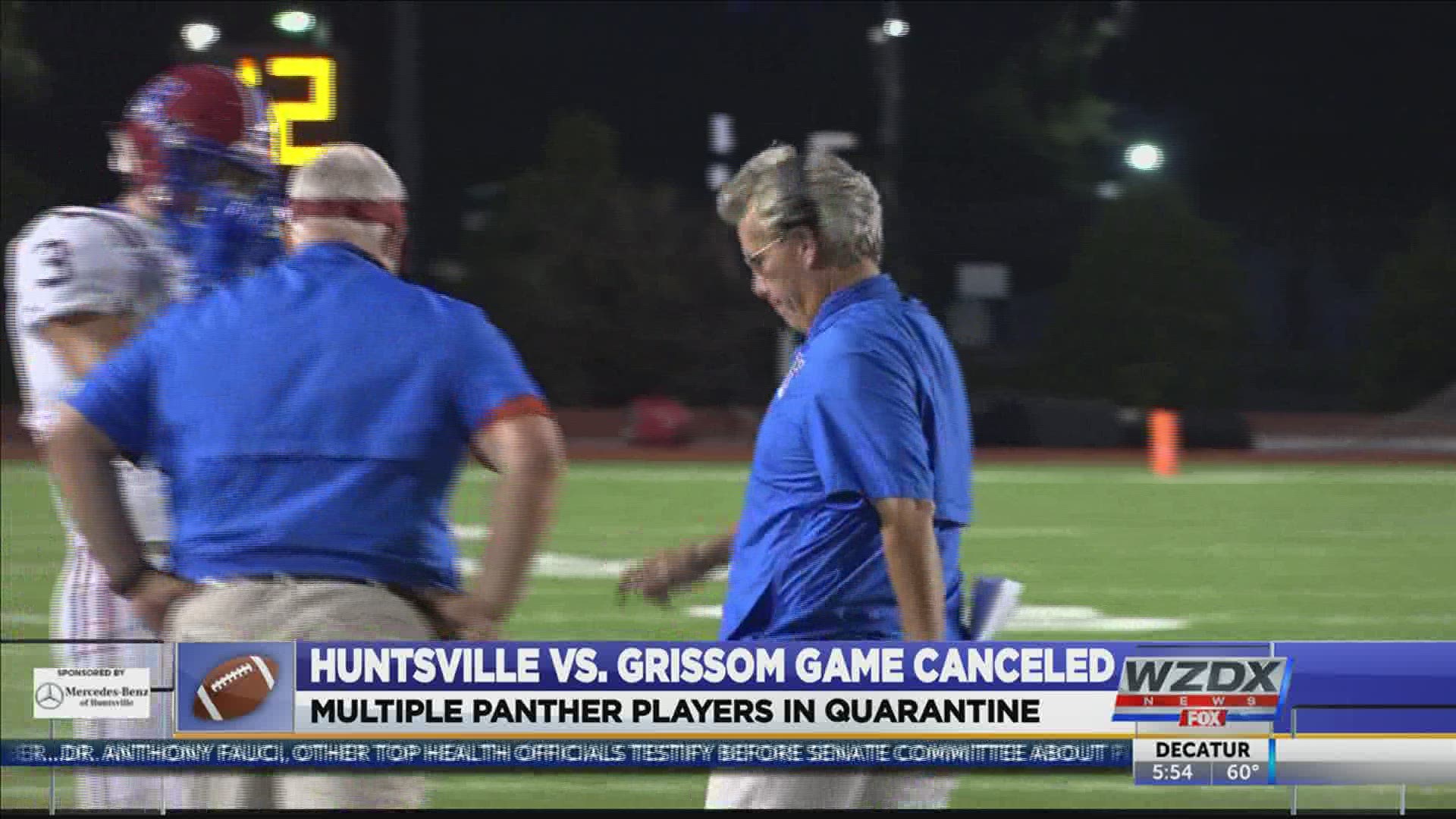 HUNTSVILLE, Ala — Huntsville City Schools (HCS) is canceling the Grissom versus Huntsville game on Thursday, Sept. 24, 2020, due to multiple individuals associated with the HHS football team in self-quarantine.

The next games for both teams are currently scheduled for Friday, Oct. 2, 2020. Grissom is set to face Austin High School. Huntsville’s next game is against Albertville High School.

Huntsville and Grissom were originally set to play on Sept. 3rd, but that contest was postponed due to posts on social media that do not reflect the mission, vision, and core values of the school district.

The district will inform stakeholders of any updates.

BREAKING: I’ve been told the Huntsville/Grissom game scheduled to be played tomorrow night has been cancelled again.

Originally the two were set to play on Sept. 3rd, but were rescheduled for tomorrow night after threats were made by students.