QC native gets special opportunity with US Women's National Team

Galva's Nicole Withrow didn't grow up playing soccer but it hasn't taken her long to find her place on the sidelines. 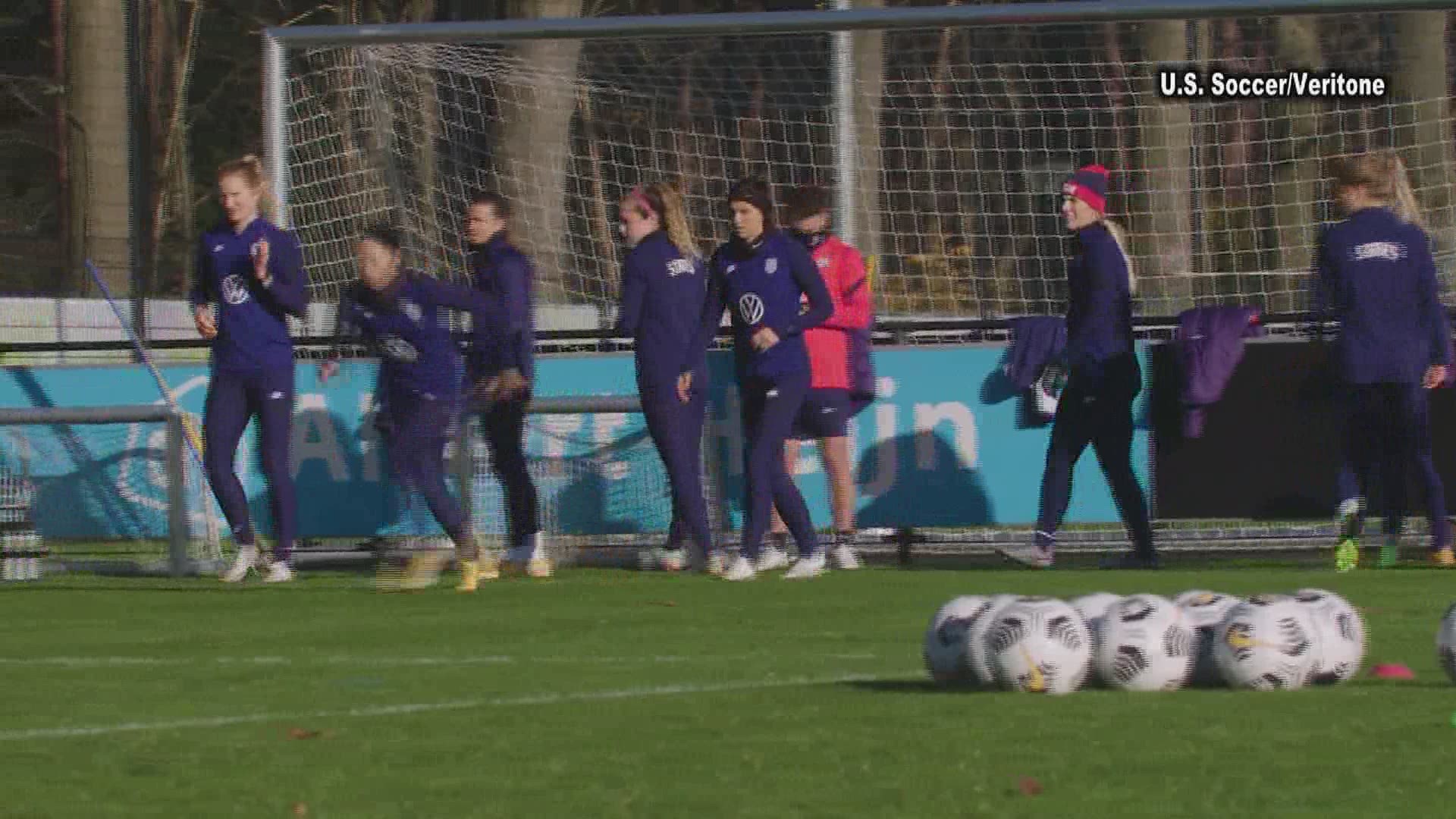 To be the best women's soccer team in the world, it takes a team effort. That's where Galva native Nicole Withrow plays a role in the team's success.

"It's all the behind the scenes aspects that I don't think a lot of people realize." said Withrow.

Withrow is one of a handful of equipment managers for U.S. Soccer and the Women's National Team.

"I have no soccer background and that's the best reaction, people ask, 'So did you play?' and I said no, I did not." said Withrow.

While in college at Western Illinois University, Quad Cities, Nicole Landed an internship with professional soccer teams in Orlando, Florida.

"Junior year of college, I realized I really loved sports and I wanted to see if I could do something in sports," said Withrow. "I applied for all kinds of internships, part-time positions, anything, just to see what would happen."

After months of volunteering and working a different job to pay the bills, she landed a job with U.S. Soccer in Carson, California.

"My mom always told me it's who you know, and she's right." said Withrow.

She was suddenly learning the ropes supporting one of the most successful soccer teams of all time.

"Our day-to-day routine in camp, we have this giant semi full of gear, with these large trunks full of just training gear, jackets, I mean any type of training gear, workout gear you could imagine we probably have it." said Withrow.

When the team hits the road, she's ready to go.

"It was cold in the Netherlands, so hats and gloves, to socks, we set it up if they need something," said Withrow. "We'll have training tops, training shorts, everything set out, we have to know their sizes, Jake helps me with that, we have a little spot with a name plate, and it's just making sure they literally have anything that they could possibly need. It's just all for the players and staff."

Once the players are ready, it's off to the field to help in any way she's needed.

"I didn't have the soccer background so I had to know the dimensions of the field." said Withrow. "If a coach is like 'Hey Nicole, I need you to set this up at the top of the 18,' I'm not saying well what's the 18?"

She says she had no plans on working with the Women's National Team when she applied for the job, but it hasn't taken her long to find a place on the sidelines.

"If the girls don't have to come up and ask me for anything or ask Jake for anything, I'd say we did pretty good," said Withrow. "It takes a village and even though I play a small role, to even do that is an honor."