Erie-Prophetstown Volleyball rally's for a cure

The Erie-Prophetstown Volleyball team rally's for a cure after several mothers have or are battling breast cancer. 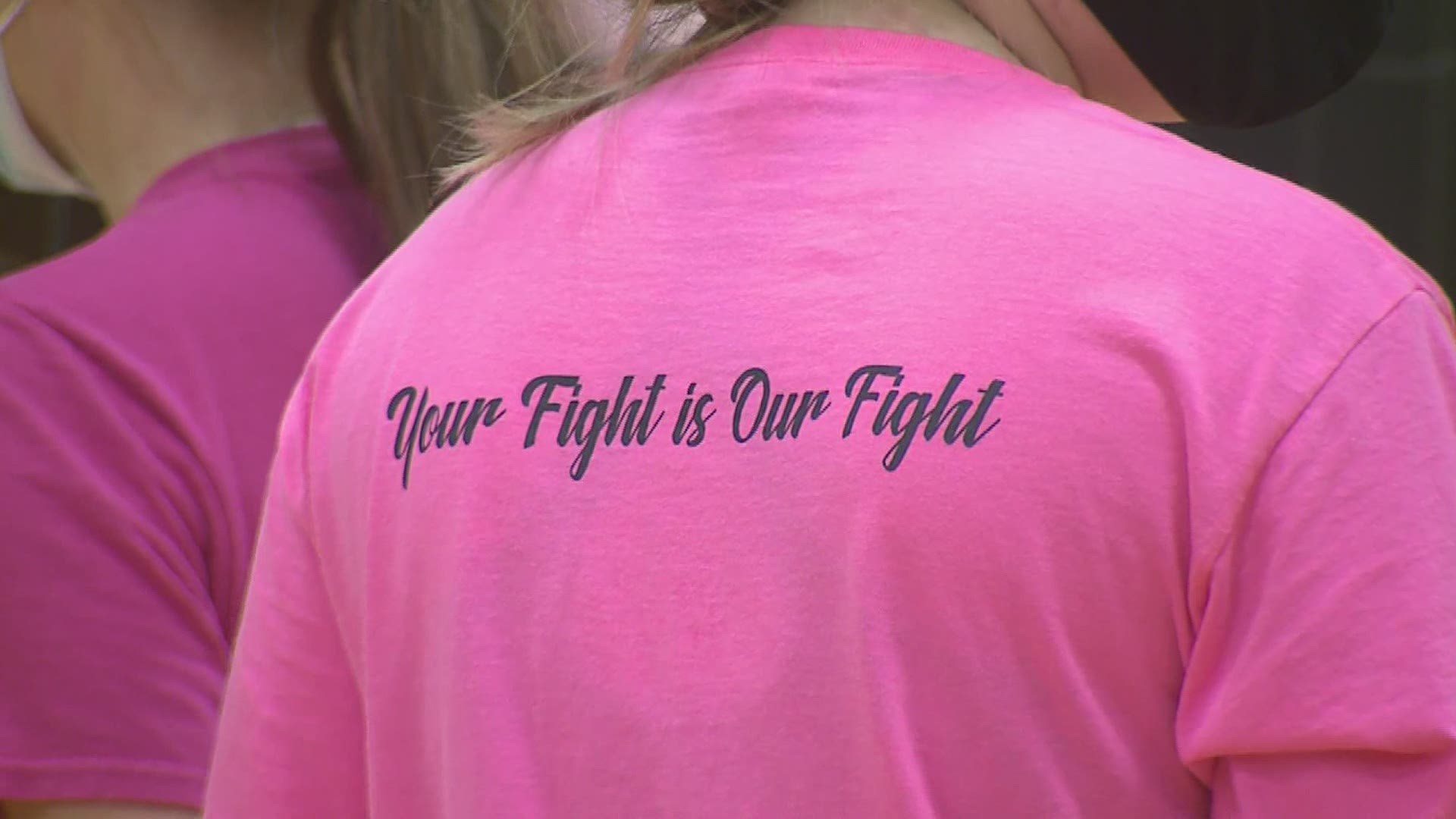 In about three months, the Erie-Prophetstown Panthers will finally hit the volleyball court.

Even with a season on hold, the Panthers are more bonded than ever by the color pink and the fight against breast cancer.

"They understand the impact that it has," added Bruns.

Each day in October, the Panthers shared the story of women in the community impacted by the disease.

EACH DAY IN OCTOBER, THE PANTHERS SHARED THE STORY OF WOMEN IN THE COMMUNITY IMPACTED BY THE DISEASE.

"It is in our community and we do know these people," said Bruns. "We just don't even know they're fighting this battle."

Thirty one days, thirty one faces, thirty one stories of women who courageiously fought a disease so prolific and personal. Women like Celine Neumiller who has four daughters, three on the EP team.

"It's just been very touching that the school cares so much about this horrible disease that affects women of any age," said Neumiller.

Or Ann Schipper whose mother passed away from the disease, then fought it herself.

"We go about our lives and sometimes we just think about ourselves so this is a great way to get to know people and share in their journey," said Schipper. "Maybe they've had it and you didn't know it and you can share that with them."

Or Nicole Olinger who was diagnosed this year.

"Never did I think it would be me that would be the face to the name," said Olinger. "But I did learn that one in eight women end up with breast cancer in their lifetime so it is very important to get the word out for people to be doing their exams."

Their daughters are Panther teammates, but now they are, too.

"Having those pink sisters to help out and just encourage you through the fight is so great." said Olinger.

"My mom was a coach so I kind of grew up in the gym so it's just been part of my life."

Her mom, Mary Davis, a long time volleyball coach at Black Hawk College, passed away from breast cancer in 2017.

"Being on the court is a way to honor her and I want to make her proud." said Davis.

She, and all of her Panther teammates, surely are.