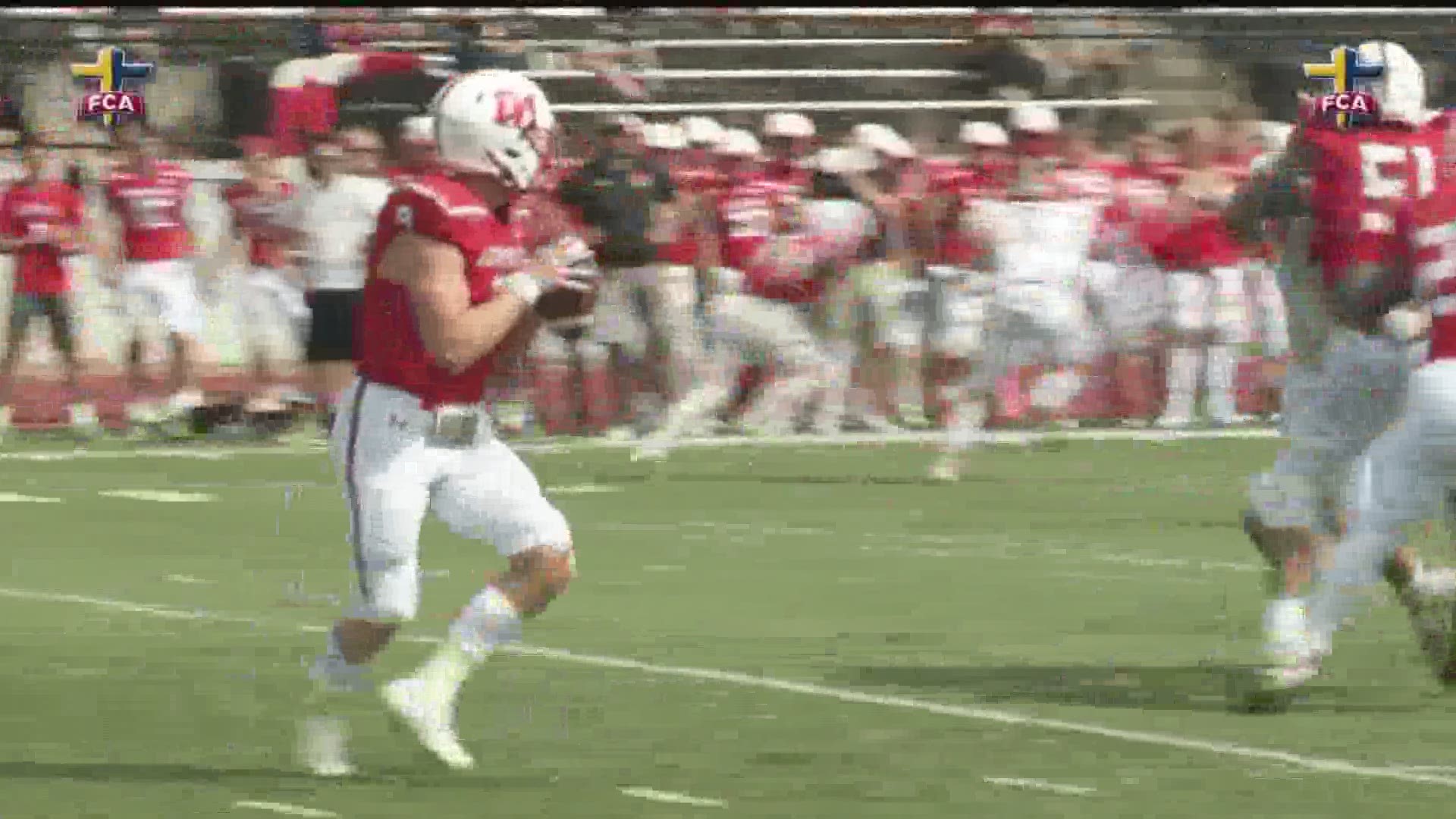 The Midwest Conference announced yesterday that all intercollegiate sports competitions are canceled until December 31st.

Monmouth College plans to spend the fall focusing on individual growth for their student-athletes.

With August just around the bend April Zorn Memorial Stadium would normally sit empty for just a couple weeks longer at Monmouth College.

But this season there won’t be any athletes hitting the turn for competition any time soon.

“We were having ongoing conversations since the spring so we definitely knew it was a chance. We think that our fall and spring athletes are still going to have a lot of benefit.”

The Scots might not be able to suit up but Haynes knows the season won’t go to waste, with athletes instead taking the time instead to work on individual growth.

He says, “There’s certainly leadership opportunities, there’s physical conditioning opportunities for them, and then they can have chalk talks and learn technical skills from all their coaches.”

Teams get 114 days of practice each school year.

Coaches can use some of those days this fall as well as save some for the spring.

Haynes says those practices probably won’t be as often this fall with no competition. “Modified practices in some version. I’m sure that won’t be 5 to 6 days a week for most sports.”

Every three in five students at Monmouth are athletes, many dependent on aid. President Clarence Wyatt stressing that the cancellation of sports, won’t cancel that aid.

The Midwest Conference will continue to reevaluate the situation as the semester goes on.

President Wyatt saying, “The fact of the matter is that the virus is ultimately in control of all of these things.”

Haynes wants to encourage athletes that their time will come back around. All athletes that cannot compete this fall will have the ability to waive their season to play next year.

And while the fields may be empty this fall most student athletes are holding out hope for some form of competition this spring.