After two months on the road playing travel ball, E-P's Clayton Johnson is ready for the next step in his baseball career. 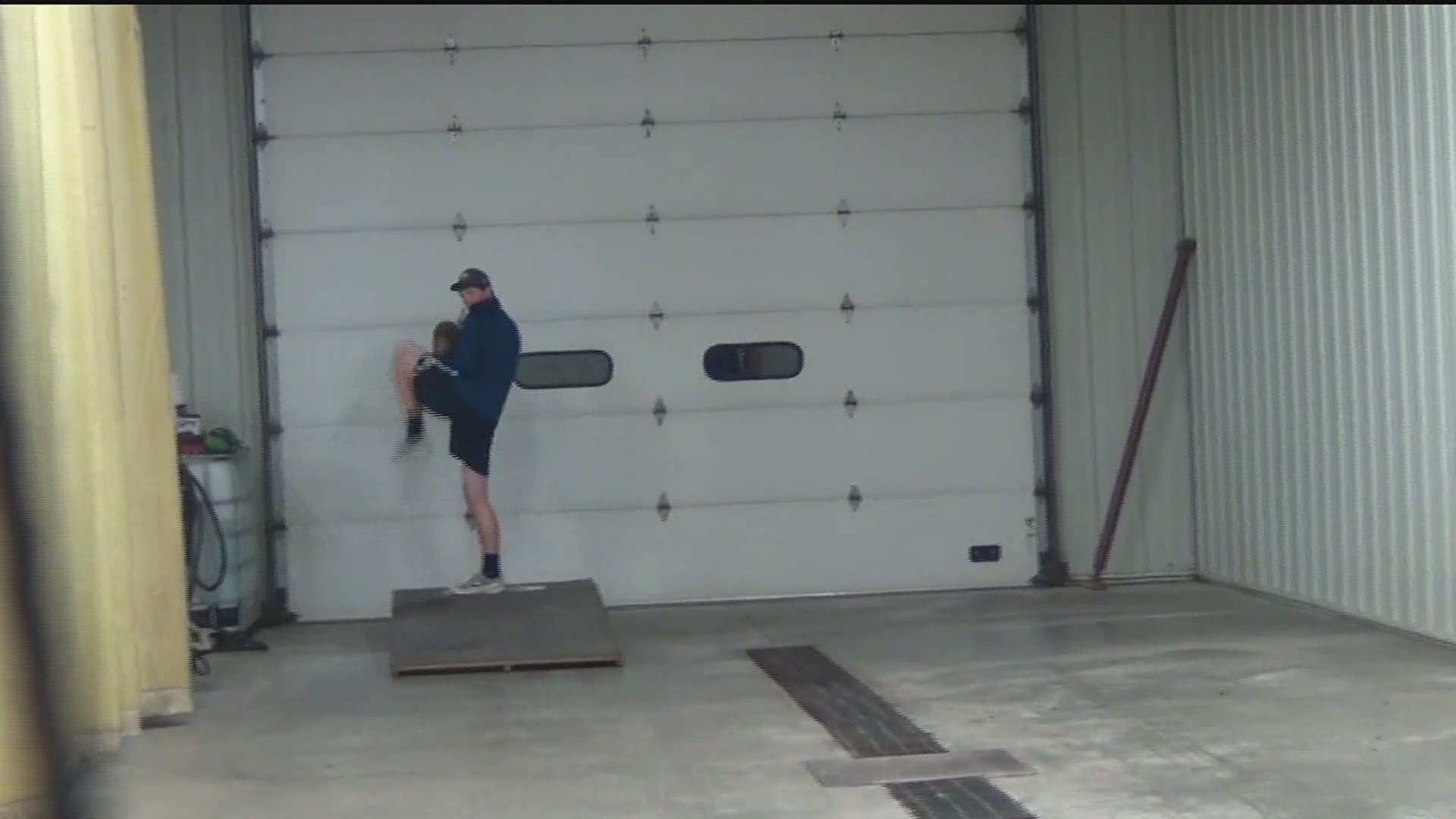 PROPHETSTOWN, Illinois — The grass was over grown, and the tarp still draped over the mound. The Erie-Prophetstown baseball field hadn't seen action in quite sometime until Panther product Clayton Johnson and his brother Liam played catch on the field on a Thursday afternoon.

"I think I added three to four miles per hour on my fastball this summer and really was able to get a grip of off-speed pitches." said Johnson.

Johnson worked hard all summer long preparing for the next step in his baseball career.

"Just trying to make a good name for Illinois and make them confident that I'll do well there." said Johnson.

Clayton, like so many others, didn't have a senior baseball season this spring.

"I actually have a mound at my house so I threw like two bullpens a week," said Johnson. "I was able to stay in shape for the summer."

He played travel all with the Chi-town Cream, an 18U team that travels all over the country playing and developing top level talent.

"We all tried to quarantine as much as possible in the hotels," said Johnson. "Usually we took two separate vans that the coaches drove but this year they hired a driver and a big stage coach bus and we just road on that from place to place."

Johnson and his teammates were on the road for about two months starting in June. He said he grew as much as he could before heading to the college ranks in Champaign.

"The mental game is huge," said Johnson. "That's probably 70 percent of the game. You just got to get out of your own way to be able to do good and I think it was definitely a challenge playing for the Cream this summer but I definitely think I grew physically and mentally."

The 6-foot-8 right handed pitcher -- who dealt 57 strikeouts last season -- is well aware of what he brings the Illini.

But he's determined to show much more than just that.

"I've just got to be a role player my first year and achieve my personal goals as my college years go on." said Johnson.