Cam was right for the Carolinas, like him or not

Newton's style was not for everyone, but the QB is the most influential player in Panthers history 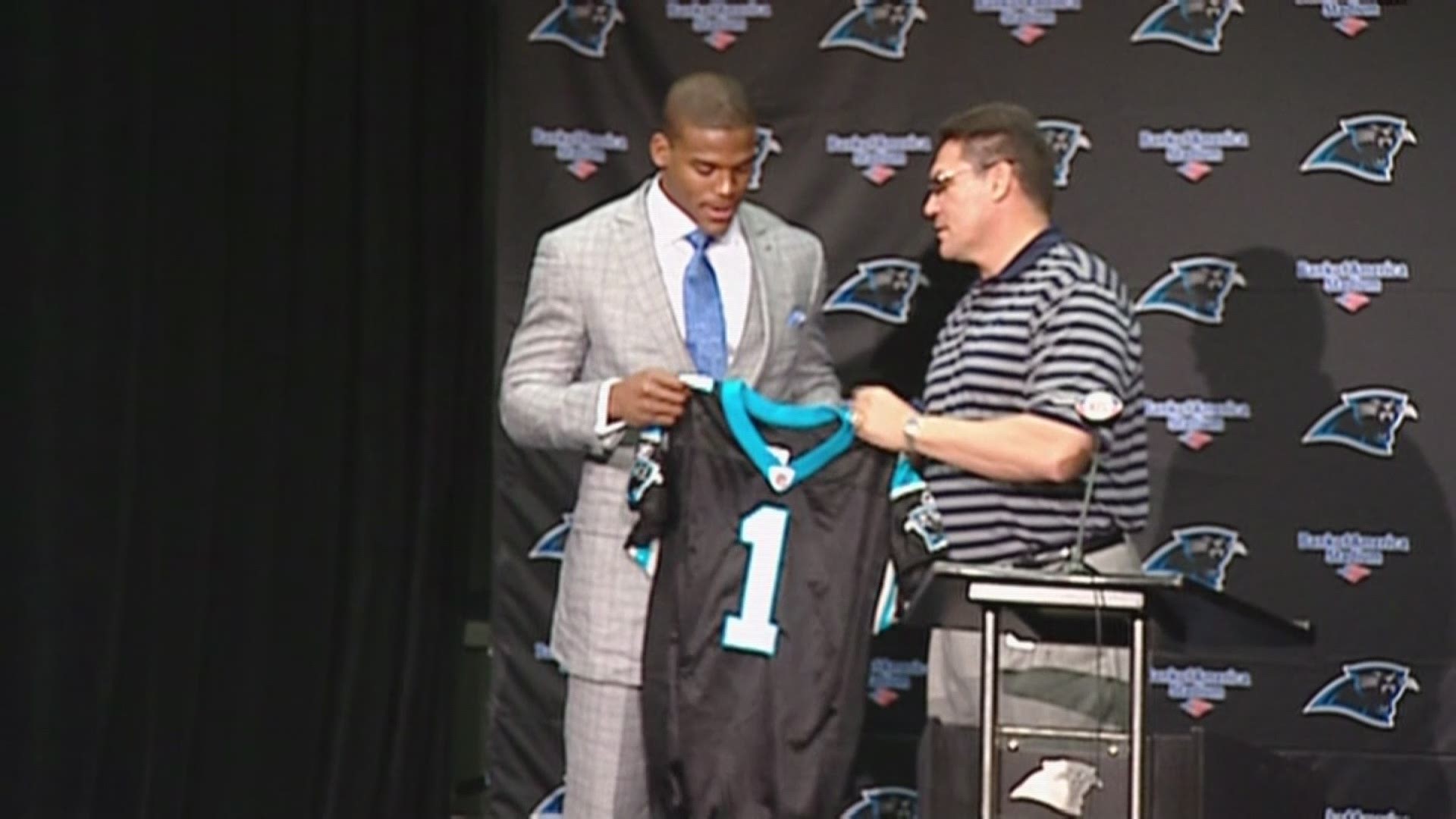 CHARLOTTE, N.C. — In Cam Newton's first availability with the Charlotte media after being selected No. 1 overall by the Panthers, he said: "

Newton's greatness was something that had never been seen before in the NFL. It was hard to put in a box. Or define. And it certainly was not for everybody.

But for nearly a decade, Newton made the Panthers as great as he could. For one year, 2015, he was the greatest. Period.

Championships are part of "greatness," I'll give you that. But it's not definitive of it.

Newton did win a NFC title in 2015. And there are too many stats and firsts to list. But they all say the same thing.

There has never been a better passing and running quarterback in league history.

Press conference slip ups will be forgiven years from now. Newton's impact on the Carolinas will be remembered forever.

On a football field, and in front of a microphone, Newton was not perfect. In the community, it didn't get any better than Cam in the Carolinas.

There were nights QB1 was a pure showman and had Uptown Charlotte wrapped around his finger.

Not to mention the thousands fed, advanced and uplifted.

At his final media availability with Charlotte media the night of his latest Cam's Thanksgiving Jam, Newton said: "Even though I'm born and raised in Atlanta, Charlotte is home. For me to have that type of presence...reminds you...that it's right."

Cam Newton was right for Carolina, like it or not.