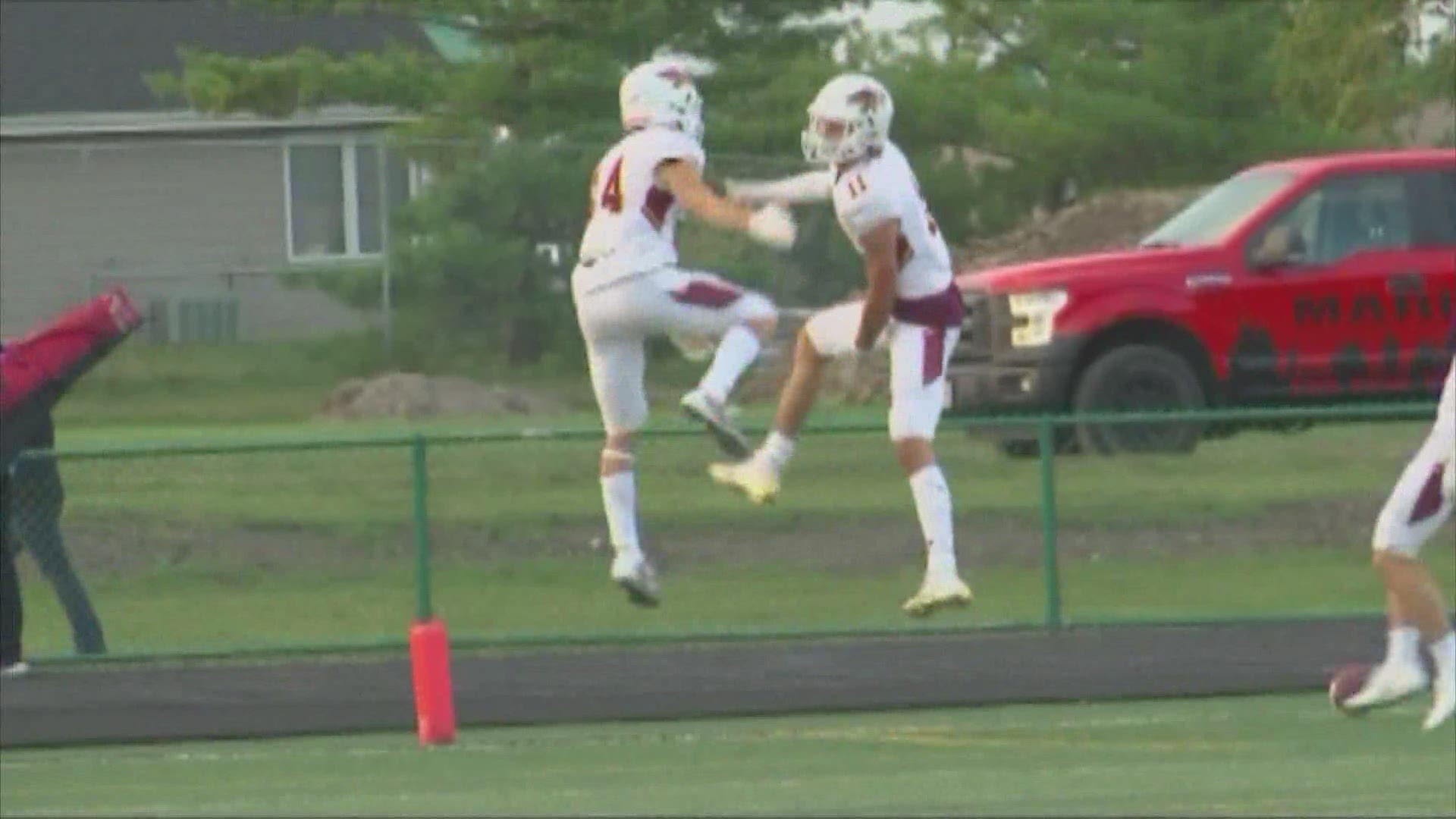 The Iowa Hawkeyes did more than just send a few players to the NFL with this past draft. It helped them land Iowa’s top recruit at receiver in the 2021 class.

Ankeny’s Brody Brecht announced he’ll go from being a Hawk to a Hawkeye after his high school career.

"A big part of that was, you know, just kind of like watching the NFL Draft you know and hearing all the Iowa Hawkeyes you know all that all their names called and you know I just felt like Iowa is best school to get me, you know, into the NFL."

That is the dream after all for Brecht, to one day play in the NFL.

"Ever since I was a kid. Everybody used to call you crazy, you know you're not gonna make it..."

Brecht says he will fit in the offense in the same manner as Brandon Smith currently does as the x receiver. While The Hawkeyes haven’t been known for a high flying passing game over the years, Brecht saw more than enough to know Iowa City was the right fit.

“If you look at the numbers you know they kind of did throw in a decent amount last year and you know they're just, they're just gonna get the ball out of their play makers so you know I want to be that play maker you know and be that guy out there getting the ball to.”

He also is hoping to be a multi-sport athlete, playing baseball in the spring for Iowa as well. Getting his commitment done was a relief as he gets ready for his senior season with Ankeny.

"A huge weight off my shoulders you know I can I can just kind of relax now."

He will now turn the focus to the fall where the Ankeny Hawks will open their season against Centennial at the end of August.

"There's definitely you know so that rivalry going on and you know um oh four three you know freshman sophomore junior so you know I'm not, I'm not going to go four and oh."

Then after that, the goal remains to go out on top before joining the Hawkeyes

"Win the state title. I mean, preseason you know ranked one and one with Dowling. You know we got a lot of returning starters, you know. I mean, I think we have a shot to win the title you know we just got to, you know, stay focused and get to work."