One of Bettendorf's wrestlers kept making history on the mat, and has now done what only two other girls have done in Iowa history. 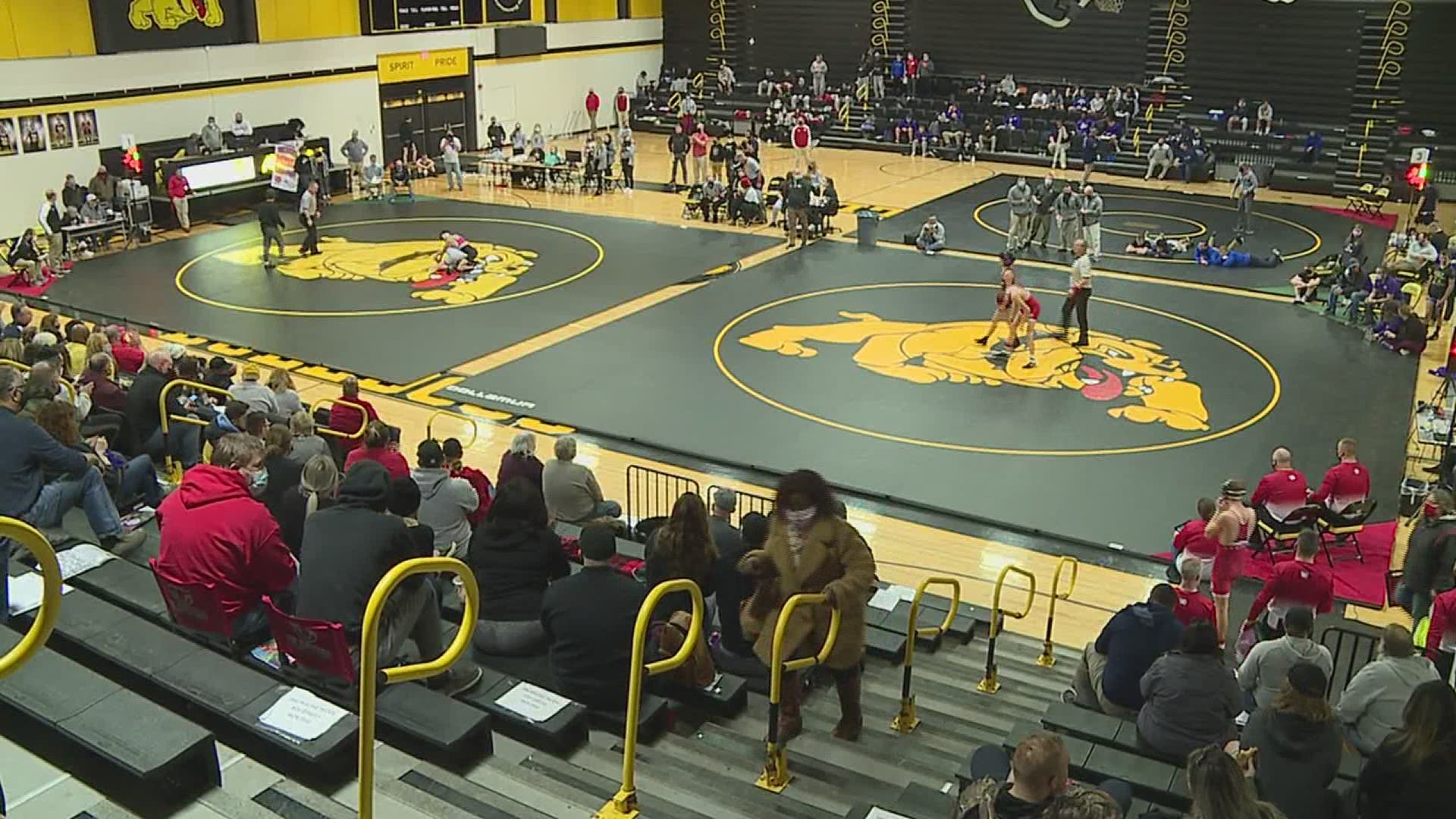 BETTENDORF, Iowa — Bettendorf hosted the 3A district meet for wrestling on Saturday, February 14. One of Bettendorf's wrestlers kept making history on the mat, and has now done what only two other girls have done in Iowa history.

With a storied wrestling tradition in Bettendorf, it takes a special kind of determination in each athlete.

At the 3A district meet, Ella Schmit is adding to that history.

"She's the first girl to ever be the full-time starter here at Bettendorf," Hill said.

With a smile on her face and talking with her coaches before her semi-final match, Ella was feeling good, as one of three girls wrestling at the meet with the goal of earning a trip to the boys state tournament.

"We didn't know how it was going to work out but she's really done well," said Matt Schmit, Ella's dad.

Matt watched from the side as Ella wrestled Davenport North in that semi-final match, eventually pinning him for the win, and advancing to the championship match.

"She came back and powered through it and did what she we knew she could do," said Heather Dohrn, Ella's mom.

In the final match, Ella tried to avenge one of her two losses: the top-seeded wrestler from Davenport West.

"It's, definitely déjà vu when I'm out there wrestling the same kid, throwing the same moves," Ella said.

The Davenport West challenger was a tough opponent, one Ella could not overcome, for just her third loss of the season.

"I know that I improved from the last match, it was a lot closer, but still not really satisfied with the outcome," Ella said.

Ella faced the same opponents in the district meet as she did at the MAC Conference championship meet, in the same order.

But, Ella still reached one of her goals, making it to the boys state tournament, just the third girl to ever qualify for the IHSAA state meet, and the first from Bettendorf.

Ella took second place, which qualified her for the state meet.

"It'll be fun to look back on, but in the moment I'm just focused," Ella said.

She's improving with every match, while adding her story to a historic Bettendorf program.

Another girl, Jasmine Luedtke from Ottumwa, also qualified for the state meet in the same weight class as Ella. The state meet is in Des Moines and begins on Wednesday.