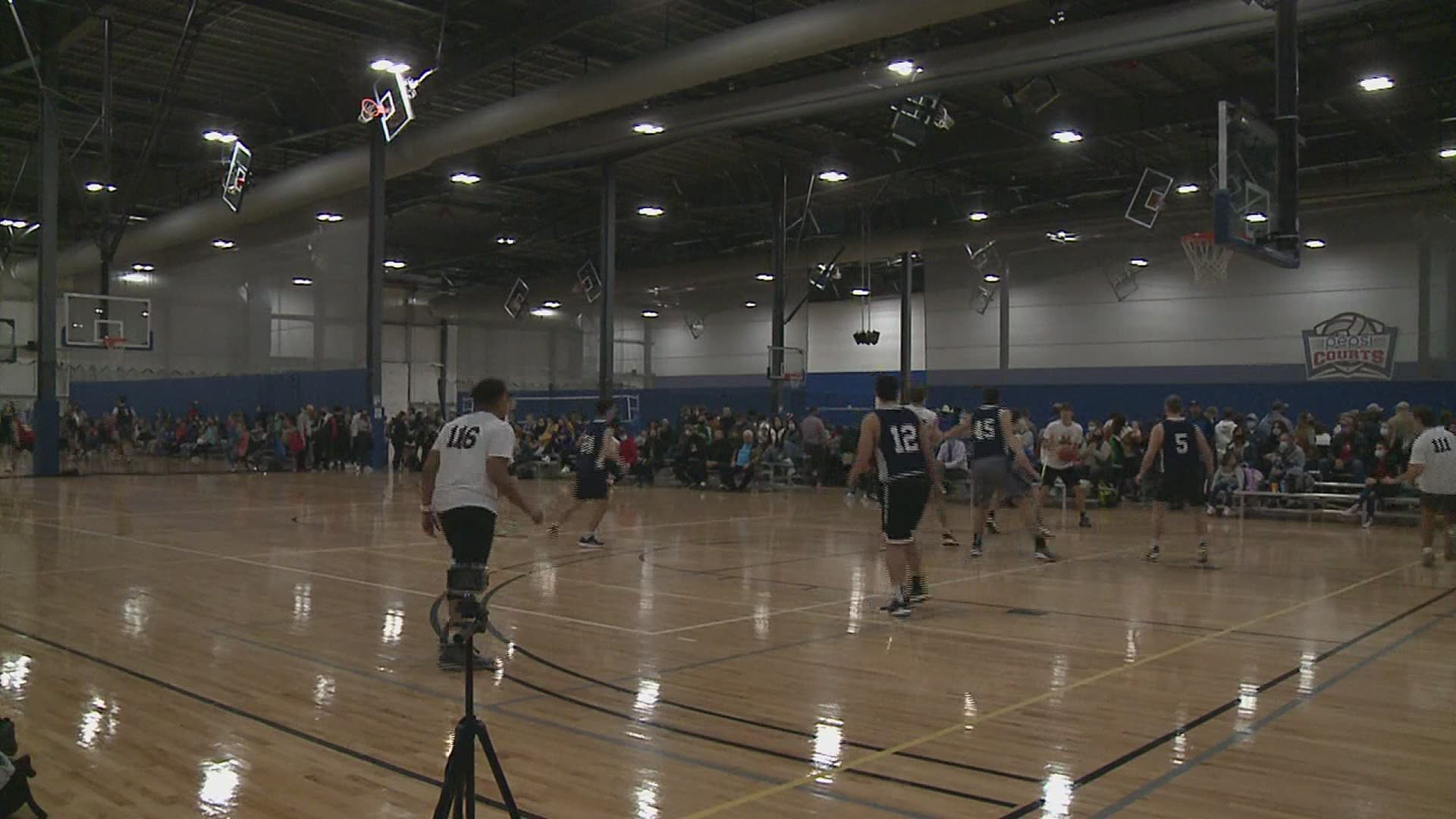 BETTENDORF, Iowa — From the balcony of TBK Sports Complex in Bettendorf Iowa the basketball tournament spanning four courts looks like any other tournament.

What’s less obvious is that nearly every player is from Illinois. Rico Byrd goes to Alleman High School in Rock Island. He says its been a year since he last played with his school team.

Byrd saying, “It feels good just to get back into playing games even if it’s not a part of the real season.”

Jump the river into Iowa and you’ll find a whole underground network of Illinois high school athletes playing each other.

United Hoops Network Organizer Kirk Whiteman says he wanted to provide a place for athletes who aren’t being given a chance to play a spot to do so. “We’re in a situation where we’re really trying to just maintain, let people sign up for 9 weeks, 3 weeks, until a final decision is made regarding high school sports in the state of Illinois.”

It’s a ten-week tournament that has each team play two games a night.

Whiteman saying, “How important these games are to kids mental health? They want to be out and doing something.”

Tonight 45 teams are participating, and it’s just going to get bigger from there with 19 more joining by February. The teams are not just coming from Rock Island and Moline either.

Jaxson Sturtebant says practically his whole high school team is making the trip from Lanark, Illinois. It’s about an hour away from Bettendorf. Sturtebant saying, “Coming here is a nice opportunity to let me play and all that.”

TC Ottens made the 45-minute trip from Morrison, Illinois. He says it was devastating to learn he wasn’t going to have his senior season. “I had a lot of goals in mind that I wasn’t able to accomplish. Coming over here I feel back in the game.”

He’s looking to play in college and this tournament may be his chance to do that.

Whiteman saying, “We’ve planned, if there’s not going to be a season, getting rosters of kids phone numbers for college coaches. We have college coaches here tonight.”

It’s one way these athletes are getting around the rules and back on the court.