Here's how the sport of baseball has weathered past pandemics

Coronavirus is not the first pandemic to affect the MLB. But how does the response to the 1918 Spanish flu compare to today's response to COVID-19? 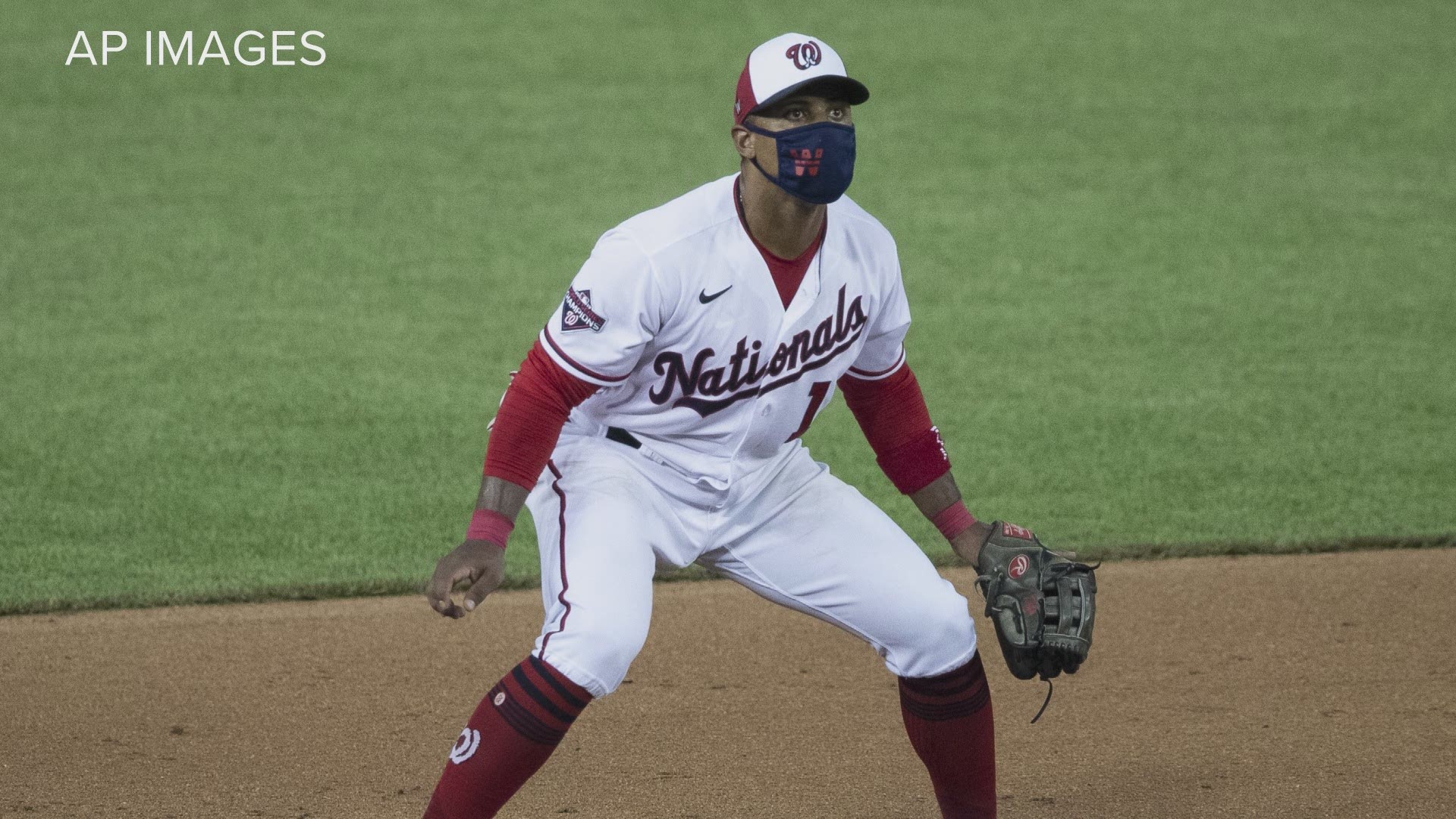 WASHINGTON — It's a scene like no one has ever witnessed. A government struggles to react, while the science tries to catch up with a virus never-before-seen by humanity. Baseball players and fans don masks to protect themselves and others from a deadly virus. America's pastime plays a shortened season for the first time in memory, while the world is seemingly in turmoil.

As all 30 MLB teams prepare to play meaningful baseball in 2020 after the longest hiatus in the league's illustrious 144-year history, WUSA9 looked at its storied past to draw parallels to the present.

When looking at photos from the 1918 pandemic it's easy to see the comparisons. Cities urged their citizens to wear masks and avoid large crowds. People, old and young, wore white masks to keep themselves safe. Fraudulent cure-alls ran rampant, as many believed gargling saltwater could prevent the flu. 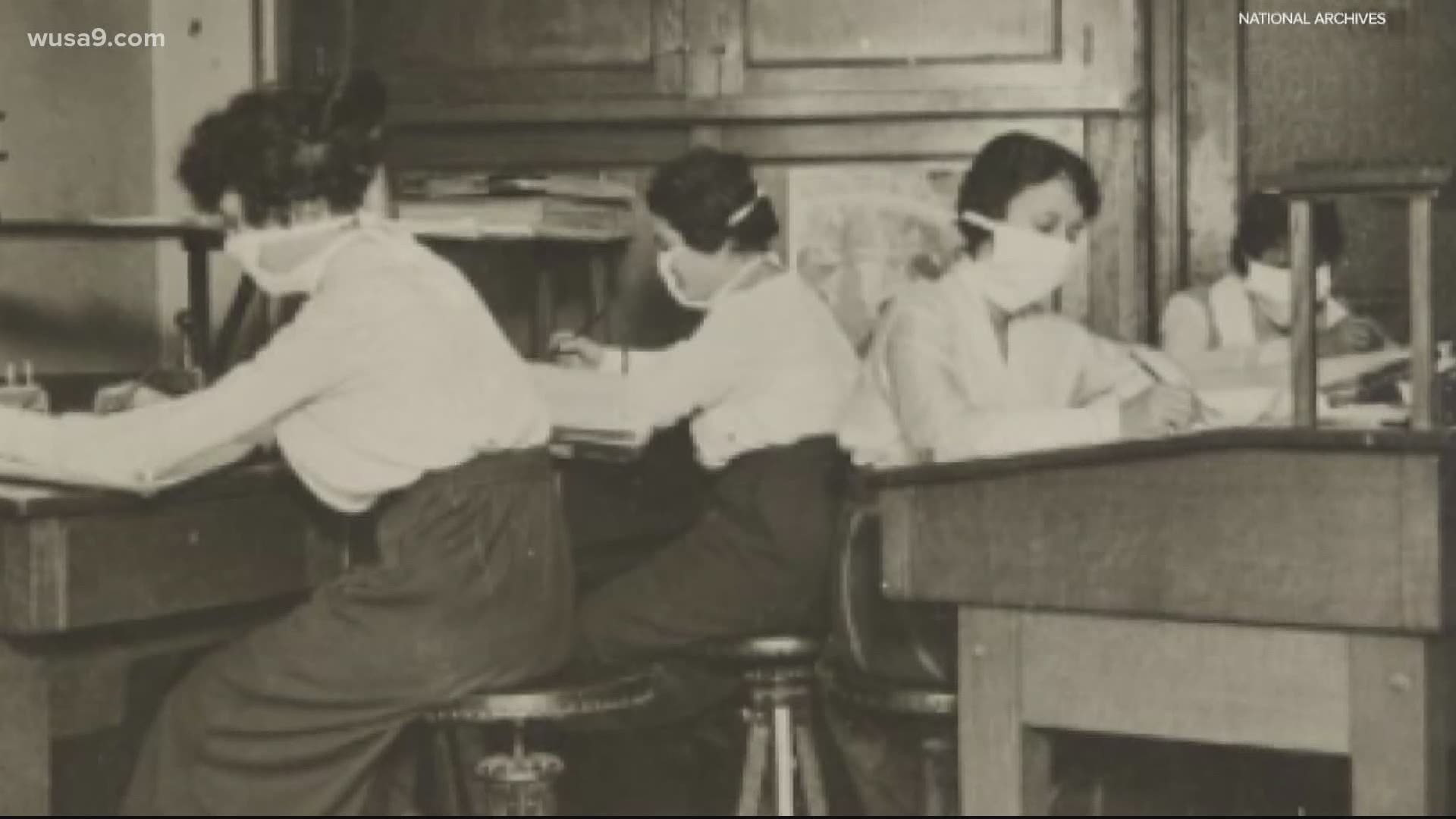 However, during the baseball season of 1918, owners, players and fans were ill-equipped and ill-prepared for what was to come. Washington, D.C. baseball historian and longtime broadcaster Phil Wood said the virus itself, was much worse for society 102 years ago.

"I think it was far more serious then than now, only because the technology wasn’t where it is now," Wood said.

Historians point out the flu was typically much deadlier a century ago. Flu vaccines had not even been invented yet, and this new, fast-developing variation was like nothing people had seen before. Though records aren't what they are today, the CDC estimates 500 million people died worldwide.

While the flu was deadlier, its impact on Major League Baseball was limited, compared to today, in part because of geography. Historians believe the new strain of influenza originated in the Mid-West. The first known case of the virus was in March 1918 at Fort Riley in Haskell County, Kansas while the U.S. prepared to increase its presence in World War I.

Today MLB has a sprawling presence across the continental United States, with teams as far Northwest as Seattle and as Southeast as Miami. It was a different story in 1918.

There was an American League and a National league. No divisions, no wild card games and only two teams make the playoffs. The whole league was about half its current size with just 16 teams.

MLB only reached as far west as St. Louis, which is nearly 600 miles from Fort Riley. So today while teams are jet-setting from city-to-city, the 1918 flu spread slowly, only exacerbated by international forces boarding ships to aid in WWI.

Even so, baseball did not go unscathed. The virus claimed the life of well-respected umpire Silk O'Loughlin at just 46 years old, according to the National Baseball Hall of Fame. Sports journalists weren't immune either. Boston Globe sportswriter Eddie Martin and Philadelphia writer Chandler Richter succumbed to the Spanish Flu.

Of course, now customs are different. Sports journalists don't routinely fraternize with players, and for the 2020 season, broadcasters won't travel with their teams. Instead, when a broadcaster's team is on the road, they'll announce the game virtually.

While no players directly died from the Spanish Flu, many baseball historians believe it may have affected some of the biggest stars, including Babe Ruth. According to the Smithsonian, the young slugger interacted with soldiers coming directly from packed barracks where the 1918 pandemic is believed to have started. The Boston Globe wrote Ruth "was the life of the party and fraternized with a lot of the soldier boys from Camp Devens" on crowded train cars en route to Spring Training in March. Just two months later on May 19, Ruth came down with a fever that landed him in the hospital for days. Of course, he made a full recovery on the way to a legendary hall of fame career.

Today, rather than traveling on public trains or moving through airports, teams are trying to isolate their players as much as possible.

"This is obviously a different time," Wood said, "This is interesting now, because of this whole idea of creating these bubbles for teams. No one would’ve thought of that 100 years ago, it was unheard of."

If you think we're more unlucky than usual in 2020, you might be onto something. The timing of coronavirus had a major impact on this baseball season. As compared to 1918, the Spanish Flu peaked during typical flu season, late fall into winter, which means it did not have the same impact on the season. So while owners agreed to shorten the 1918 season to lessen the impact of WWI, they were not forced to prematurely end the season due to the flu.

"From a timing standpoint, the flu actually came at a better time for baseball -- it didn't have the same kind of impact if it had arrived three months earlier," Wood said. "The key to the whole thing is that the 1918 flu pandemic didn't really reach its peak into mid-September, later in the fall. Well, the World Series ended September 11th, so the fact is World War I had a much greater impact than the flu did."

After spending nearly 50 years in the game, how does Phil Wood think the shortest season in baseball history will be remembered? He's not pulling any punches.

"When all is said and done I just don't think baseball historians will really look at this season as anything more than a gimmick," he said. "Basically we made the best of a horrible situation."

RELATED: This week in history: The last shortened baseball season was in 1994