While the ballpark sits empty, not a blade of grass is out of place. 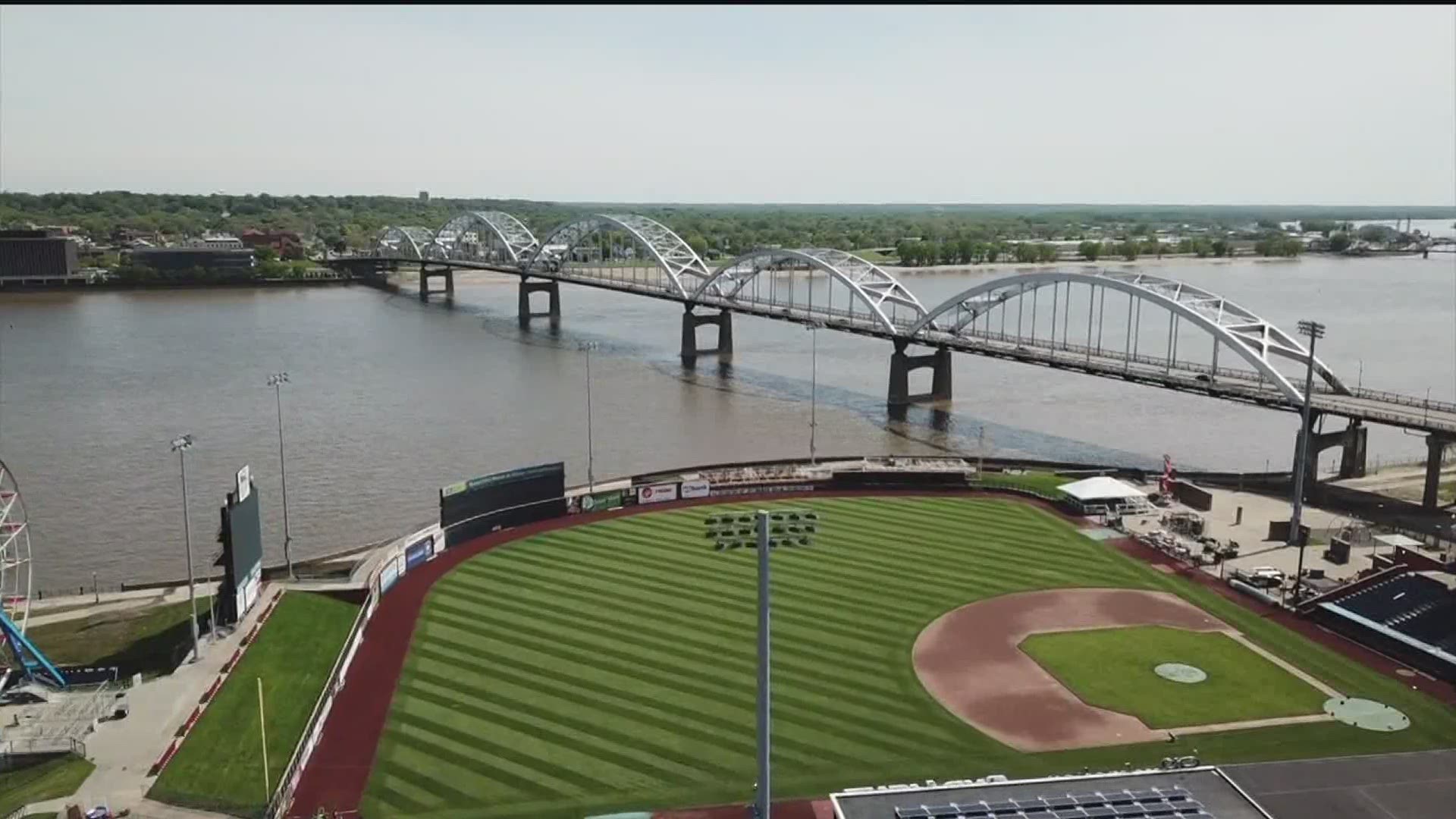 DAVENPORT, Iowa — Instead of the sounds of baseball and the stands filled at Modern Woodmen Park, you'll find not a seat taken, not a blade of grass out of place, and hear the lonely roar of Head Groundskeeper Chris Kelley on his mower.

"Last week of February or the first week of March I was able to get out here and start mowing," said Kelley. "That's really the bulk of what I've been doing."

The River Bandits opening day has come and gone, but Kelley has to act as if a game could be played tomorrow.

"I've just been treating it as if we have games going on and doing everything as I would normally." said Kelley.

He's kept the field ready with no idea when or if the River Bandits could hit the field this season.

"Right now, we're kind of just clearing weeds off of the field," said Kelley. "I've been wanting to work on edging the warning track."

Taking care of the ballpark is a meticulous job that starts long before the first pitch is thrown.

"It'd get here probably around 8 o'clock," said Kelley, talking about preparing for a night game. "I'd mow. It's always the first thing that gets done because that's the most time consuming."

Being a grounds keeper requires more than a touch of perfectionism.

"I pay more attention to detail than what's expected," said Kelley. "That's mostly around the mounds and around home plate. That stuff you want smooth and a certain degree of slope. If that stuff isn't on and I know it, it bugs me until I can get out there and fix it."

It takes a special kind of person to literally want to watch grass grow -- but he loves what he does.

"I was an exercise science major so I never had the thought process of going and studying grass," said Kelley, a 2019 Monmouth College grad.

The baseball fan inside and the grounds keeper are a bit conflicted. .

"I'm a big baseball fan in general so the sooner we can get games going the better just from that standpoint," said Kelley. "But at the same time I’m kind of thinking like, don’t mess up the field too much."

Kelley knows one thing for sure: whenever baseball returns to Modern Woodmen, the field will be ready.

"I think it's looking pretty good," said Kelley. "I'm pretty happy with it."