'Now it's just part of our uniform': Why the Assumption Lady Knights are masking up on and off the court

The Lady Knights are doing everything they can to make it back to state -- and take things further this season. 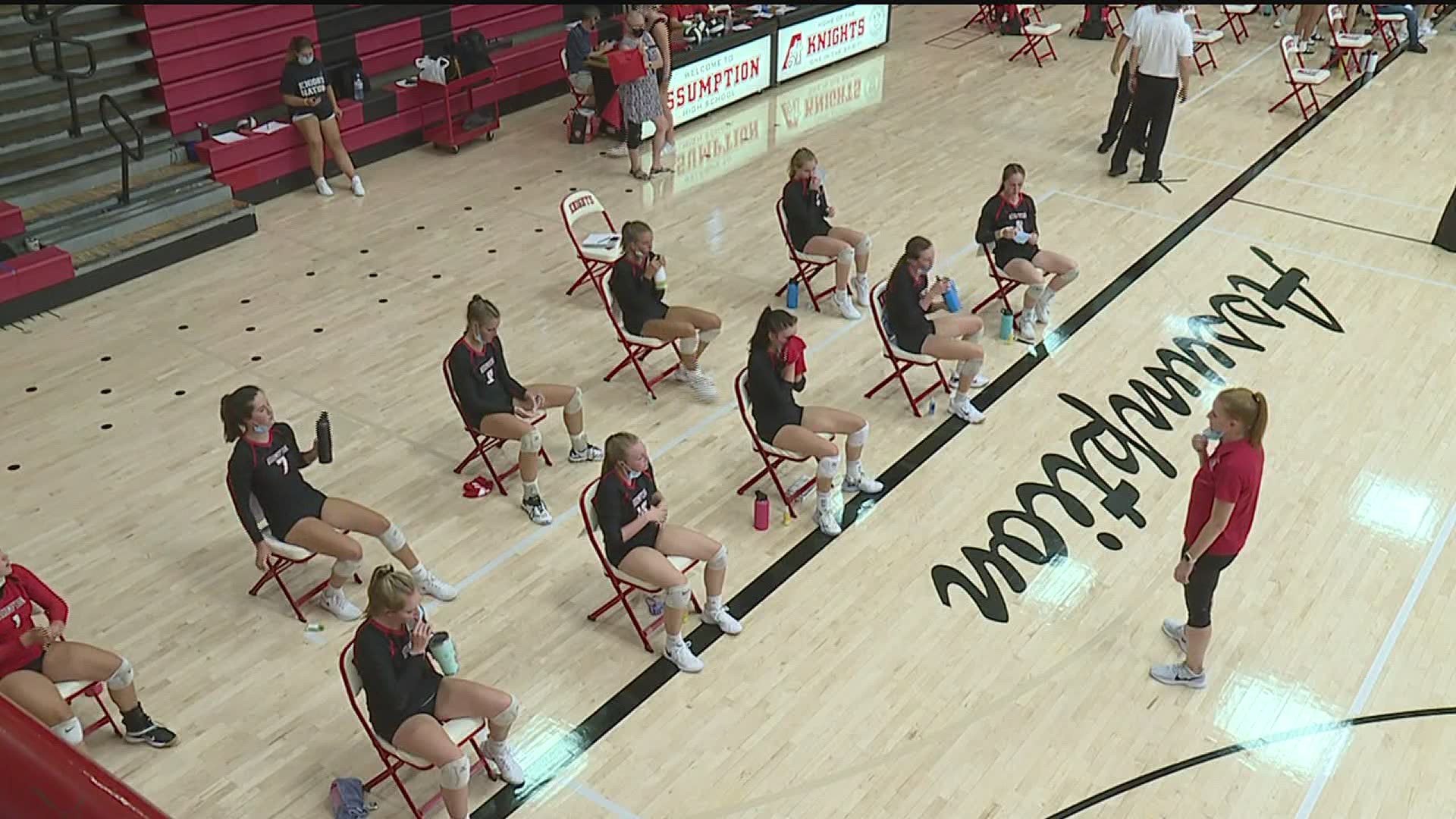 DAVENPORT, Iowa — With each dig and kill, the Assumption Lady Knights are one step closer to hoisting their first ever state title.

"Knowing how our season ended last year coming into this year, there's a renewed hunger just how it is every year," said Head Coach Bre Scherler.

The Lady Knights made it to the state last season, falling in the quarterfinals.

"They feel like they were number one a couple times last season and we wanna get back to that ranking again," said Scherler. "We want to finish that state berth and actually get a state title so they're very dedicated and focused."

After only losing a few players from last year's team, they're hungry for even more.

"We're really depending on all of our seniors this year because it's basically the same team," said Annabelle Costello, a senior. "We lost a few of our strong players and we miss them but that's not gonna hold us back. We've got some new hitters this year and we're just gonna push forward."

To get there, they have to finish the season. To do that, the Lady Knights need to stay healthy and COVID-19-free.

"You think [wearing a mask] is going to be terrible. It's really not," said Emma Schubert, a senior. "We get a lot of breaks during practice. If someone is struggling during practice, we just say 'Hey let's just take a breather,' and kind of regroup."

"I was happy because that just means that there's more of a chance we get a full season," said Costello. "That's really what I'm pushing for my senior year. I don't wanna end it early."

Head Coach Bre Scherler works in infection control for Community Healthcare Inc. so deciding to have the team wear masks was a no-brainer.

"I do a lot of infection control for my work so it was an easy sell for me," said Scherler. "It was just giving the girls the 'why'. There's a lot of fear behind the mask argument for it or against it and that's fine, everyone has their opinions. But i told them this is what it's gonna take to play for Assumption volleyball."

They've had to make adjustments on the court, like conditioning more and communicating better.

"Knowing we're up against a really hot gym, heat exhaustion, we conditioned ourselves in order to get to this level in order to play with it,"

And off it, too, like moving their bench seats six feet apart to allow social distancing and mask breaks.

"I know it's kind of controversial to wear a mask but I think if we think it's important enough to wear one while we're playing so we get to compete, it sends a message that maybe it's important for others to wear them too," said Schubert.

While some might not agree, the Lady Knights see it as doing everything they can to reach the finish line.

"Now it's just part of our uniform."