How a 21-year-old community college basketball player joined forces with a coach with more than 30 years of experience. 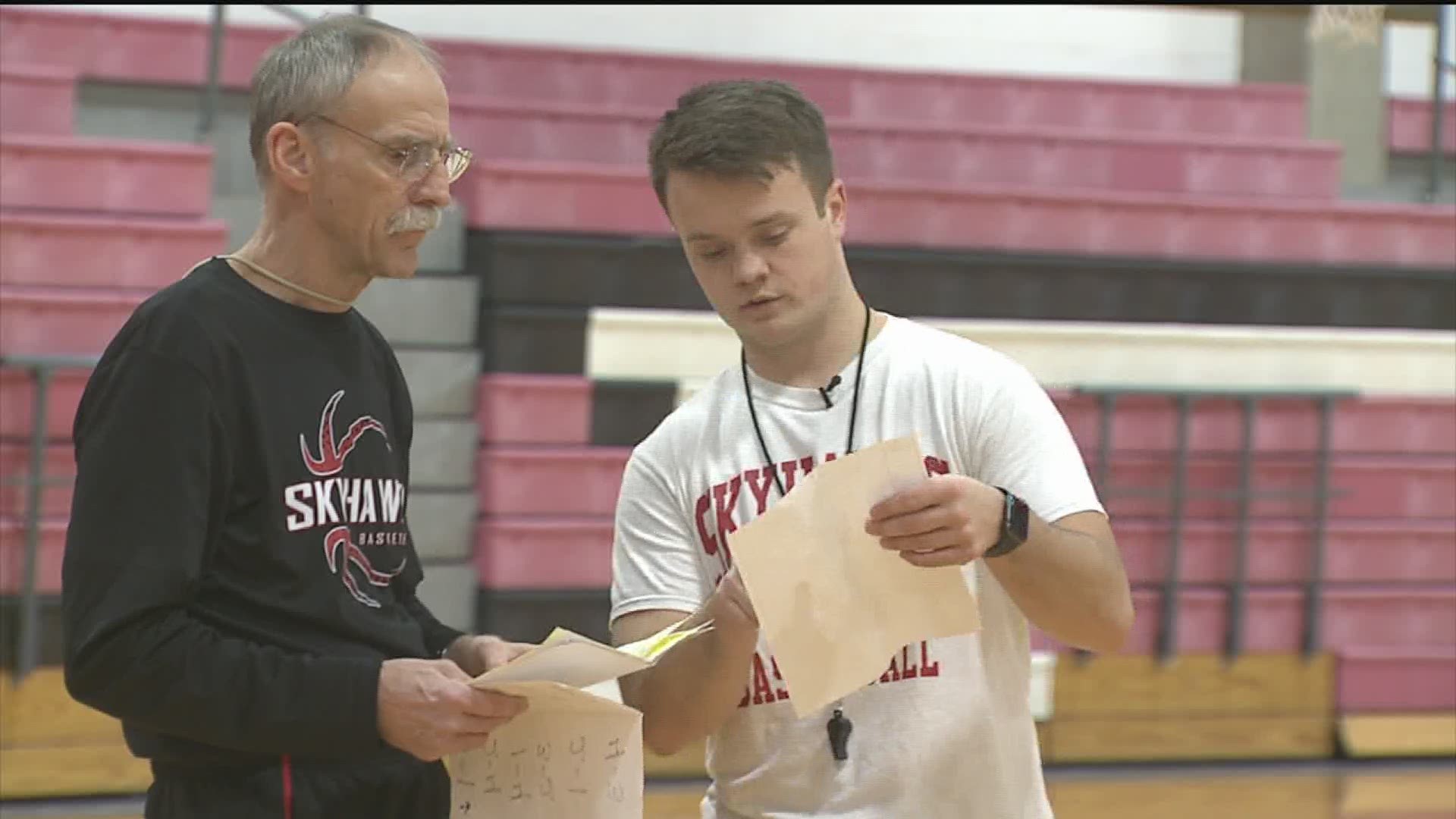 STERLING, Illinois -- What does it take to be a great men's basketball head coach?

Damhoff would know. He was head coach at Sauk Valley Community College for three decades.

"Each player is dealing with things off the court," added Damhoff. "You have to be smart enough as a coach to understand that."

"It was time to pass it on to someone younger that had a lot of energy." said Damhoff.

"I was 21 when I got hired." said Sharp. He was hired three seasons ago after finishing up his own playing career at Sauk under Damhoff.

"You knew he was gonna be a coach when he was playing and he shows that now." said Damhoff.

When it was time to retire, Damhoff knew who he wanted to take over the Skyhawk program.

But he did, using Damhoff as his reference.

In the past three seasons as head coach, Sharp has picked up more than 50 wins and is showing no signs of slowing down anytime soon.

"We always kid that he's got a 60 percent win percentage," added Sharp. "We always joke that once I get higher than him I'm going to retire too."

But wins and losses aren't what Sharp is focused on.

"It's the other stuff that's important," said Sharp. "Having support for them as they try to find their way through school. At the end of the day we tell them the most important thing is to graduate."

Sharp may be years younger than his predecessor, but he's wise beyond his years. and it's clear he also knows what it takes to be a great coach.

"Making sure that everyday you're learning and your players are learning," said Sharp. "I've learned just as much as anyone these past three years. More than probably the guys I've coached. They've taught me a lot more than I've probably taught them."