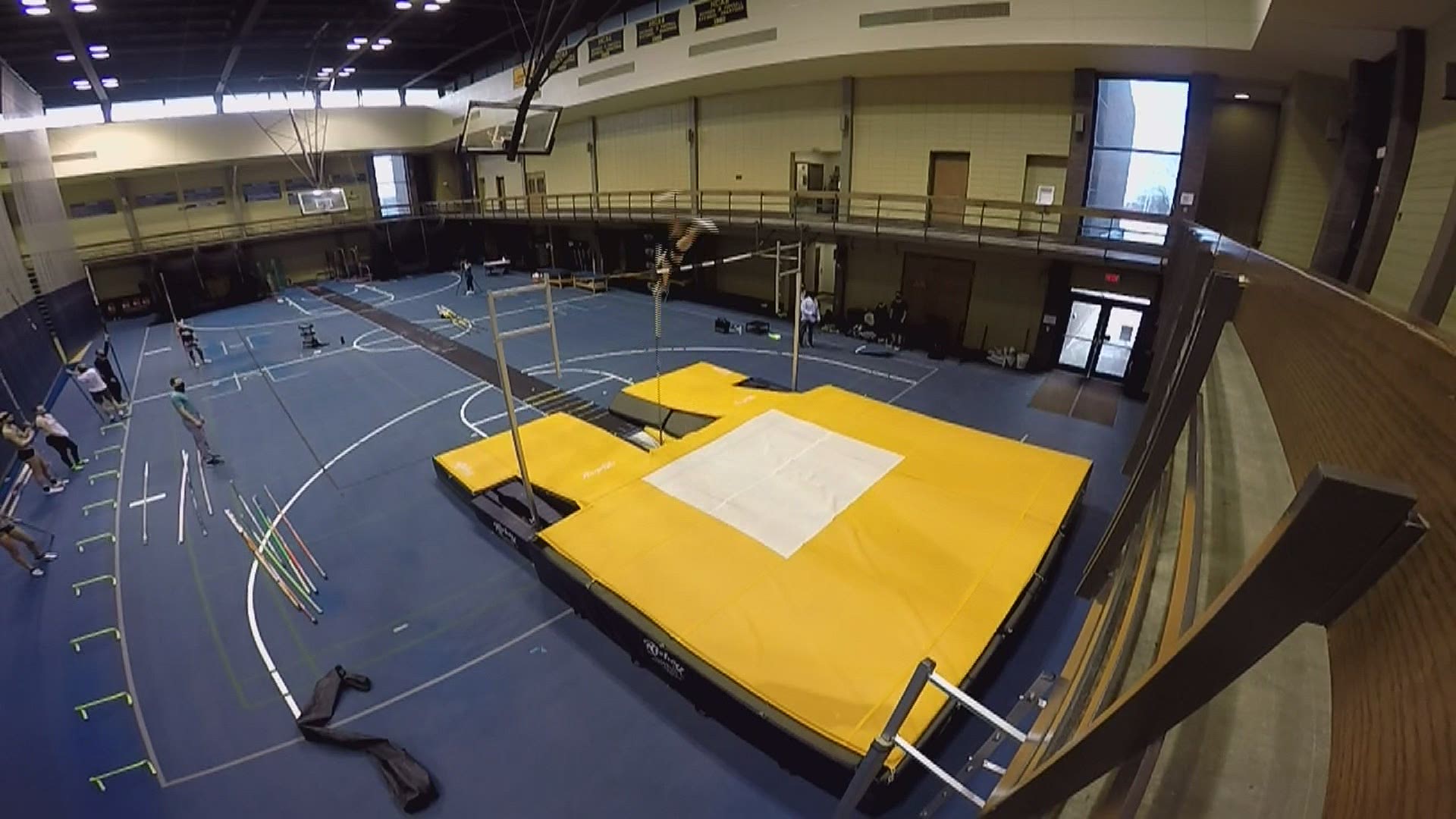 "I always like taking risks and doing something that not a lot of people could do or want to do," said Tori.

She's a risk taker but Thomas really knows how to fly. All she needs is her pole vault, a runway, and a little confidence to soar.

"Both of my parents are vaulters so kind of was in my blood to jump," she said.

Tori's been around track and field athletes her whole life.

"She's just a natural at it, just a natural," said Chad Thomas, Tori's dad who is also the pole vaulting coach at Augustana College.

"She does everything I ask her to," said Chad. "More as a coach than as a dad."

He's a five-time NCAA national champion himself and his wife is a former vaulter as well.

"It's been part of our lifestyle from the get go." said Chad. "She's a very athletic person, very coachable, and I think she just grew into it."

As she grew, so did her talent.

"My freshman year I started jumping 10 feet and by the end of that year I jumped 12-feet-half-an-inch," said Tori. "So once I saw that improvement from age seven all the way to eighth grade, I think that's when I knew I wanted to stick with this event and see where it goes."

It's going pretty well. Tori earned second place at IHSA state track hitting 12 feet in 2019. But that's far from her best these days.

That's a state record by the way and puts her at the top nationally.

"We're hoping to get over 14 feet and possibly get a shot at going to the Olympic trials," said Chad.

To do that, she'd need to reach 15-feet-one-inch, a challenge but not out of the question. But that's not really Tori's main concern.

"I want to be able to just encourage others to keep working hard," she said. "There are downfalls but that's what makes us stronger."

It's not dad's concern either.

"As long as she's having fun and not stressed out, that's my thing." said Chad.

Tori is committed to pole vault at Illinois State.