'I knew I could get better going against them': Assumption's Tyler Maro goes head-to-head with state's top linemen

In an off-season unlike any other, Maro knew he had to find a way to keep growing. 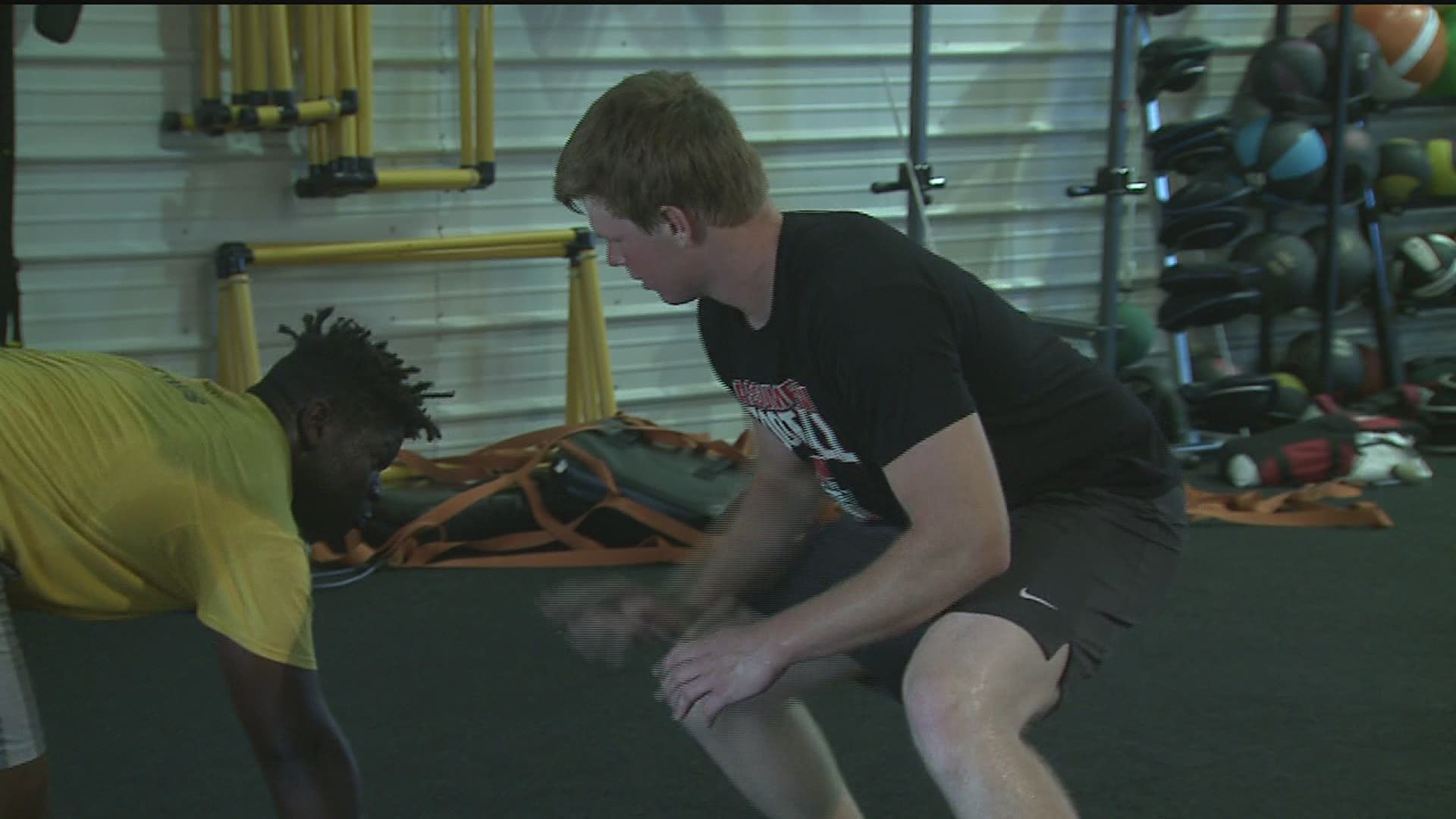 NORTH LIBERTY, Iowa — At 5:00 p.m. on a Sunday,  you'll find some of the Iowa's top linemen between the four walls of Strength U in North Liberty.

Those four walls are draped from the ceiling down with top Division 1 programs' flags the gym has sent athletes of all kinds to. Those flags are a reminder where each athlete who steps foot in Strength U of where they can go if they take their training seriously.

"Kids all want to focus on the weight room and getting strong, bench pressing a lot," said JC Moreau, Founder & Director of Performance & Operations Strength U. "I try to tell them that there isn't a coach in America that will not take someone bc they're not strong enough if they can do everything else right." Moreau would know. He spent nearly a decade coaching at the Division 1 level, including stops in the SEC and Big Ten.

Each stretch and drill, the athletes are fine tuning the skills college coaches look for in prospects.

"The guys that are here really have a great desire to improve themselves," said Tyler Maro, an Assumption senior who trains at Strength U. "They're all talented players and I knew I could make myself better by going against them."

Maro has spent many hours doing just that.

With 38 Division 1 offers and counting, Maro knew he had to think outside of the box to keep growing this summer.

It's given him an opportunity to work on skills he maybe otherwise wouldn't, too.

“I think my pass protection has definitely improved like immensely," said Maro. "Just the extra reps and coaching has all really helped out."

"Learning pass protection, something his school just doesn't do very much," said Moreau. "Having to go against guys that are fast really makes it so he wasn't able to develop too many bad habits."

"Coaches want to see a leap from last year to this year and workouts like this have definitely improved my odds of gaining some more recognition." said Maro.

But even with all of the recognition and offers Maro has received so far, one thing has never changed.

"His attendance here has not wavered," said Moreau. "The focus is there. He realizes there's a lot of work to be done."