There are two different weather problems we have to contend with. The first will be ice accumulation. The second, snow. With caution and planning, it won’... 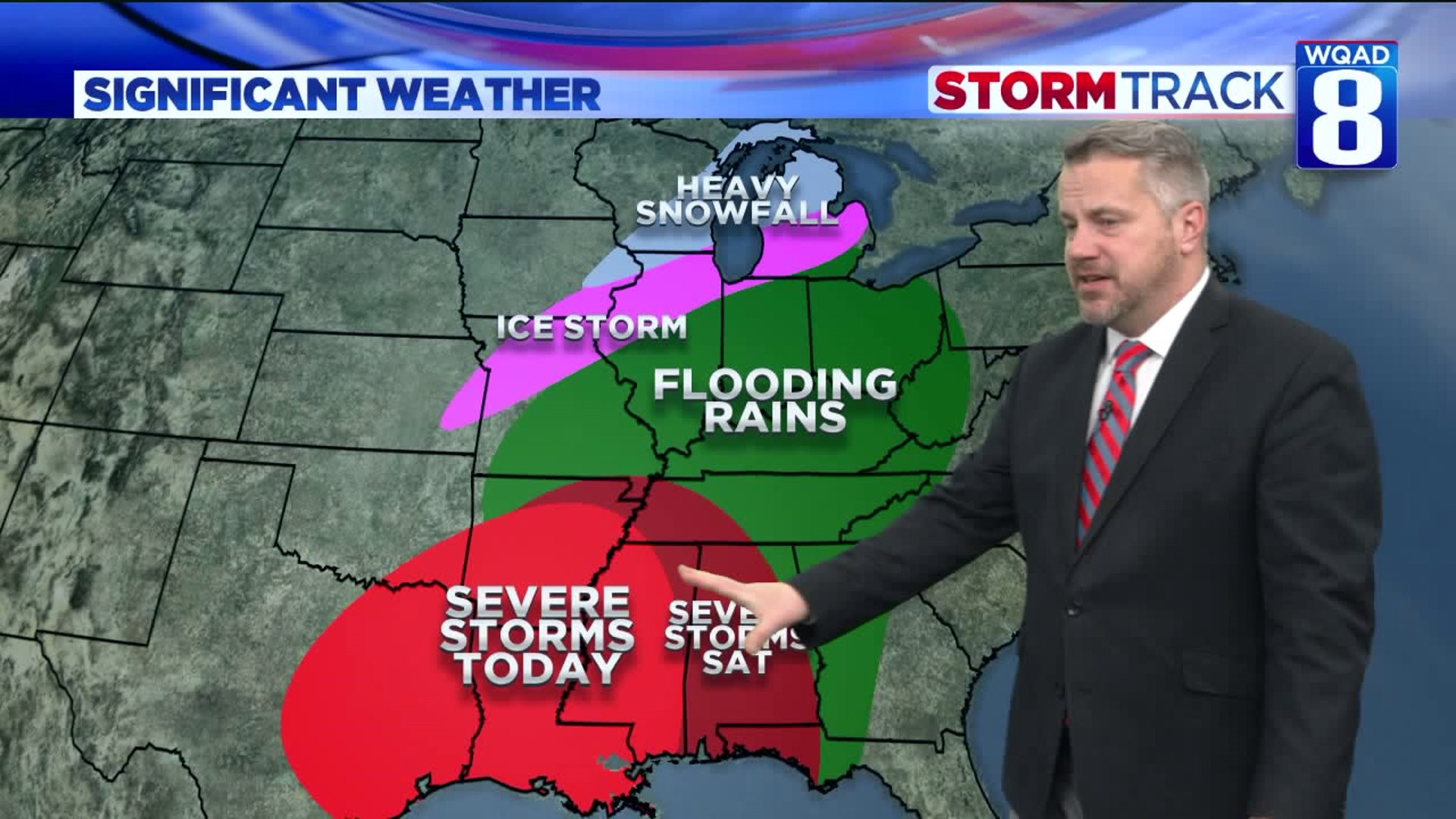 There are two different weather problems we have to contend with. The first will be ice accumulation. The second, snow. With caution and planning, it won't be remembered by you being in a car accident, or worse!

Ice is the main concern as we go through Friday night...especially after 8pm when temperatures dip below the 32-degree mark. Ice could accumulate 1/2 inch or more with the first round of precip, along with lightning.

Areas here shaded in yellow have the best chance of seeing power outages with some places seeing more than a half inch of ice accumulation. This certainly isn't the worst-case ice storm we've ever seen, but it will have significant impacts.

Because of that, Winter Storm Warnings are in effect for most of Eastern Iowa and all of Northwestern Illinois.

The second "storm" will be snow that can be expected, especially after 3pm Saturday...ramping up by 8pm, lasting through early Sunday morning. Snow will accumulate several inches, but there will be a chance for 30+ mph winds. That will cause white-outs in wide open areas with a ground blizzard possible.

Today and tonight: Mostly cloudy with rain developing in the afternoon. Highs around 41. Temperatures will fall this evening, ending up below freezing after 8pm tonight. That’s when the ice accumulations begin. Between 8pm and 8am, a half inch of ice accumulation is expected, along with some lightning and thunder. This will cause treacherous traffic and walking conditions, as well as power outages. Stay off the roads during the overnight hours through mid-morning Saturday.

Saturday and Saturday night: We may have a lull in the action late Saturday morning as freezing rain and sleet come to an end. Then, we’ll have snow ramp up through the afternoon and evening. With winds of 25 mph, there’s a chance of white-out conditions. So plan to stay off the roads again from 5pm Saturday evening through 8am Sunday morning. Total snowfall accumulations will be 4-8 inches with lesser amounts south of the Quad Cities and more up along the Illinois/Wisconsin border.

Long range: More light snow is on the way for Sunday night into early Monday, but this will probably only end up being a 1-2 inch snowfall. Still, prepare for slick travel as we start the new week.

A new storm system could affect the area Wednesday before a dump of really cold air. Thankfully, that shouldn’t last more than a day or two.