During the CNN appearance, Whitmer noted the protests featured “Confederate flags, and nooses,” as well as swastikas. 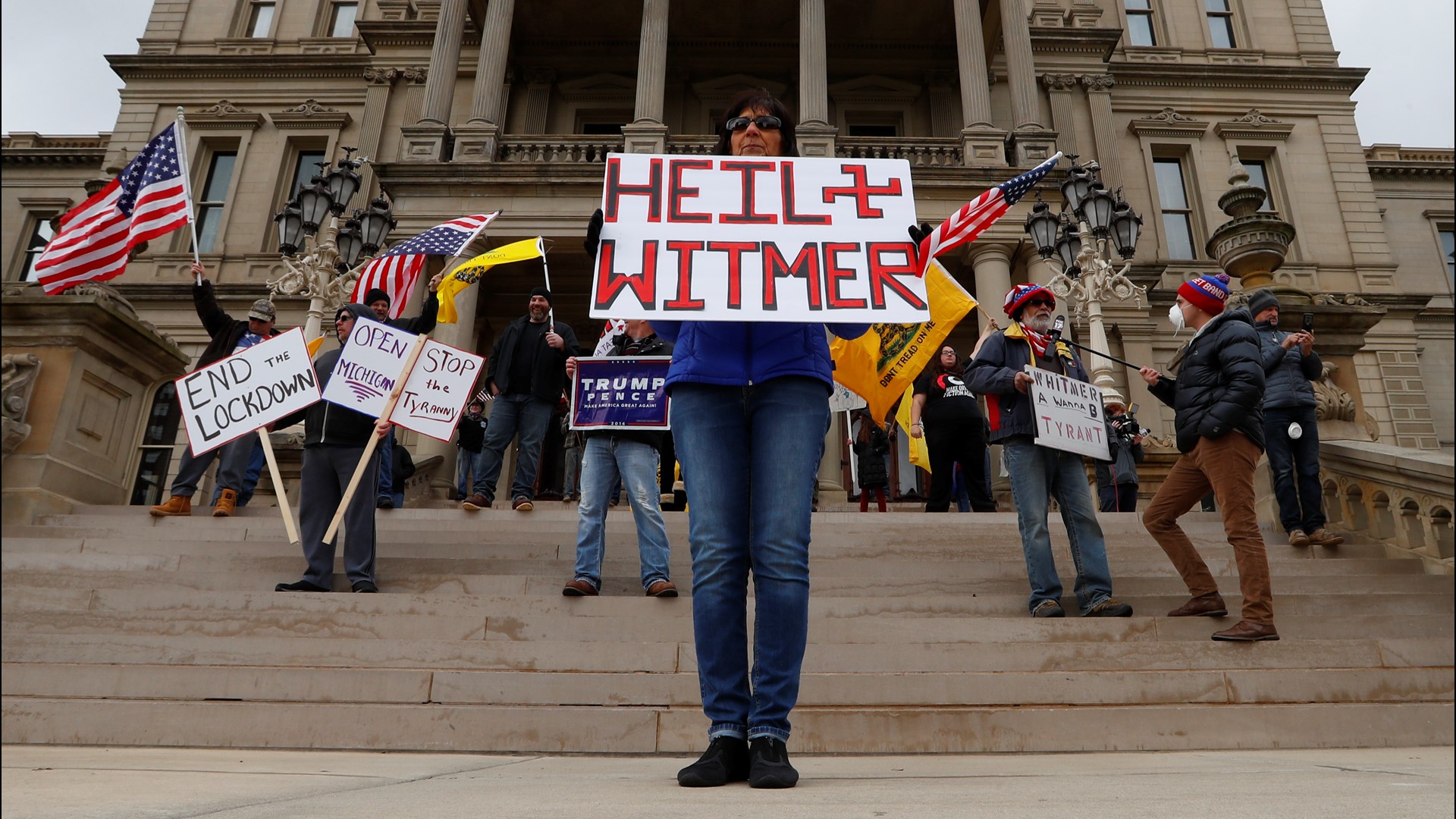 Whitmer made the assertion during a Sunday appearance on CNN and before the release of the latest number of deaths in Michigan related to the coronavirus.

Officials say the 29 new deaths, which increased the number to 4,049, was one of the lowest daily increases since the pandemic began in Michigan.

During the CNN appearance, Whitmer noted the protests featured “Confederate flags, and nooses,” as well as swastikas.

More stories on 13 ON YOUR SIDE: