When Moline Public Works says tree clean up will be complete

Public Works says they are short on staff but clean-up crews now have more work than ever. 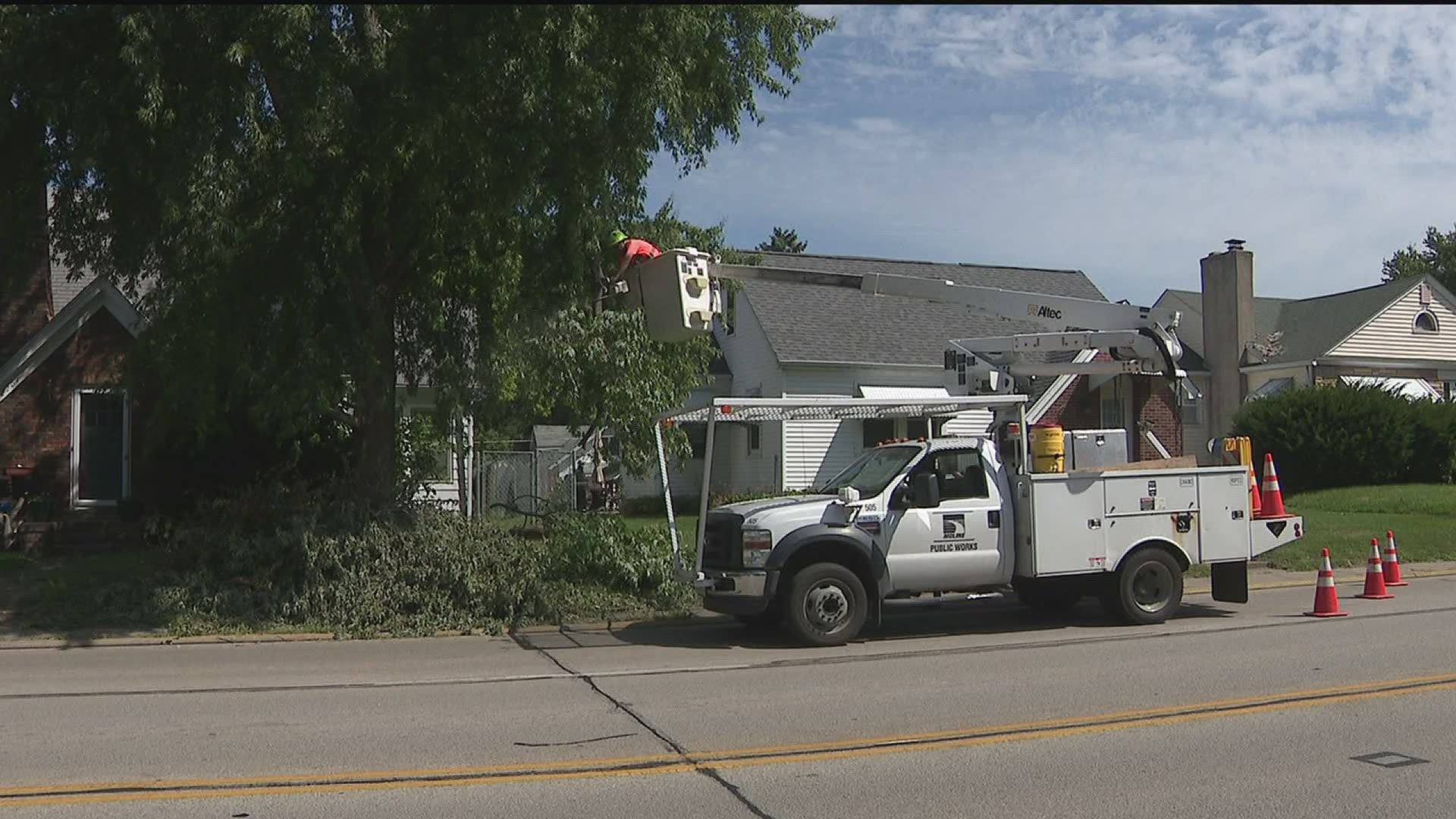 MOLINE, Illinois — Both Davenport and Moline Public Works say their crews are moving trees as fast as they can after Monday night's storm.  But it could be months until they are gone.

For a giant limb to come down, someone has to go up - like Moline Arborist, Terry Bates.

He and his crew work overtime each day to clear streets and hidden alleyways.

"I don't even know the scale of the amount of stuff that is down. I think my boss is trying to keep that back from me to try and stop me from having a heart attack."

"That would have left those seasonal employees to continue to mow and that kind of work," says Schick. "So that's the work that is going to suffer in this event."

Before the derecho hit he says they were busy to begin with.

Schick says it will probably be six to eight weeks before clean up is complete. He says once they get fallen trees cleaned up, crews will go around the city inspecting each tree for potential problems. Inspections will likely go into December.