What to do if you receive "mystery seeds" from China

Some Quad City residents say they received packages in the mail postmarked from China. 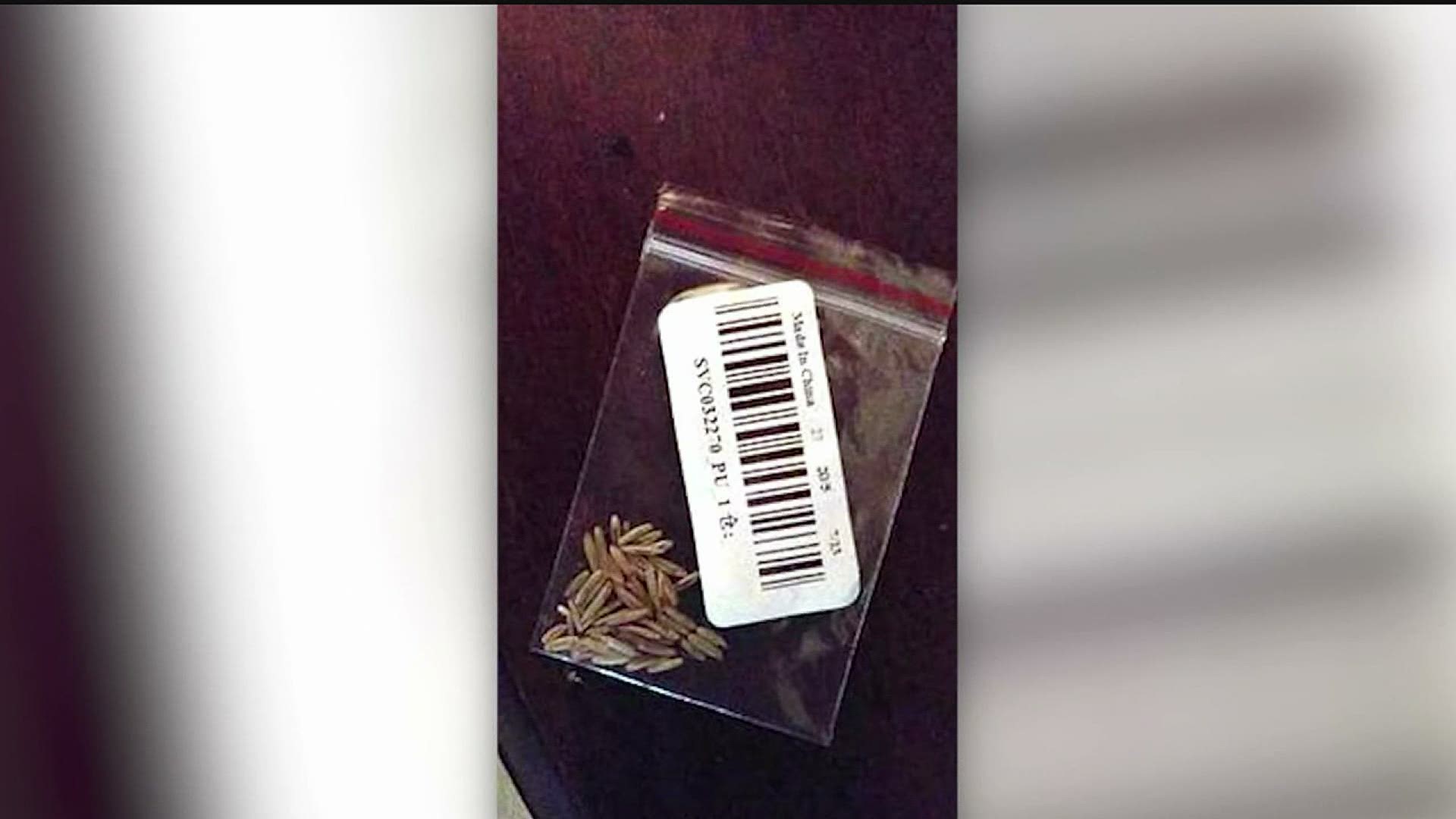 MILAN, Illinois — Mysterious packages of seeds, many postmarked from China, are showing up in mailboxes across the country. The USDA recommends people don't open, plant, or throw away the packages.

For Tessa Adams, it started with a package she didn't order.

"On Friday, I came home and there were these two in the mailbox," explains Adams. "And when I first read them I was like "What? They're from China?""

Both of Adams' packages were labeled "ring" and the information on both was almost identical, except for the net weight.

But her two small packages soon grew to three in a few days.

"I was home on Monday and the mail came and I went outside and this one was in the mail and it's exactly the same thing."

"If it's going to happen it might as well happen this year," says Martha Smith, a horticulturist with the University of Illinois Extension Office. She says people across the country and the United Kingdom received seeds in the mail from China.

"We don't know if they are potentially invasive," Smith warns. She also says people shouldn't open, plant, or throw the seeds away in the trash.

She says she's seen three different types of seeds from people.  One man in Rock Island says his were the size of walnuts. Another woman in the Quad Cities didn't even receive seeds, she received ladies underwear instead.

Adams says she doesn't know why they were sent to her.

"I'm just kind of wondering how many more packages are going to come," Adams comments.

The University of Illinois Extension Office and the Illinois Department of Agriculture says they sent out seeds to Illinois residents this month, to remind them to take part in the 2020 Census.  Those are labeled, can be opened, and planted.  They say the seeds are "Forget-Me-Nots".

The USDA says if you receive the seeds in the mail, reach out to your State plant regulatory official.  Hold onto the unopened package (including the mailing label) until you are given further instructions.

The USDA also says they don't have any evidence this is a "brushing scam" where people receive unsolicited items to promote false customer reviews and help boost sales online.