What are the chances February is colder than January?

Hope you’re not tired of Winter yet! While January ends on a mild note, it looks like more Arctic air is on the way for February. The first batch of cold ... 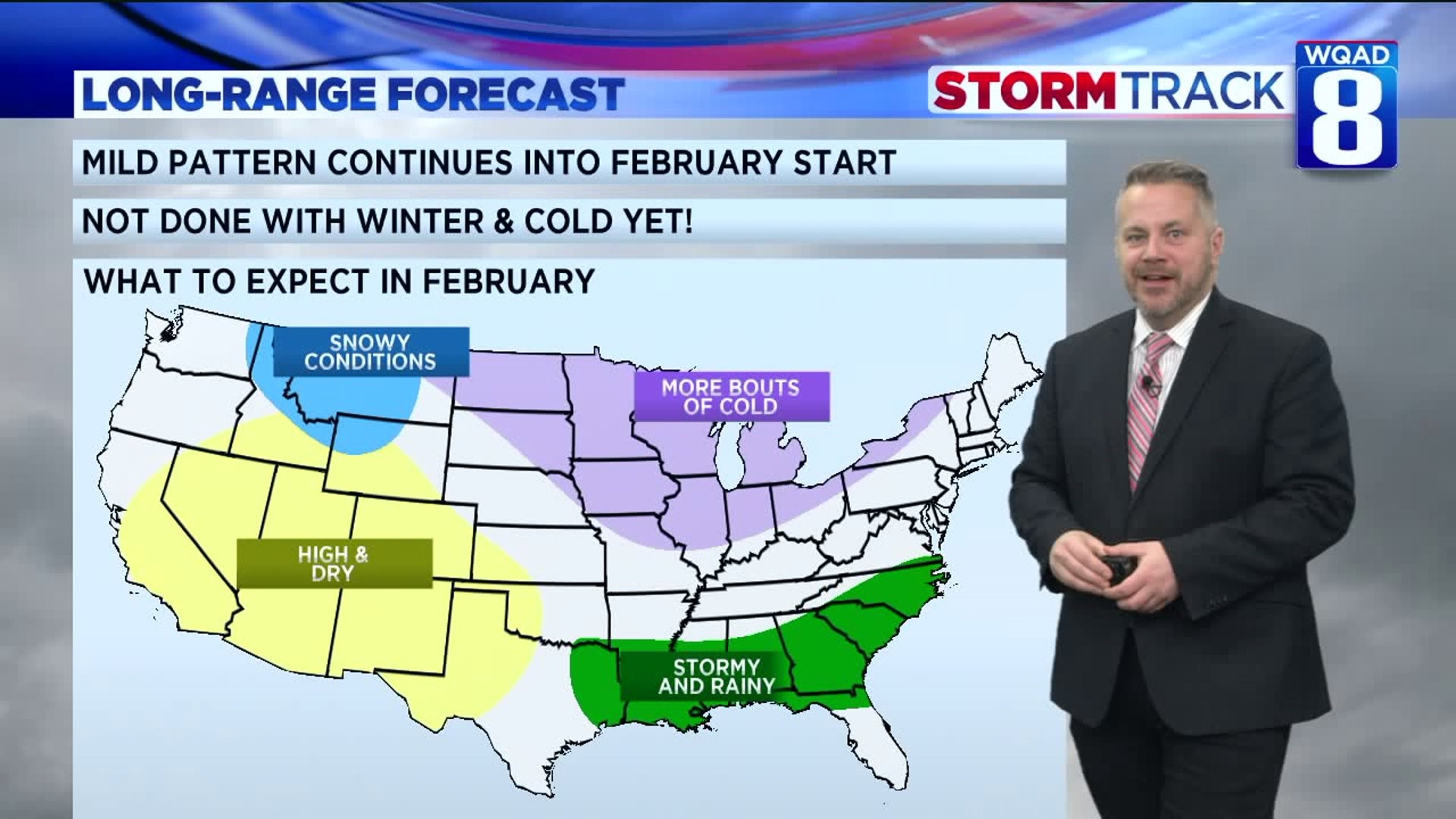 This is likely due to a pattern shift in the jet stream which will favor more of a northwest-to-southeast flow from Western Canada into the Deep South. This could also instigate more severe weather and an early start to the tornado season for places like Texas, Louisiana, Mississippi, and Alabama.

Snowiest place on the map? Montana. Some bigger snow systems are also possible as the jet stream makes its left-hand turn up the Eastern Seaboard.

Back here in the Quad Cities, our snow potential remains pretty good, thanks to colder temperatures. However, this isn't a set up that typically brings us the big, monster, back-to-back winter storms. But we shall see!

Cold temperatures are important in limiting pest populations—which is why many parts of the country have experienced expansions in mosquito seasons. Periods of consistent cold are important for plant development. Fruit trees (such as apple, peach, and cherry trees) rely on this time of dormancy in order to produce fruit the following spring and summer. Some local communities also depend on cold weather for the success of winter-based economies. Ski resorts, as well as places that welcome cross-country skiiers, snowmobilers and ice-fishing will have negative impacts in a warming world.