'We want to make sure people are taken care of': Off-road enthusiasts deliver hay to flood-ravaged Oregon farmers 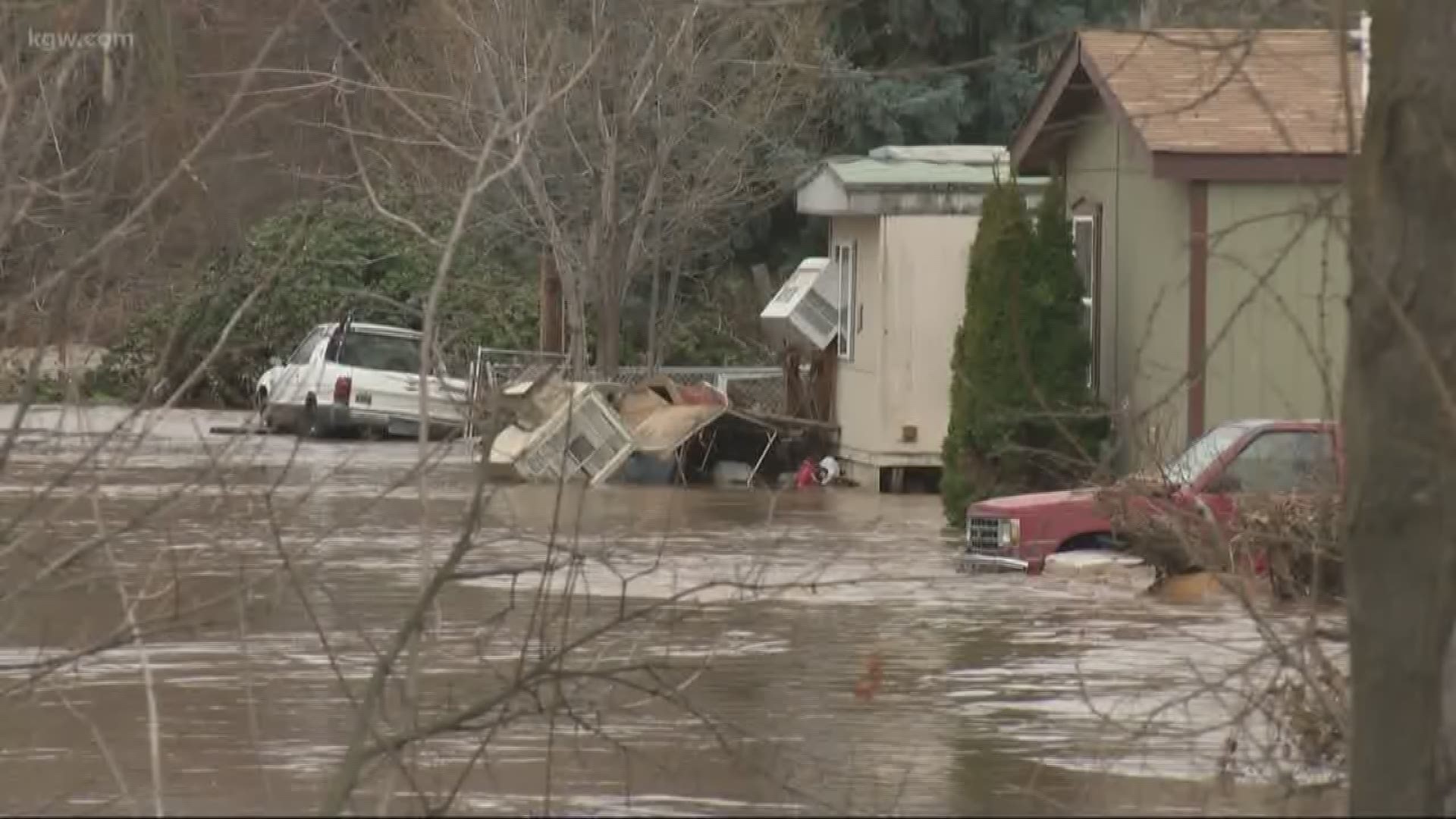 UMATILLA, Ore. — The aftermath of recent flooding in Eastern Oregon continues to impact, not only the people living there, but livestock as well. The water wiped out the supply of hay for many farmers and ranchers, leaving their animals with a dwindling food supply.

That is, until a club of off-roading enthusiasts revved up their community to help.

McGee and his two other co-founders formed their club just three weeks ago as a way to promote environmentally responsible 4x4 off-roading. However, floodwaters in their own community forced a change in focus.

They went out into the community with their rugged off-road equipped vehicles to help those stranded and struggling with flooding in Umatilla County.

While delivering food, water, clothes and more they found another need for an important part of their community: farmers and ranchers.

“Horses and there's cows all over. People were losing their hay; got flooded, washed away, or was totally destroyed because of the moisture. So, we just sort of realized that there was a need,” McGee said.

So, the group turned to social media. They posted a call for hay donations to Facebook, and farmers, truckers, and volunteers from around the state were ready to help.

Farmers came from near and far. Truck drivers traveled across the state to deliver the hay, all on their own dime.

“The community has just been so generous and farmers all across the Pacific Northwest donated hay for us,” he said.

Hay is a major expense for farmers. Depending on quality, prices in Eastern Oregon range from $150 to $200 a ton. That’s before delivery charges.

“We want to make sure people are taken care of and that's a stress they don't have to worry about while they're focused on rebuilding their homes and spending their money on rebuilding supplies,” McGee said.

Depending on how many animals there are to feed, ranchers and farmers can go through hay quickly.

“The first night was probably about seven days after the floods. So, we knew that animals were getting hungry by then. So, we loaded up hay on a flatbed trailer with volunteers using their trucks and trailers and we drove in the middle of the night to deliver tons of hay to people in Pendleton, Mission and along the Umatilla River just so we can get those animals fed,” McGee said.

With the help of local farmers and organizations, the Tollgate Offroad and Recovery Club has been able to donate about 50 tons of hay to about 50 different people, according to McGee.

“We're glad that we can be helping them out, in a way too. Because farmers really make are our community go around,” he said.

The club is not done yet. McGee tells KGW they are expecting more hay donations this week. After that they plan to help their community rebuild. They hope to help farmers and ranchers with fencing.

To learn more about the club’s flood relief efforts or to donate check out their Facebook page.

RELATED: ‘I had to throw everything away’: Pendleton residents assess damage after devastating flood

RELATED: 'Nobody was prepared for this': Nonprofit collecting supplies for Pendleton flood victims