The prosecution argued Mollie Tibbetts died at the hands of the defendant, while the defense argued he was forced into a false confession. 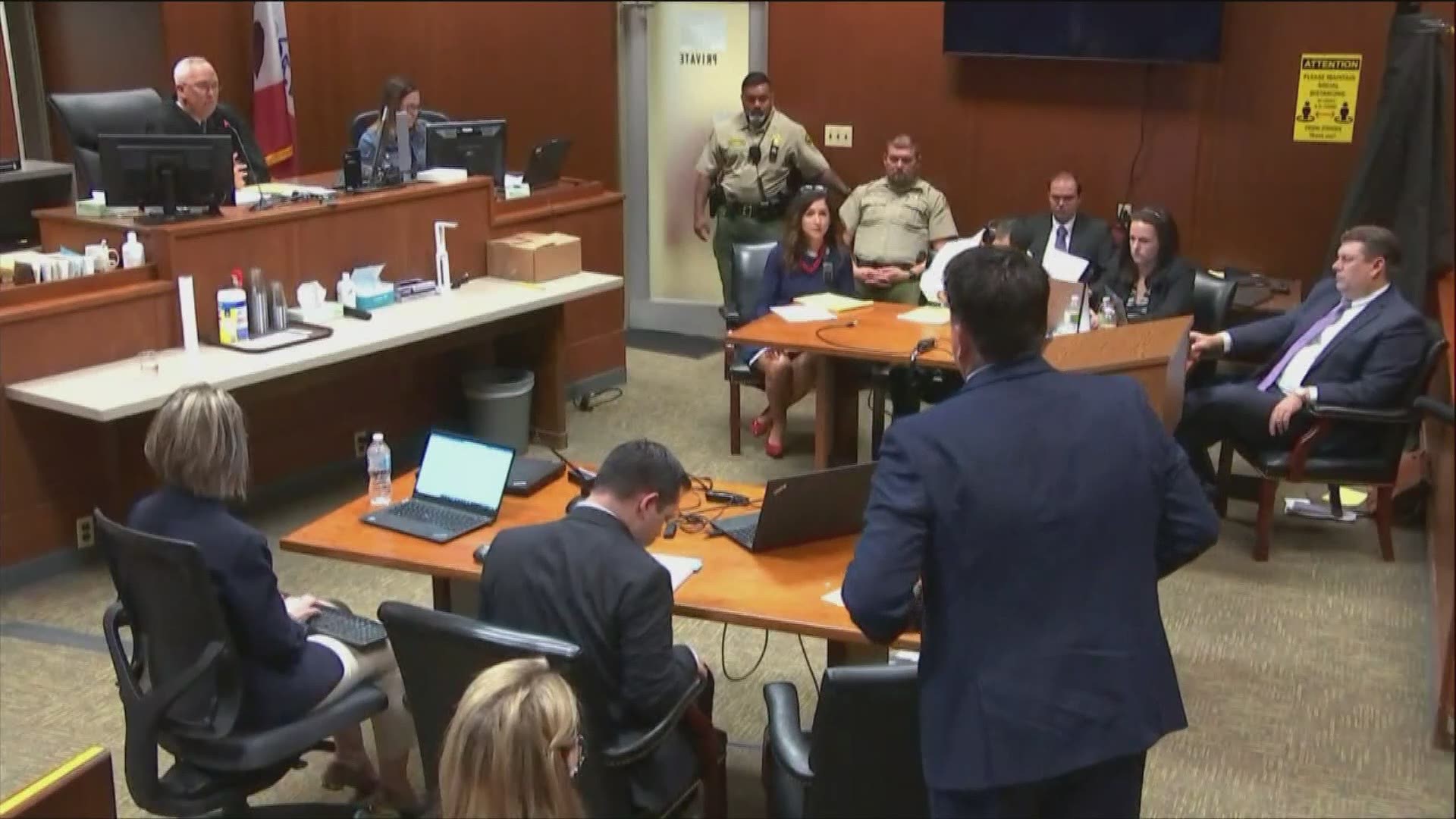 DAVENPORT, Iowa — Scroll down to see full closing arguments from the prosecution and the defense.

Attorneys in the Cristhian Bahena Rivera trial made their closing arguments on day seven in court.

The prosecution argued Mollie Tibbetts died at the hands of the defendant, while the defense argued Bahena Rivera was forced into a false confession.

Bahena Rivera was charged with first-degree murder in the case.  In 2018 he led authorities to Mollie's body in a cornfield, about a month after she disappeared during a nightly run.

Prosecuting Attorney Scott Brown reviewed evidence with the jury. That included the car and a runner that were captured on video, the confession an officer testified to, and the blood found in Bahena Rivera's trunk.

Brown also reminded jurors that the defendant led authorities to Mollie's body, saying "she is unfindable, except by the defendant."

On the witness stand the day before, Bahena Rivera had given testimony that two armed men forced him to drive them around the area the day Mollie disappeared. He testified that they passed Mollie multiple times as she was running, ultimately they stopped and several minutes later returned to place Mollie in his trunk.

Brown argued that this testimony "doesn't make sense" because the video evidence refutes his story.

His final point was centered around motive. He argued the defendant was motivated by anger.

"Mollie is threatening to call the police and the defendant was angry," said Brown. "He says that, he tells us that." 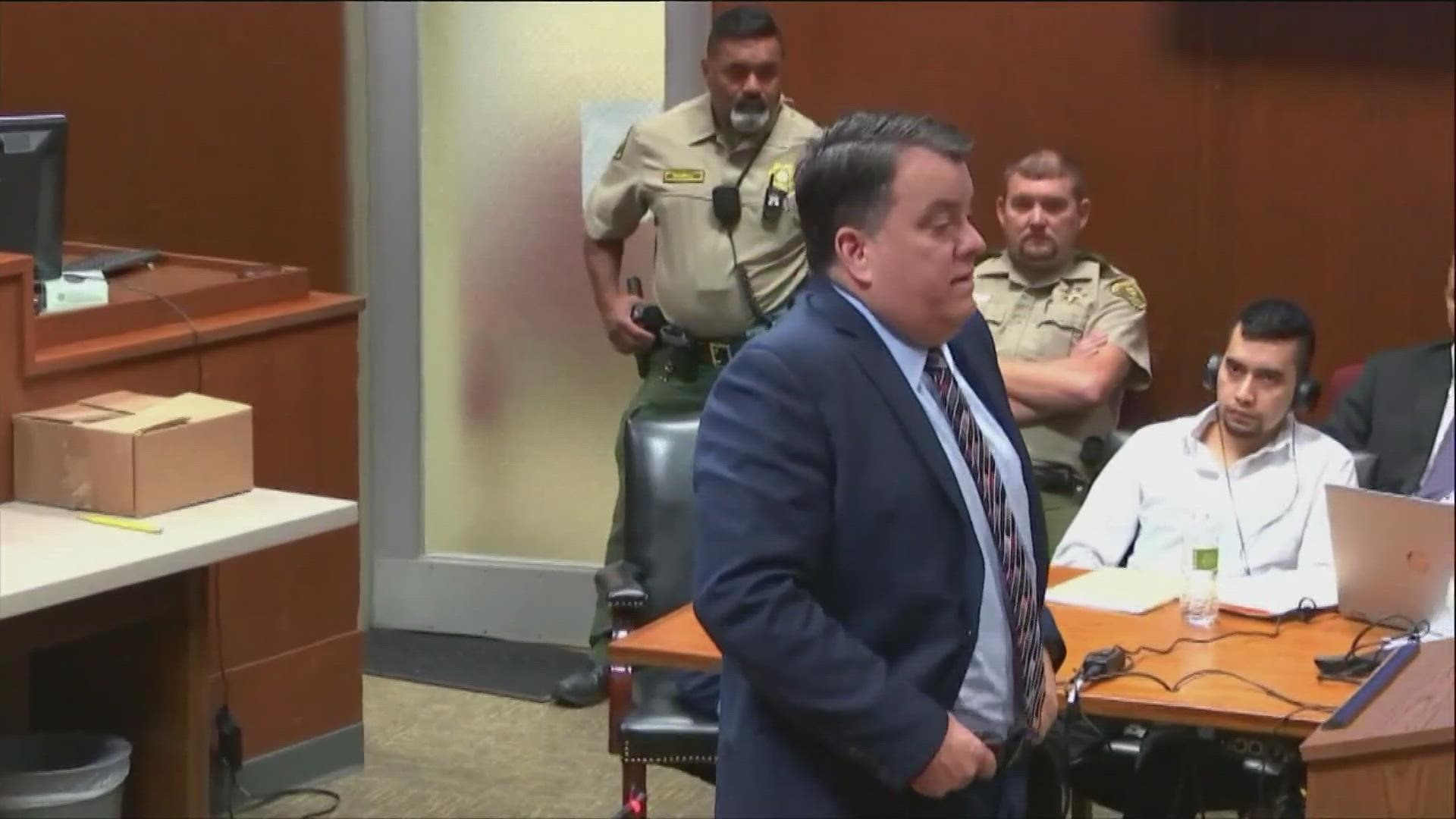 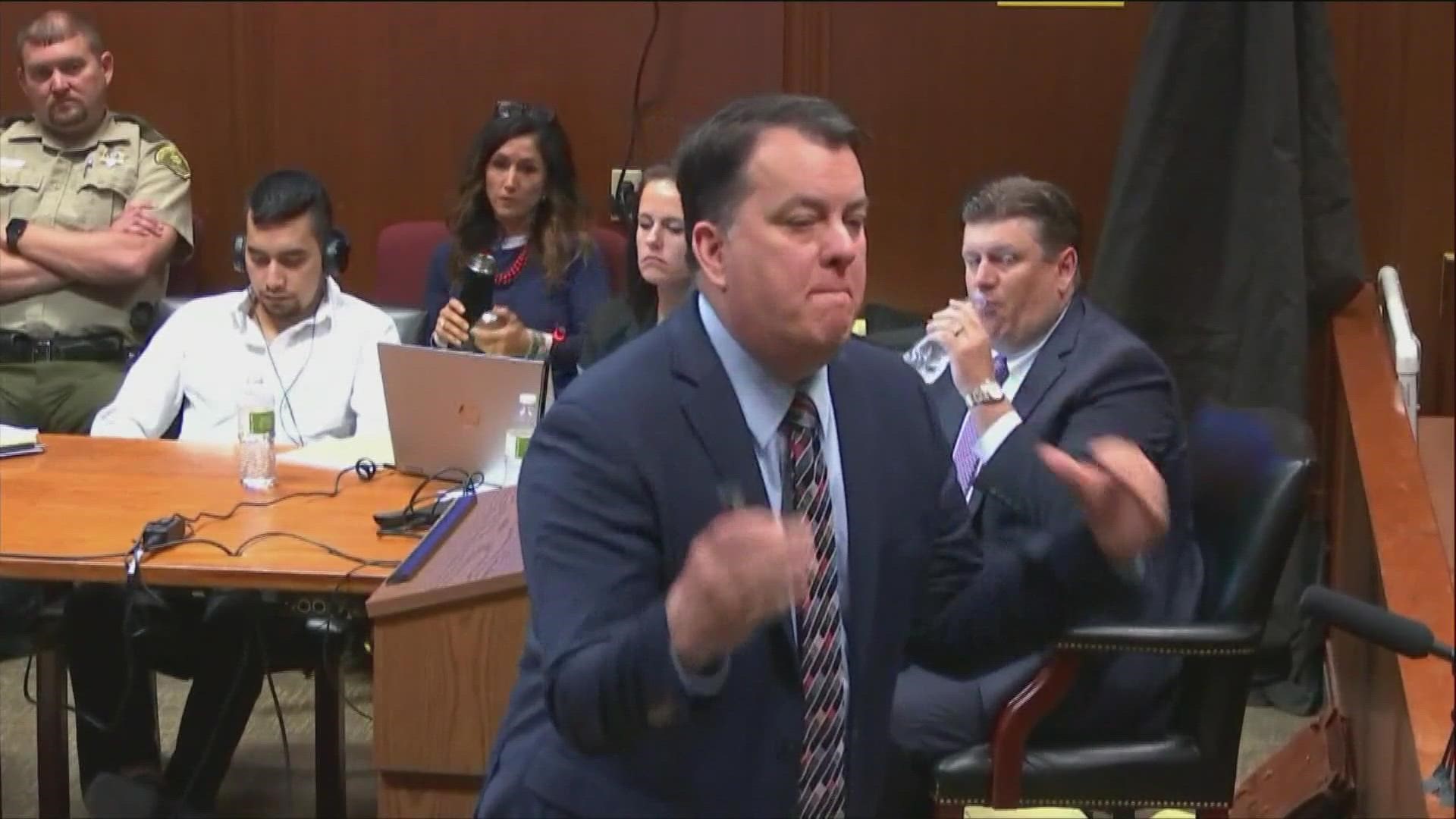 Frese starts by thanking jury for their time and commenting on innocent victim Mollie Tibbetts. "She was just about to spread her wings and fly. We sympathize with her family. This young lady was on her way to being someone special." @wqad #MollieTibbetts

Defense Attorney Chad Frese said that the investigation was done amid "sloppy" police work.  He pointed out missing elements: no murder weapon, no crime scene, no eyewitnesses, and no motive.

From the beginning Frese says the resources made available by the federal government weren't used properly.  He calls Bahena Rivera's 11-hour interview with Officer Pamela Romero a "colossal blunder."

Frese argued that it didn't make sense for Bahena Rivera, an undocumented immigrant, to abduct and potentially kill a woman after spending years trying to remain undetected in the United States.

"Folks, this was planned, and not by him, by someone else," he said.

Frese said he wasn't fully forthcoming with police initially because he was protecting his daughter and her mother.  He was referencing Bahena Rivera's testimony about the two armed men he placed as the culprits of Mollie's murder.

Additionally, Frese argued that investigators should have done more to use DNA to exclude other potential suspects. 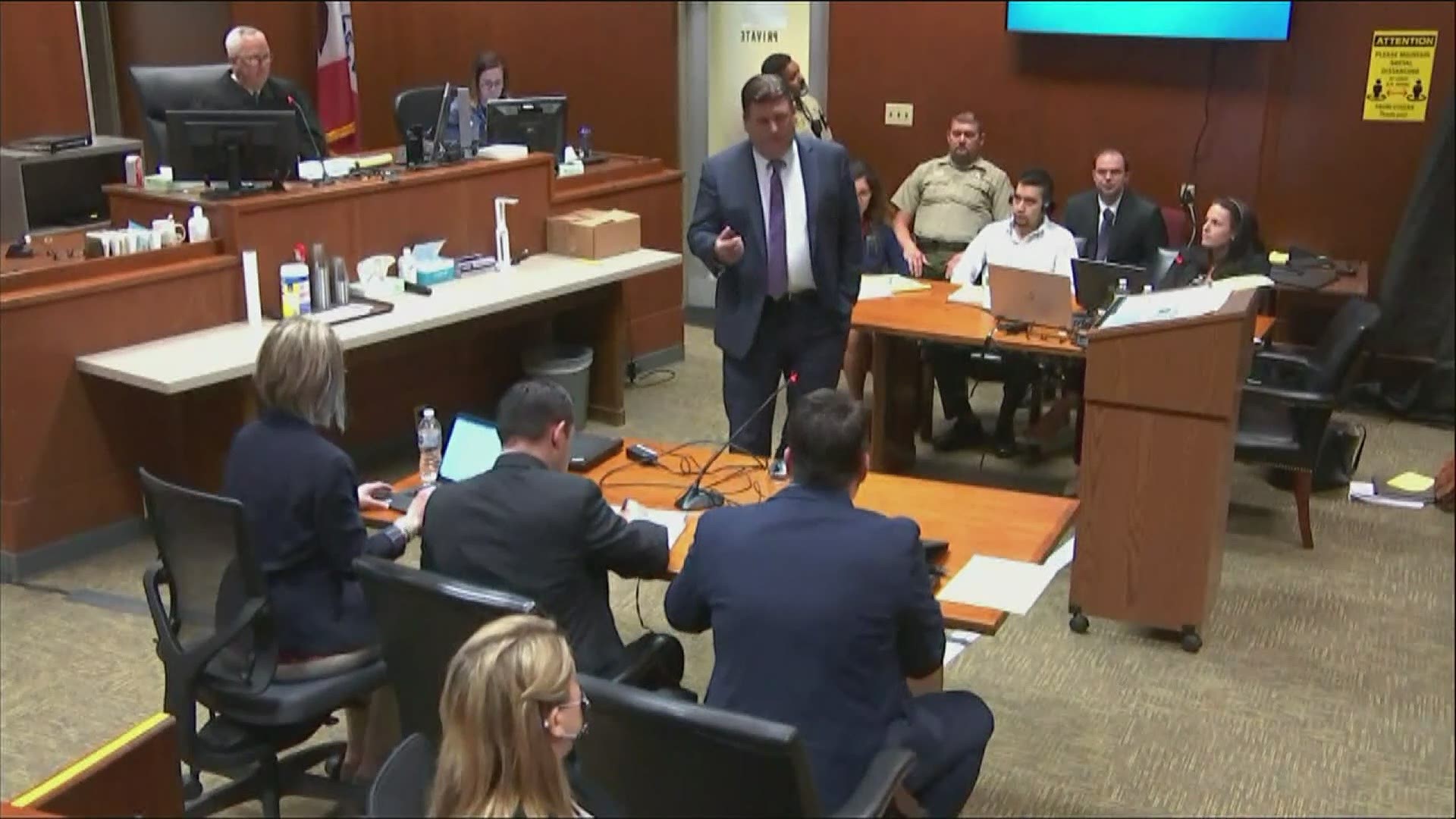 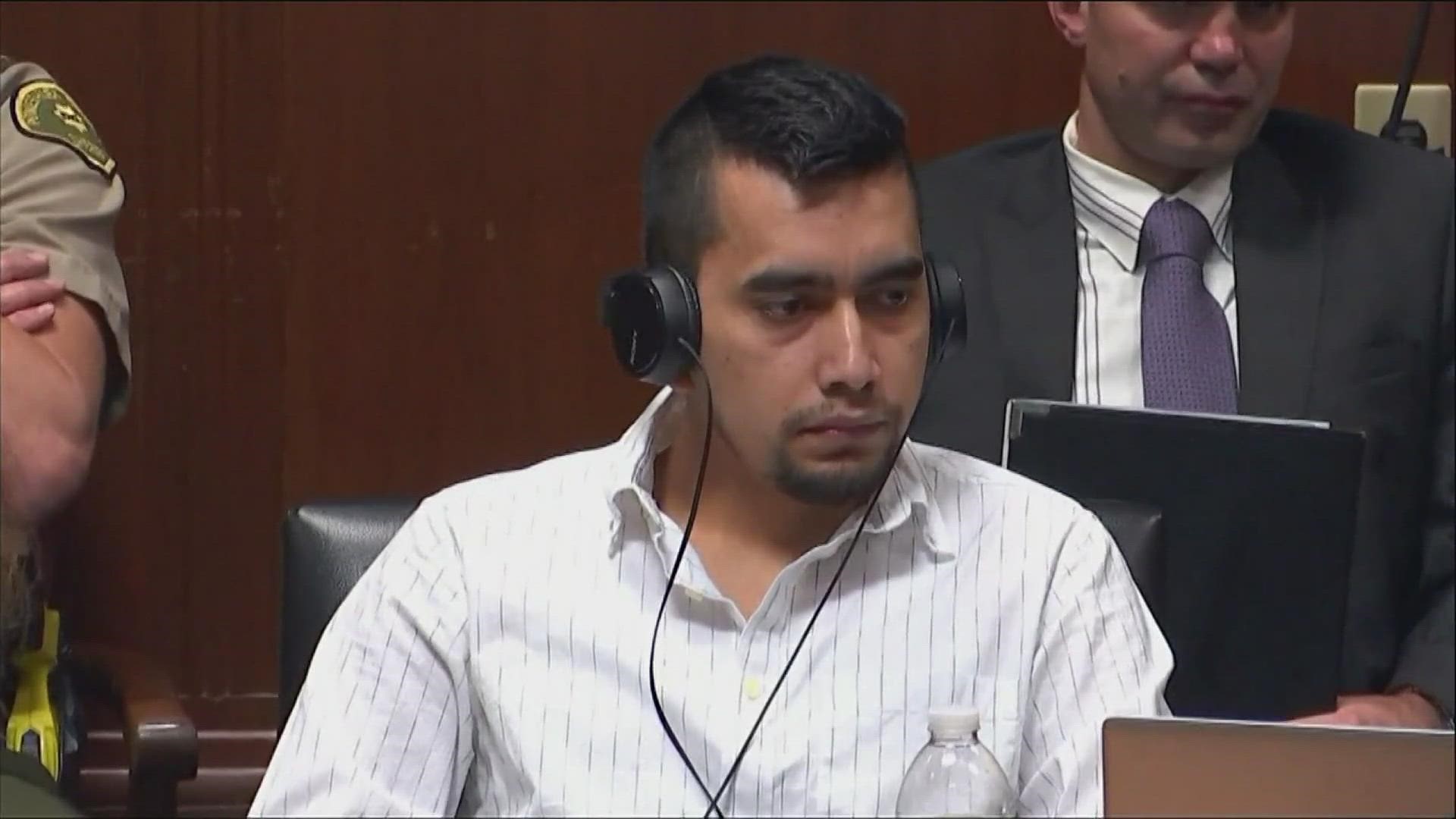 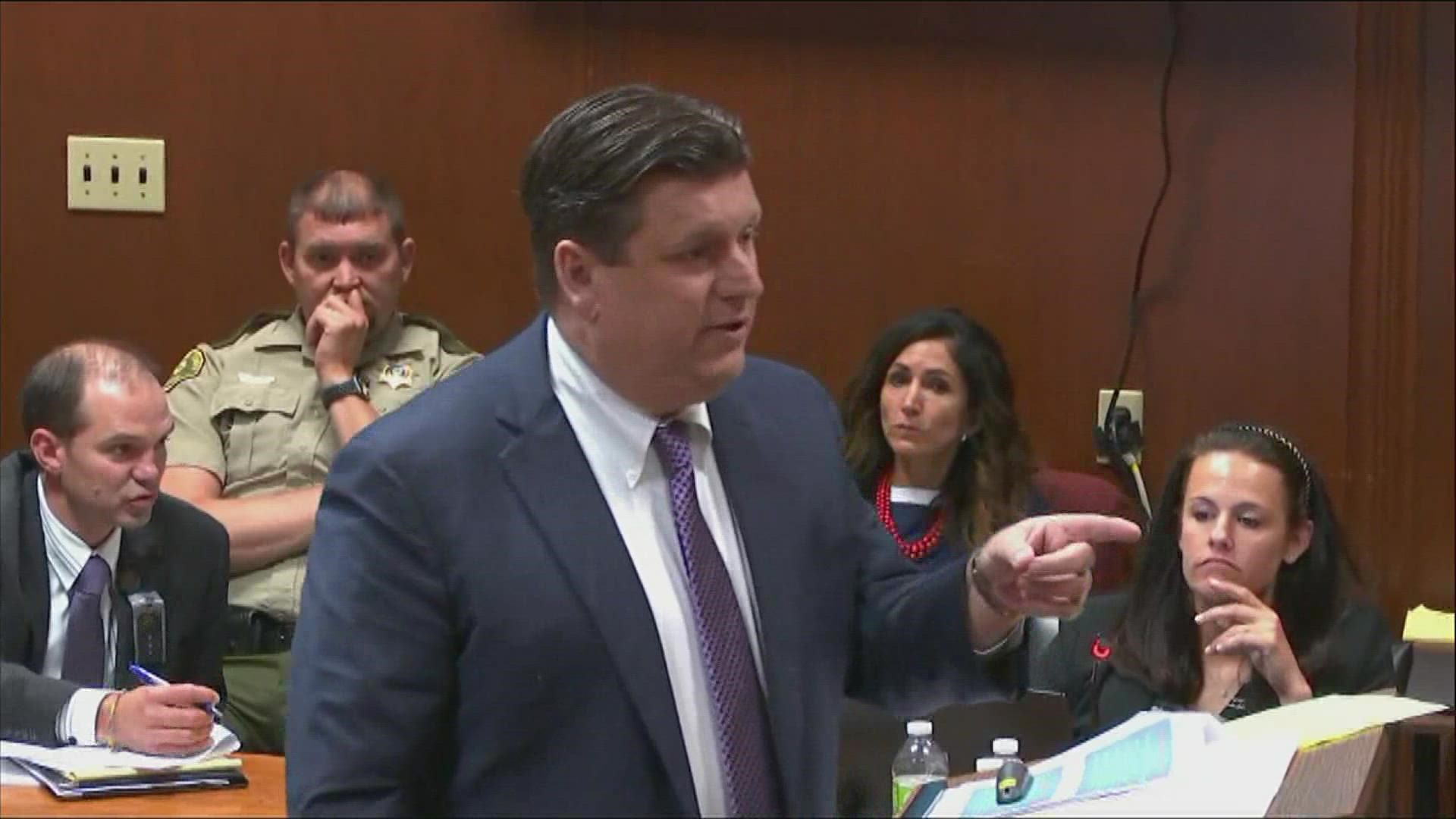 The prosecution made a rebuttal statement to the jury, arguing that investigators followed the evidence and the evidence led them to Bahena Rivera.

Brown said they had a confession and blood in the trunk..

"What are the officers supposed to do?" asked Brown. "Start going out and checking other people to see if they had something to say about it?"

Brown added that Bahena Rivera also had a sexual motive.

"We have physical evidence at the scene of the clothes being off and the cornstalks not being disturbed," a reason which he said excludes other people from the possibility of being involved.

"The defendant said he left her clothes on, that's clearly not true," said Brown. He was referring to Bahena Rivera's testimony, when he said Mollie was fully clothed, minus one shoe, when he placed her in the cornfield.

Earlier in testimony, it was revealed some of Mollie's clothes had been found near her body.

Jury seeing pictures of the clothing items found near her body. Assuming now this means those items were removed and tossed, as the body was covered under those corn stalks. Shoes and sports bra found on the body. @wqad #MollieTibbetts pic.twitter.com/0ju0mZnnGr

He reiterated that a scenario where two other men forced him to drive them and that they put Mollie's body in his trunk is not supported by any evidence.