Nationally, there have been other deaths this week involving fraternities. 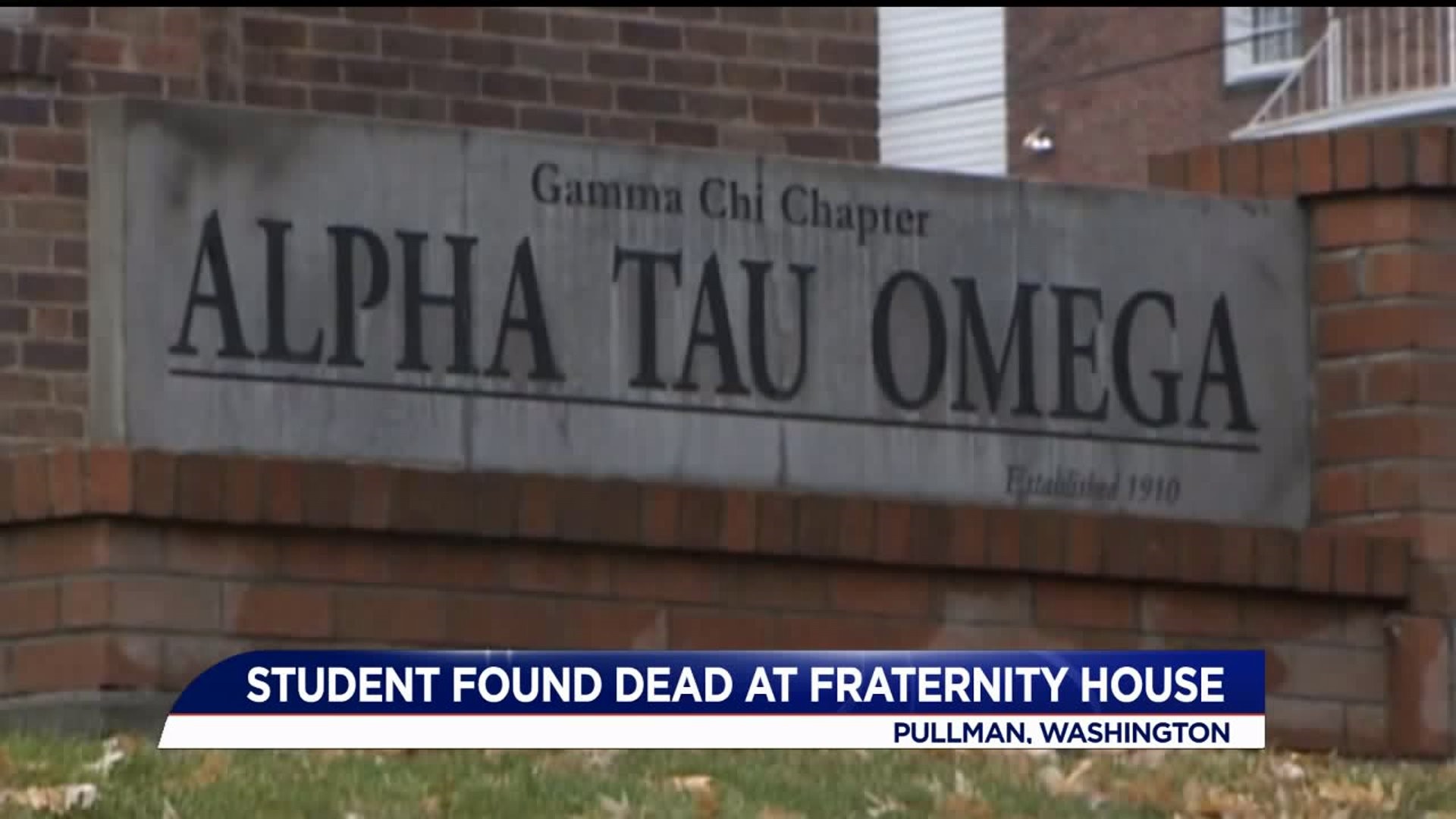 (CNN) -- The death of a Washington State University student Tuesday morning at a fraternity house might be alcohol-related, police in Pullman said.

Police officers and fire department medics went to Alpha Tau Omega fraternity house to treat a 19-year-old fraternity member who appeared to be unconscious and not breathing, police officials said in a news release.

The national office of the fraternity said the chapter is working with authorities investigating the death.

"Alpha Tau Omega mourns the death of a member who passed away overnight, Counselors are on site offering assistance and support," the fraternity said. "The national fraternity will have a team on site (Tuesday) to work with chapter members and assist the university and law enforcement as needed."

Authorities did not release the name of the student.

A preliminary investigation indicates the death may be alcohol-related, according to the news release.

The Whitman County Coroner will determine the official manner and cause of death, police said, and the investigation is ongoing.

San Diego State University student Dylan Hernandez, 19, died Friday, several days following an incident at a fraternity event last week. After he was hospitalized, 14 fraternities were suspended by the university.

His death was ruled an accident. Hernandez died of blunt force injuries to the head after he returned to his room following the event and fell from the top bunk, according to a report on the San Diego County medical examiner's office website. A roommate helped him into bed and he was found the next morning without a pulse.

Alex Saint, a spokeswoman for the county, said the autopsy has not finished because toxicology results are pending.

On Monday, a male student was found dead in his room at the Greek Leadership Village at Arizona State University, according to a statement from school officials.

Police are investigating and foul play is not suspected at this point, according to the statement, but officials have not released how the student died.