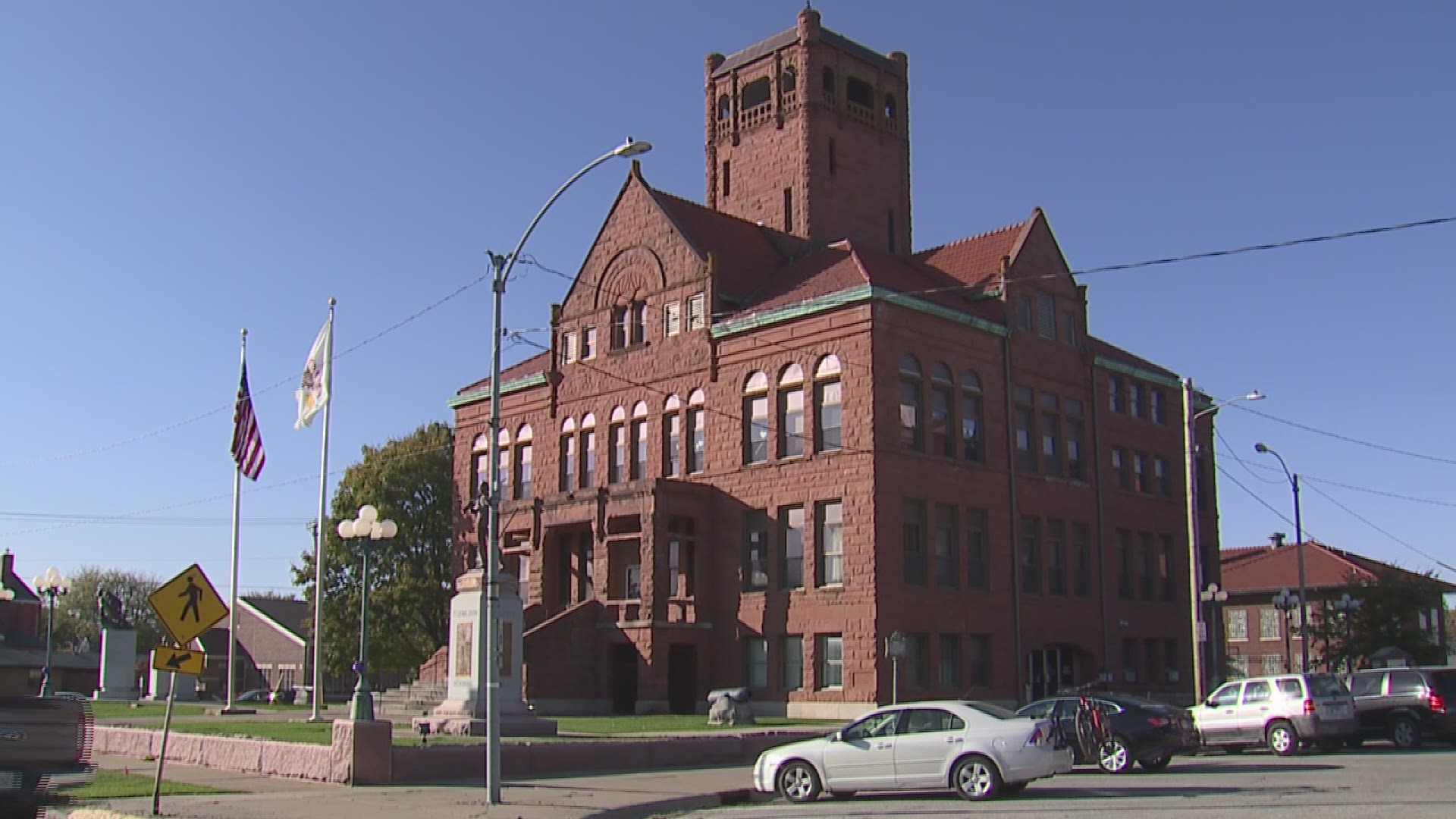 MONMOUTH, Ill. — Questions are being raised about how much money current Warren County States Attorney, Andrew Doyle, spent on remodeling and redecorating his office. He says the upgrades are justified.

Instead of the state garnering the money from fines and civil and criminal cases, it stayed in county hands, "It is money generated by defendants, but once it is given over to local government, it becomes public funds."

"As the money accumulated we used it to buy equipment for Monmouth Police Department and Monmouth Sheriff's Department."

Andrew Doyle took over the office from Chip in 2016, he says the funds are at the discretion of the states attorney.

This court house was built in 1894. Andrew Doyle, the current states attorney, says upgrades such as painting, security and electric work were well overdue, "It had a really bad smell in our office, because the insulation had been wet repeatedly."

From leaking roofs... "We cleaned out all the insulation, took out all the ceiling titles." To installing this safety window, fitted with bullet proof glass. "Sometimes, violent criminals, without asking would come into the office, come through, would come through the secretaries area and into my personal office," said Doyle.

Doyle says the upgrades are justified, "You need to make sure you're spending the money wisely but also updating the software and the infrastructure for future users."

Algren says, "Under Illinois law, any project in excess of 30,000 should be put out for bid." Whilst Andrew says, "There was never, any single contractor that was paid over the bidding threshold."

According to the County Board Chairman most of the board members were unaware of the project until it was underway. The County Clerk says the project was not put out for bid.