VERIFY: Some deals, coupons on social media are too good to be true

One claimed HEB is offering customers $80 off their grocery bill if they shared a link. Another was a deal for two free JetBlue tickets to celebrate an anniversary. 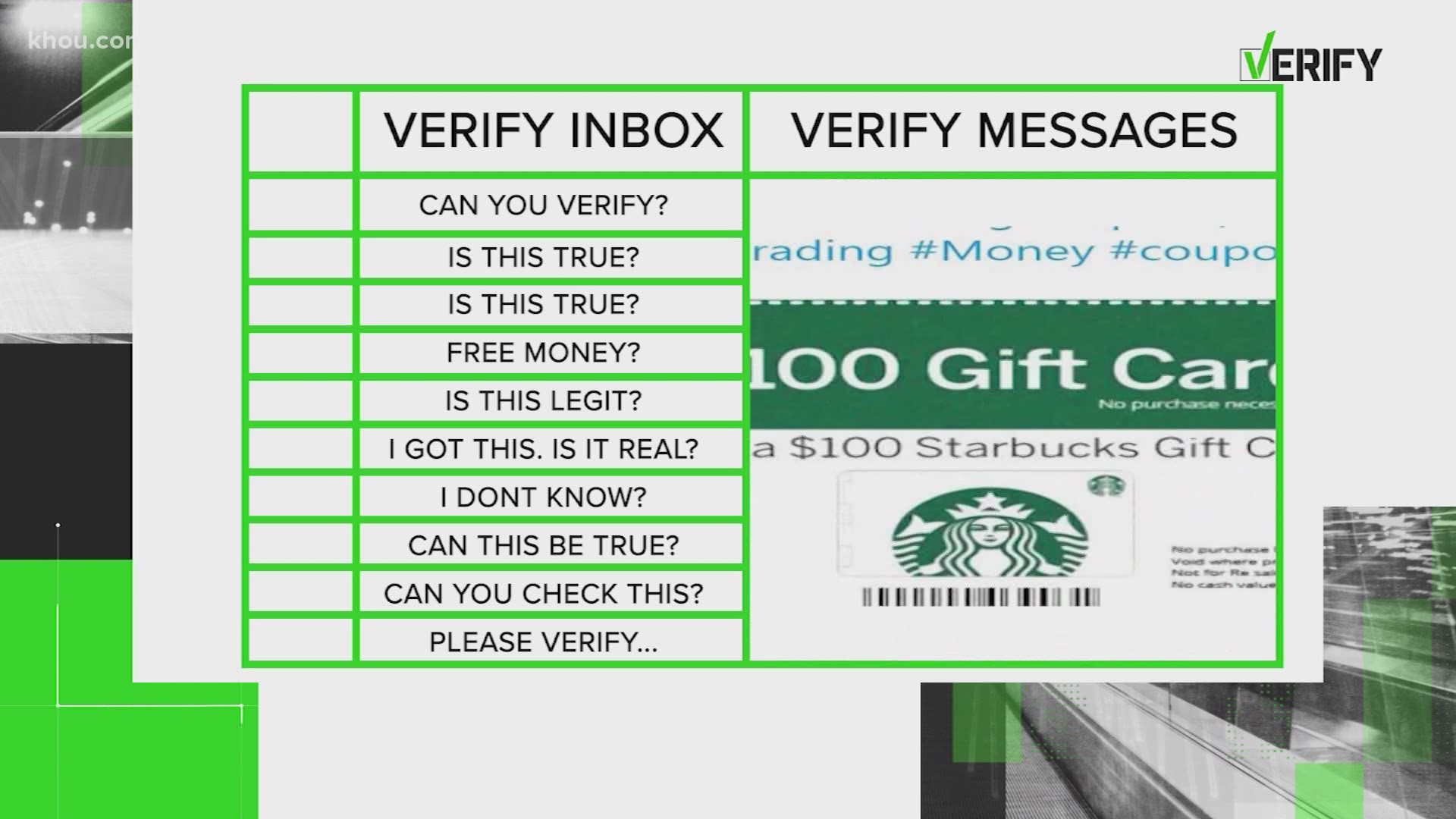 HOUSTON — The VERIFY team gets asked to look into social media deals on a regular basis. They are typically things that sound great but might be too good to be true. We checked in with the Texas Attorney General’s Office to find out what you need watch out for you so you don’t fall for a scam.

The emails pop up in the VERIFY inbox almost daily. The majority of them are coupons offering big deals.

One claimed HEB is offering customers $80 off their next grocery bill if they simply shared a link. Another was a deal for two free JetBlue tickets to help the airline celebrate an anniversary.

Several people contacted us after a post went viral claiming Starbucks was reportedly giving away $100 coupons to apologize for closing cafés during the pandemic.

The deals may appear slightly different, but they share a lot of similarities.

The Texas Attorney General’s Office shared with the VERIFY team what they consider signs of a scam.

When you contact a business, you know who's on the other end of the line. But when someone contacts you first, you can't be certain they're telling the truth. You don't know if they are whom they say they are. And remember, email addresses and caller ID information can be faked.

Let's face it: People simply don't give away large sums of money easily. If someone dangles bait in front of you — a big prize, a shopping spree, an easy loan — for nothing, they're probably lying.

3. They want your personal information

Anytime anyone asks for your personal information — bank accounts, social security number, etc. — you should be on alert. Don't give it away quickly or easily, especially to someone you don't know. You may become a victim of identity theft.

4. You have to pay them first

If someone offers you a prize, debt relief, or employment — but first you have to pay an upfront fee to get it — you're probably being scammed.

5. You have to wire money or send gift cards

If you're about to wire money or send gift cards to someone in order to receive a prize, or pay off a debt collector that contacts you...STOP! This may be a scammer trying to take your money.

The next time you see something that raises a flag, ask yourself, is there a catch? If you believe it may be a scam, the AG’s Office encourages you to call them at (800) 621-0508 or file a complaint online.

You can learn more about the complaint process here.