VERIFY: What does the graduated income tax amendment on the Illinois ballot mean?

We're verifying three of the most frequently asked questions about how the graduated income tax proposal would impact Illinoisans. 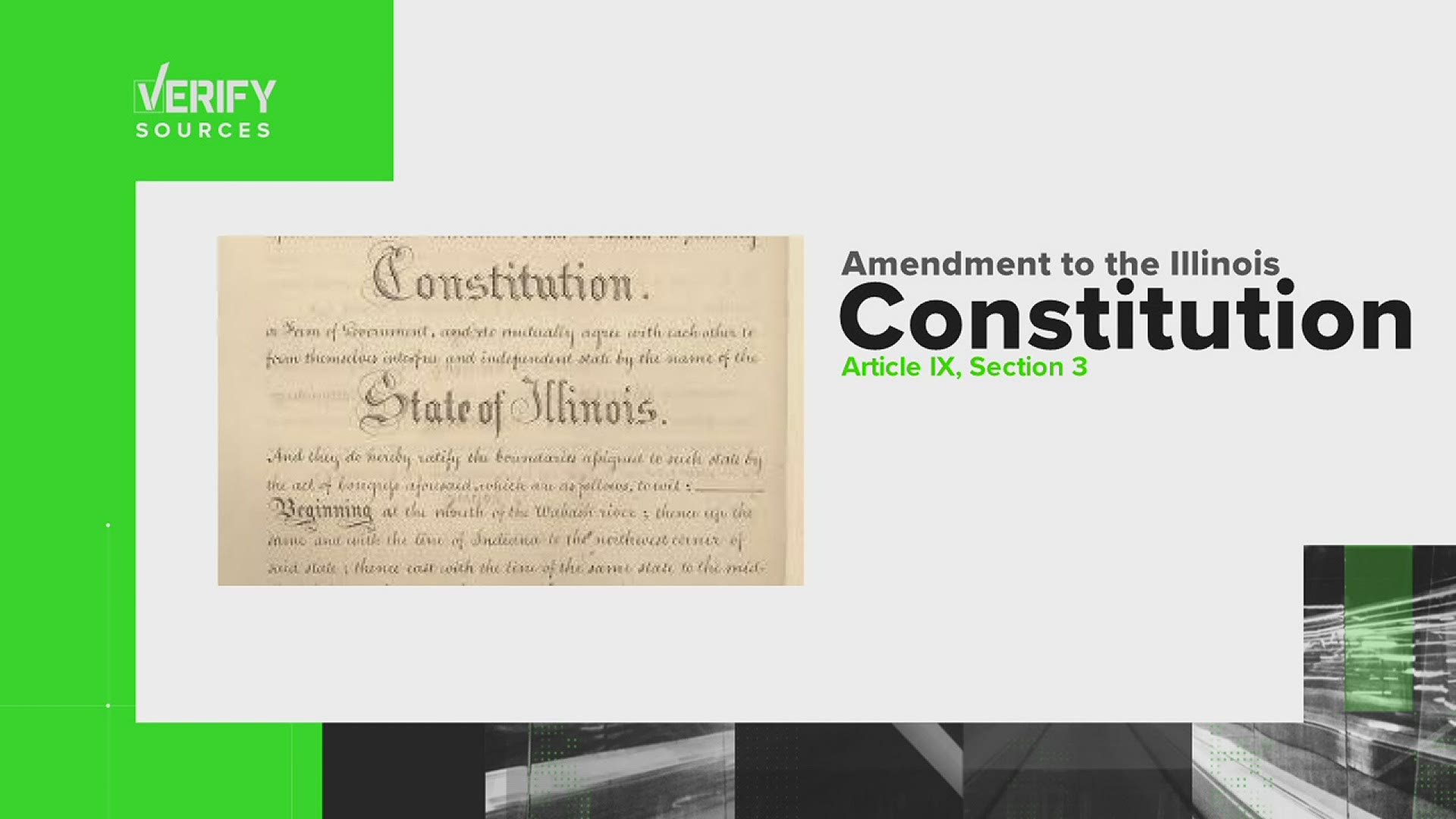 MOLINE, Ill. — It's a change that will impact nearly every family in Illinois: how much income tax you pay to the state.

We are verifying some of the most frequently asked questions and claims about the graduated income tax proposal on the ballot in Illinois.

Our sources are the amendment itself, which is a change to the Illinois Constitution in article IX, section 3. We also spoke with Dr. Kent Redfield, a political science Professor Emeritus at the University of Illinois - Springfield.

The amendment, as it is phrased from the Illinois legislature, is below. The text of the Constitution the amendment would change is crossed out.

Credit: Illinois General Assembly
This is the text of the amendment removing the flat tax and implementing a graduated tax system in Illinois. The flat tax wording is crossed out.

Under the proposed tax brackets, people making less than $100,000 annually would pay 4.9 percent in income taxes. But, that's only .05 percent less than the current income tax rate under a flat tax.

The proposed income tax brackets for all income levels are listed in the PDF below.

So, when WQAD did the math using the proposed income tax brackets, someone making $50,000 annually would see a $25 decrease in taxes under the proposed graduated tax versus under the current flat tax.

"If you file as an individual, make $250,000 or less, you are going to either see no change or you're going to see a modest decrease," said Dr. Kent Redfield.

Under the graduated income tax plan, only 3 percent of people will pay a higher tax rate than 4.95 percent, which is what is currently collected under the flat tax. The remaining 97 percent of Illinoisans will see either a small change or no change at all.

Next: Does the proposed graduated income tax amendment mean the legislature can make changes to the tax rates without putting it in front of voters?

"This is a power that's vested in the legislature," Redfield said.

Dr. Redfield said the proposed graduated income tax amendment does not provide the Illinois General Assembly with any more power to change income tax rates than they already have. He said that is a power the legislature could exercise today if it chose.

This change is on the ballot because it is an amendment to the Illinois Constitution. However, any modifications to the tax rates would not require the changes be presented to voters first, since they would be considered statutes, not constitutional amendments, according to Redfield.

The Illinois Department of Revenue says no.

That's because the Illinois Income Tax Act still applies. That legislation allows taxpayers to subtract retirement income, like pensions, social security and other company benefits from their state taxable income each year.

The Illinois Income Tax Act does not exempt income earned by those of retirement age still working at either a full-time or part-time job. The law only exempts benefits paid out to retirees, Redfield said.