Road delays are at their worst across major metros the day before Thanksgiving, but the Sunday after is when airports are busiest. 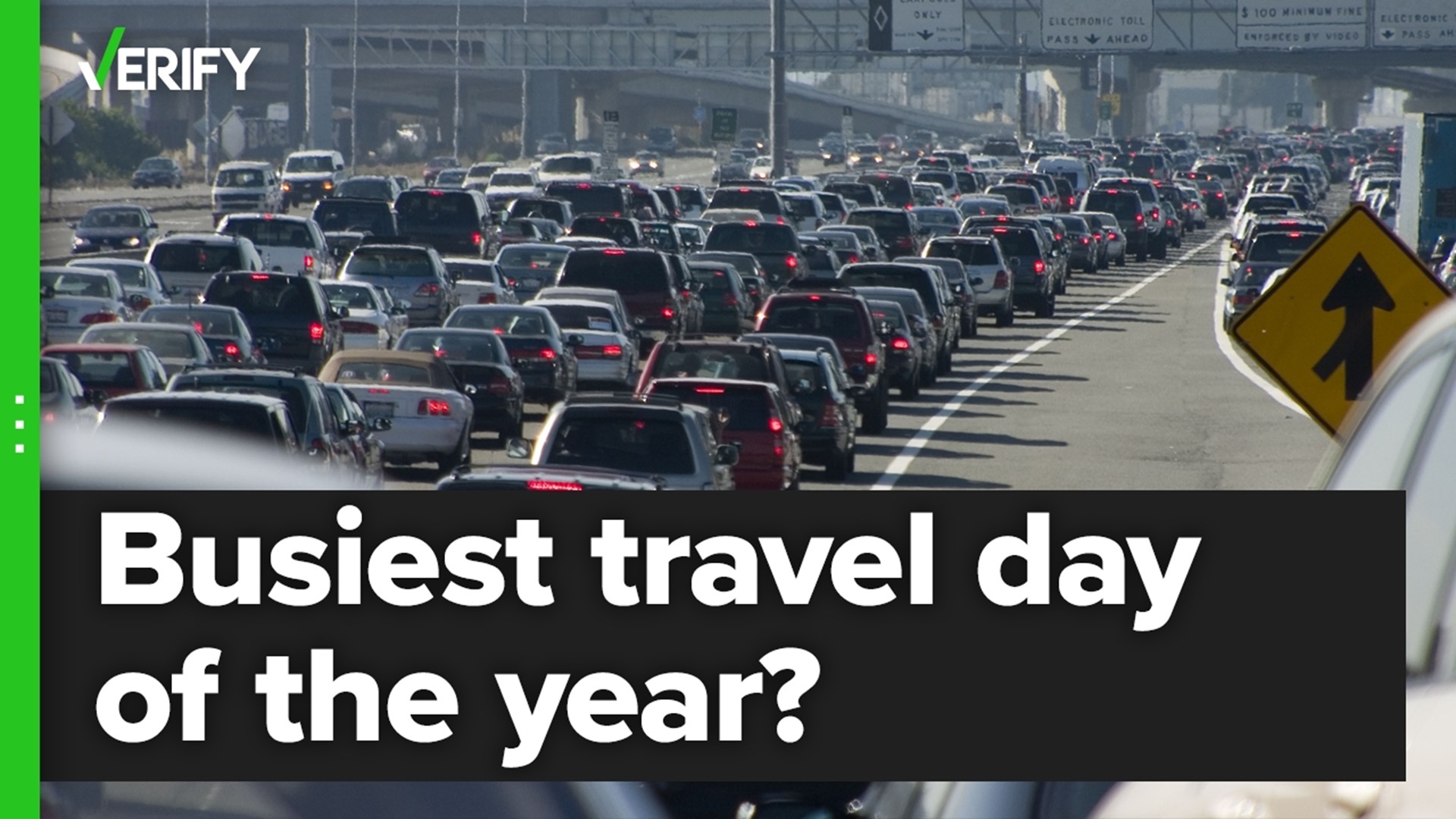 Fewer Americans than usual traveled in 2020 as health officials encouraged people to practice social distancing to avoid getting themselves or loved ones sick. More people are traveling this year because of loosened restrictions and fewer advisories, and potentially facing congestion and crowds on their way to their holiday celebrations.

Some say the Wednesday before Thanksgiving is the busiest travel day of the entire year, but a number of news articles from the past decade have claimed this is a myth.

Is the Wednesday before Thanksgiving the busiest travel day of the year?

The busiest travel day of the Thanksgiving holiday differs by mode of transportation.

According to the Transportation Security Administration (TSA), the busiest day of the year for airports nationwide in 2019 was the Sunday after Thanksgiving. The agency screened more than 2.8 million people that day, the most ever in the agency’s 20-year history.

No other day of the Thanksgiving holiday weekend made it into the agency’s list of top 10 busiest days, including the Wednesday before Thanksgiving. Instead, the rest of the list was filled with summer travel dates and other holidays.

But data from AAA shows that most holiday travel is done by automobile rather than by plane, train or bus, and AAA says the day before Thanksgiving is the busiest day of the holiday period on roadways.

Road delays at the peak of holiday rush hour on that Wednesday were about three times longer than usual in 10 metro areas in 2019, according to AAA. That’s a longer average delay than those same areas saw at the peak of December holiday travel that year, the peak of Independence Day travel and the peak of Memorial Day travel.

More from VERIFY: Yes, a potentially deadly parasite that enters people through bare feet is in the US

The VERIFY team works to separate fact from fiction so that you can understand what is true and false. Please consider subscribing to our daily newsletter, text alerts and our YouTube channel. You can also follow us on Snapchat, Twitter, Instagram, Facebook and TikTok. Learn More »