Yes, it’s legal for South Dakota’s governor to use donor funds to deploy the National Guard to the border

South Dakota Governor Kristi Noem on June 29 announced 50 South Dakota National Guard troops would be deployed to protect the border, thanks to funding from a donor. 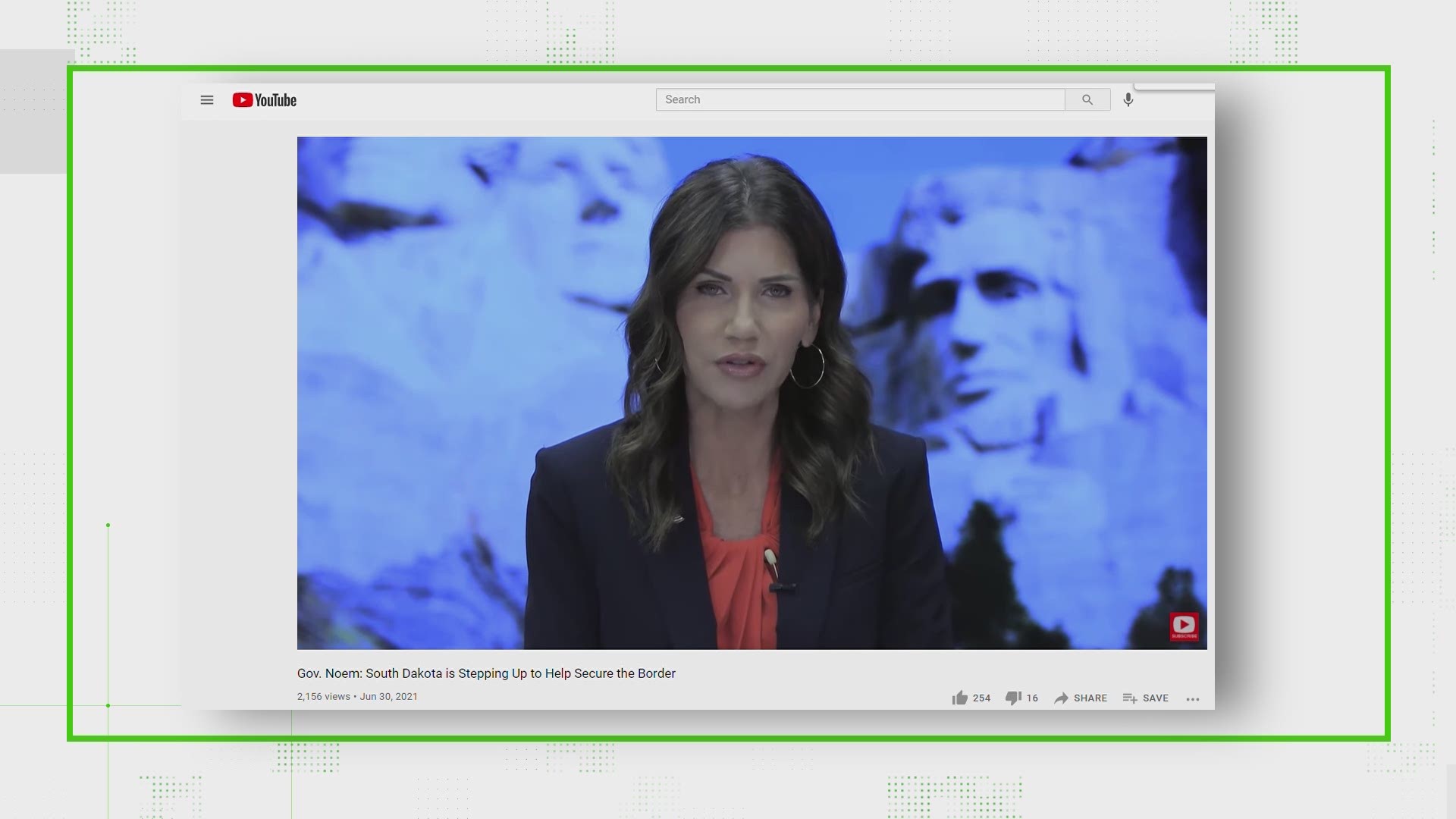 On June 29, South Dakota Governor Kristi Noem announced her intention to deploy 50 South Dakota National Guard troops to the Texas/Mexico border to “help secure our border.” According to the release, specific names of units, number of members and mission specifics will not be released.

Tomorrow morning I'm officially announcing up to 50 National Guard troops to Texas to help secure our border. The Biden Administration has failed to keep America safe. We shouldn't be making our own communities vulnerable by sending police to fix Biden's border crisis.

Arkansas Governor Asa Hutchinson also announced on June 29 the authorization of a 90-day deployment of up to 40 National Guard members to the border. Arizona Governor Doug Ducey announced a deployment was heading to the border in April.

In South Dakota, funds from the Willis and Reba Johnson Foundation, via a private donation, were used to finance the deployment of the National Guard, Ian Fury, Noem’s communication director, confirmed to VERIFY.

Since the news broke of the private donation, social media users have questioned the legality of a National Guard deployment funded by a private donor.

#WednesdayThought South Dakota Gov. Kristi Noem is paying for the National Guard Deployment to the southern border with private donations? Is that even legal? If so it’s completely unethical.

Is it legal for the South Dakota governor to use donor funds to deploy the National Guard?

Yes, it is legal for South Dakota Kristi Noem to use a private donation to deploy the National Guard.

The governor can also accept offers and donations under SDCL 34-48A-36. This code also gives the governor authority to divert the funds at their discretion.

Fury told VERIFY the governor’s office is following all applicable laws regarding the deployment, and that “the South Dakota National Guard has been activated for and will remain on South Dakota state active duty status in order to support Texas’s EMAC [Emergency Management Assistance Compact] request.”

Texas Governor Greg Abbott had issued a disaster proclamation stating “that the surge of individuals unlawfully crossing the Texas-Mexico border posed an ongoing and imminent threat of disaster” to several Texas counties.

According to the Texas Division of Emergency Management, “EMAC offers assistance during governor-declared states of emergency or disaster through a responsive, straightforward system that allows states to send personnel, equipment, and commodities to assist with response and recovery efforts in other states. EMAC is implemented within the State Emergency Management Agency on behalf of the Governor of the State. This provides a consistent and coordinated response across the nation.”

Fury confirmed to VERIFY a donation was made by the Willis and Reba Johnson Foundation, and no contract was signed requiring the funds to be specifically directed to the deployment of the National Guard.

Willis Johnson confirmed to VERIFY his foundation, the Willis and Reba Johnson Foundation, made the donation to South Dakota, and he said he was pleased when she told him they would be using the money to deploy the National Guard. He said he wanted to help Texas, by way of South Dakota.

“They're a smaller state and they want to help protect America so I thought, you know, I think highly of that Governor and I said ‘You know, she stepped up to the plate right off the bat’. So I said ‘OK, I'll help her.' I called her. She went to her attorneys and accountants, made sure it was OK. I went through my attorneys, my accountants and they said ‘If it’s OK with South Dakota, we’re OK with it. So we went ahead and did it,” Johnson said.

“I'm upset about trafficking of minors and drugs. And just what was happening down there and I thought ‘Well you know what, I risked my life in Vietnam I can risk my money here in America,'" he said.

Abbott hosted former President Donald Trump on June 30 for a border security briefing. According to the governor’s office, they met with several county sheriffs and discussed “Texas' ongoing efforts to secure the border and halt the trafficking and smuggling of people, weapons, drugs, and other contraband into the state.”

VERIFY
Our journalists work to separate fact from fiction so that you can understand what is true and false online. Please consider subscribing to our daily newsletter, text alerts and our YouTube channel.  You can also follow us on Snapchat, Twitter, Instagram or Facebook.