When it comes to specifically vaping e-liquids, “even these components that seem like they should be safe, we have no idea what they do once they’re... 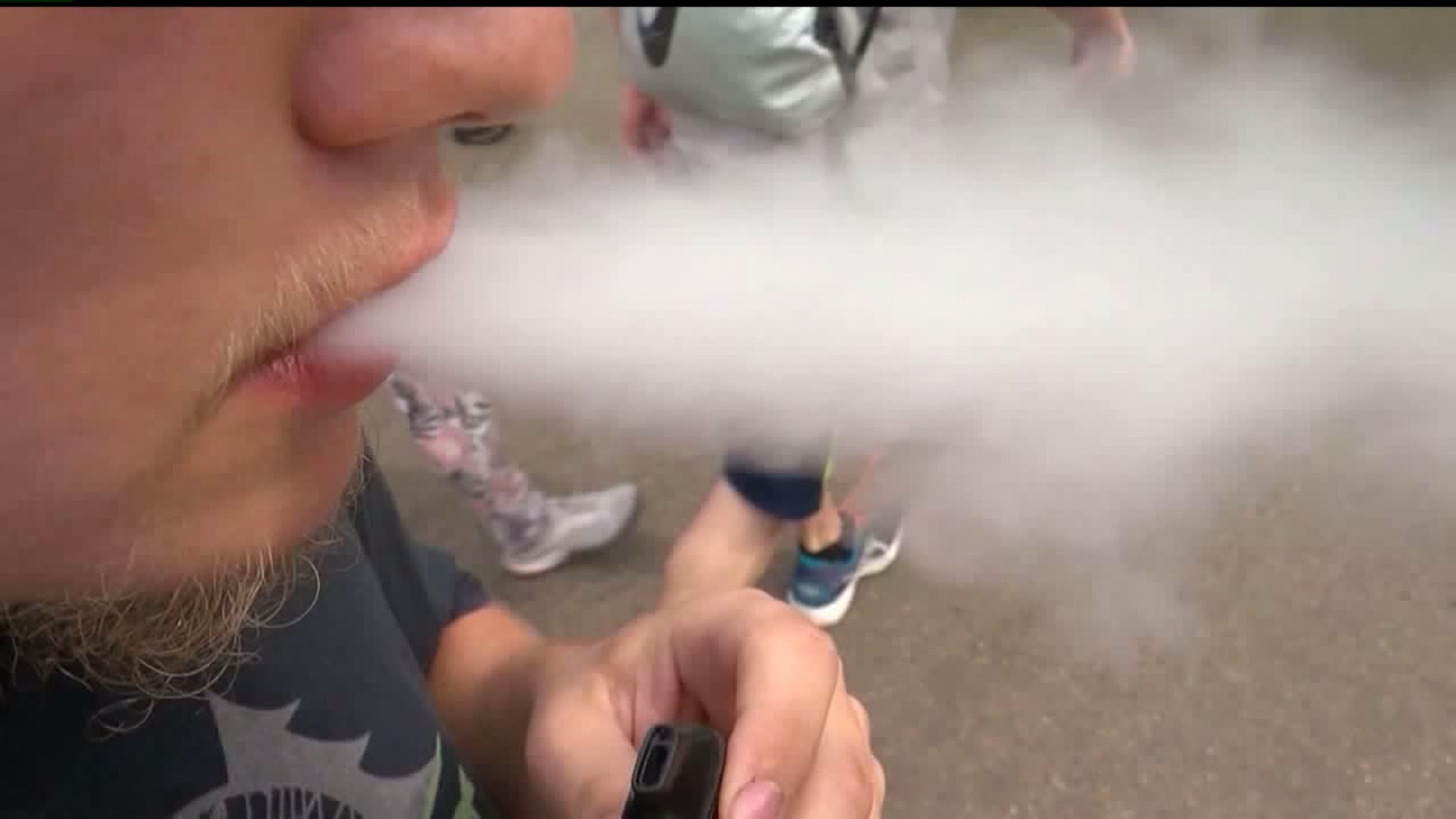 (CNN) -- Vaping or using e-cigarettes for a long period of time was associated with an increased risk of respiratory diseases -- including chronic obstructive pulmonary disease or COPD, chronic bronchitis and asthma -- in a new study.

"I was a little surprised that we could find evidence on incident lung disease in the longitudinal study, because three years is a while but most studies that look at the development of lung disease go over 10 to 20 years," said Stanton Glantz, senior author of the study and director of University of California, San Francisco's Center for Tobacco Control Research and Education.

"It's the first longitudinal study in the general population to link e-cigs with chronic lung disease," he said. "My guess is that if we were to come back and do this study in another five years, we would probably find bigger effects."

The study involved analyzing data from 32,320 adults in the United States on whether the adults have ever been told by a health professional that they had lung or respiratory conditions and whether they ever used e-cigarettes or smoked cigarettes or other combustible tobacco, among other demographic and clinical variables.

The data, which came from the Population Assessment of Tobacco and Health, were collected in 2013 to 2016.

"The odds of developing lung disease for the e-cigarette users was increased by about a factor of 1.3, and for the smokers it was about 1.6. If you're a dual user, it's 3.3," he said about the new study.

The study had some limitations, including that it was based on data the adults self-reported, which lends itself to recall bias.

The study adds to a proliferation of research aimed at measuring the impact of e-cigarette use on the lungs, heart, blood vessels and brain -- but experts have cautioned that much of that research remains in its early stages, often taking place in the lab or in animals.

The new study "applies to people as they use e-cigarettes in the real world," Glantz said.

Overall, "we're still learning so much about e-cigarettes," Dr. Maria Rahmandar, pediatrician and medical director of the Substance Use & Prevention Program at Ann & Robert H. Lurie Children's Hospital of Chicago, who was not involved in the new study, previously said in October.

When it comes to specifically vaping e-liquids, she said, "even these components that seem like they should be safe, we have no idea what they do once they're heated up, aerosolized and broken down into their byproducts, and what effect those have, especially when they're broken down into teeny tiny ultrafine particles that can go into deep parts of the lung."