When FlySense picks up the scent, DeBaillie and other staff immediately get a text and email alert. Then they can investigate the incident. 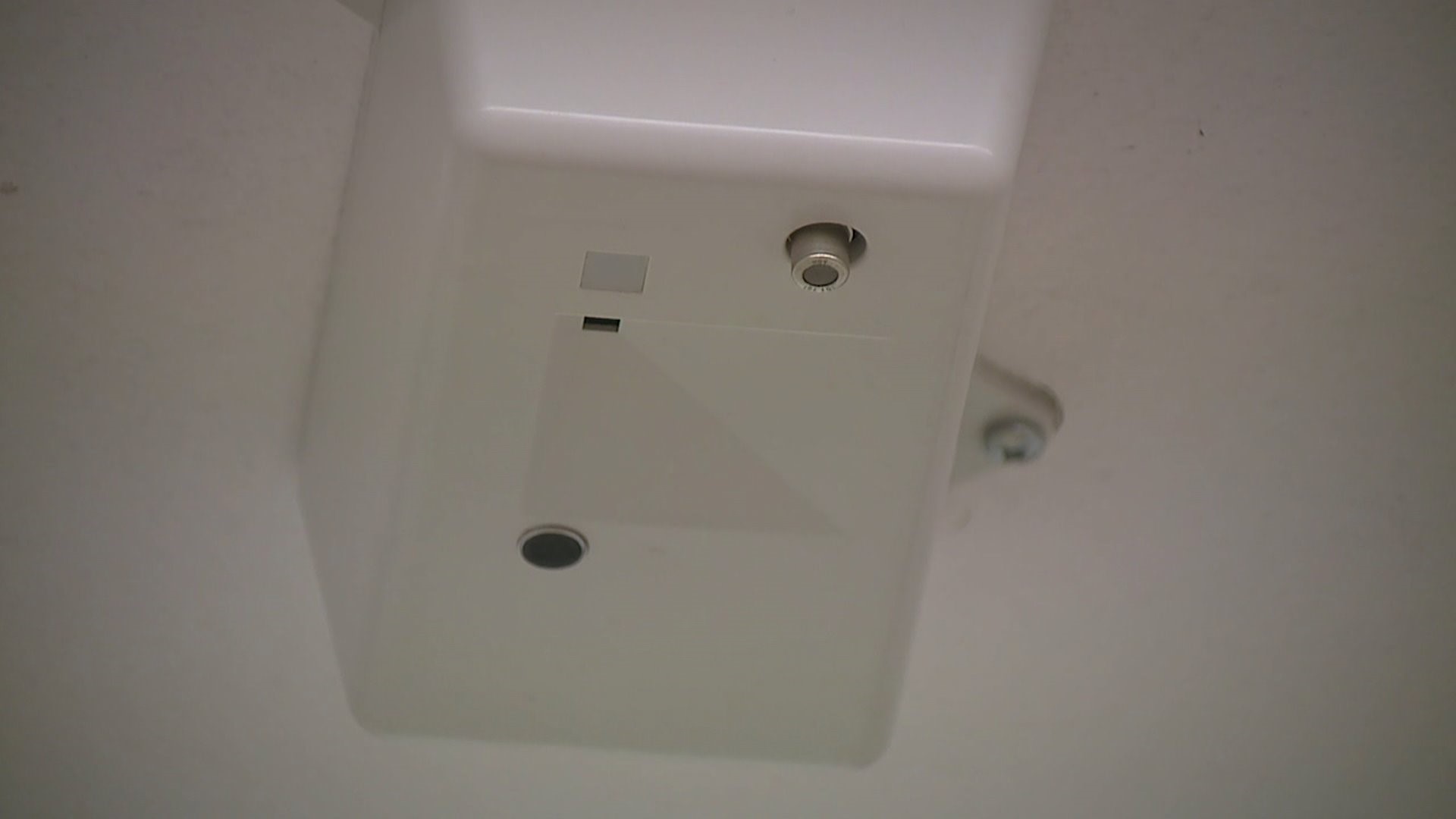 ORION, Illinois-- A Quad City area high school has a new strategy to stop kids from vaping in class. It's a new device that detects vaping, and educators at Orion High School say it's making their school one step closer to coming vape free.

Just like other schools across the nation, Orion Principal Nathan DeBaillie says vaping is a problem in school.

"My biggest worry is they're untested. The kids using them now are guinea pigs. Depending on what percentage you have in that vape. One inhale is the same as having one cigarette," says DeBaillie.

He's educating his kids through the health curriculum and assemblies about the dangers of vaping. And now he's installing a vape detector called FlySense in bathrooms at school.

"It's not the solution. It's just another tool," says DeBaillie.

The FlySense device can sniff out vape. It does it by detecting the chemical change in the air when vape is exhaled. When FlySense picks up the scent, DeBaillie and other staff immediately get a text and email alert. Then they can investigate the incident.

The device though, has another purpose. It also helps stop bullying. An alert gets sent when the device detects loud noises and commotion in the bathroom, presumably, kids arguing, even fighting.

"From then we'd go to the restroom it's located and check it out to make sure nothing's going on, arguments or disagreements, making sure everybody's safe," explains DeBaillie.

Orion has had FlySense for a year now. They used to go off four to five times a day. That number has dropped to about three times a week. DeBaillie says that's a sign that it's working.

"Kids have free will. They're going to make bad decisions. We're going to educate them and then help them to try to make good decisions inside our school building," says DeBaillie.

Each FlySense vape detector costs about $800. Orion was able to pay for them through community donations.