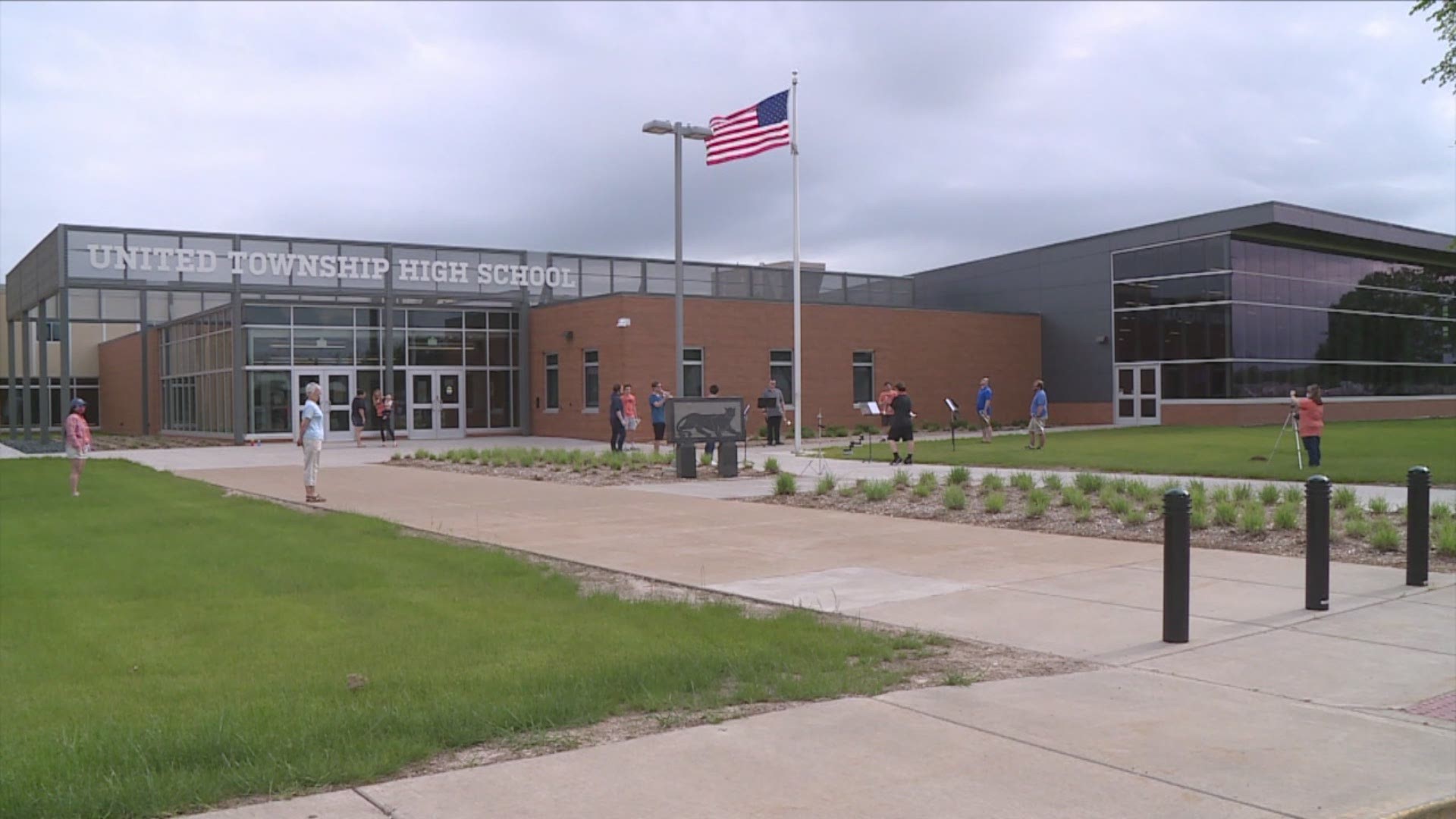 EAST MOLINE, Ill. — Students at United Township High School paid tribute on Memorial Day, May 25th, to those who have served.

About 10 students played "TAPS" on their trumpets. They stood around the flagpole outside the high school. The music stands were socially distanced apart.

Some students said they came because it was their last chance to play at the school before graduating.

"I have not been here in a while to play," United Township High School senior Tyler Belan said. "I did not get a last concert, so I might as well come here and maybe play for one last time."

"its a nice song to leave out on, remembering the fallen soldiers," United Township High School senior Owen Terry said. "It would be nice to have a longer song or a last concert, but I think it's a good stepping off point and moving forward."

TAPS is a short song played at flag ceremonies and military funeral services.