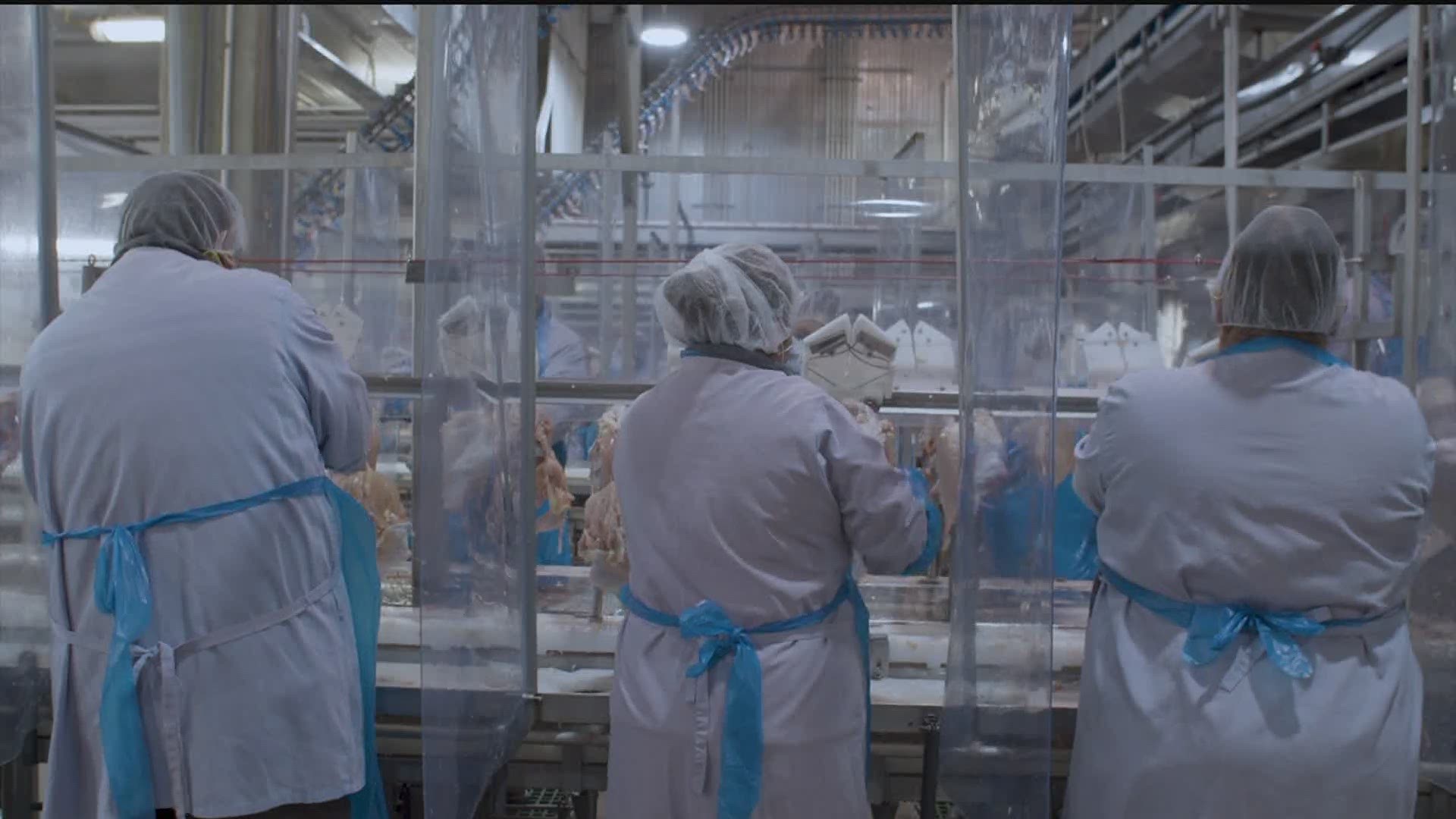 JOSLIN, Ill. — Tyson Foods meat packing plants have seen thousands of coronavirus cases across the country, with plants in Iowa and Illinois being hot spots around the Quad Cities.

He says the company is also offering employees the opportunity to take time off, even if they're not sick.

"Any team member can come forward to any of our H.R. professionals at any time, to discuss why they need to be gone from work," Gonzalez says. "That is the case anytime for any team members."

"They're being proactive, and they're good to work with," Rock Island County Health Department Administrator Nita Ludwig says.

The department reviewed the new safety measures in place at the Tyson Foods plant in Joslin on April 23rd, 2020.

"We saw the height of infections there in late March/early April," she says. "(Daily new cases) have fallen off in recent weeks."

The health department made some recommendations, like changes to physical barriers on the production line and to test employees who work in close contact with someone who's tested positive.

"We know we can only operate our business if our team members feel safe and protected when they come to work," Gonzalez says.

There are currently 133 cases in rock island county are linked to the Joslin plant. That's just under five percent of the workforce there.

The health department says there are still challenges being seen at meat packing plants.

"The biggest hurdle they have is trying do social distancing on a production line," Ludwig says. "One of the biggest challenges they have too, just to make sure that communication is getting through to the people in the language they normally speak, so its understandable to them."

That's where the health department stepped in, to get medical education to the immigrant and minority workers there, in English, Spanish, Arabic, Hahka Chin, Karen and Swahili.

The health department is also coordinating the testing of workers at a local Community Health Care clinic.