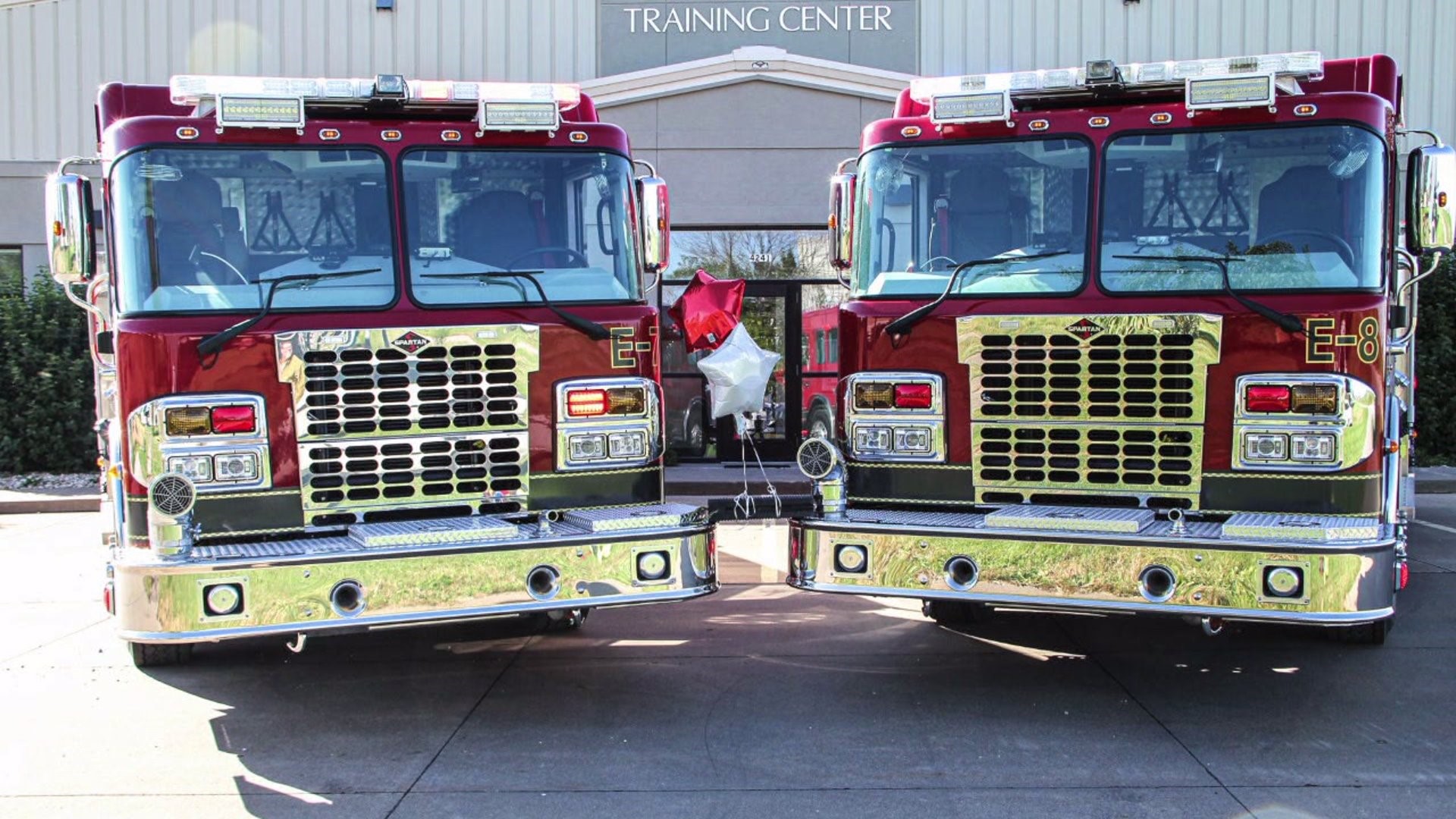 DAVENPORT, Iowa -- The Davenport Fire Department is rolling out two new fire engines this month -- a plan that's years in the making.

"Crews here worked hard on the specifications to make sure they fit the needs of the community," says Fire Chief Mike Carlsten. "And also so the firefighters can do their job properly."

The department hopes these two engines are part of a long line of replacements, Chief Mike Carlsten says.

The two trucks cost the city more than half a million dollars. Each truck is custom made to handle the different kinds of weather that come to the Quad Cities.

The two old trucks are 13 years old, each with more than 150,000 miles. The National Fire Protection Association recommends replacing engines around every 15 years.

"The brand new apparatus with the new bells and whistles -- it makes the guys' lives easier," MacDougall says. "And as the rig gets beat up, it's more difficult to do the job, so it's a big part of how we operate."

The two trucks being replaced will be moved into the department's reserve system, to be used in major fires or when other trucks need maintenance.

"We have to have reserves, we can't just have a hole (on the front line)," MacDougall says.

MacDougall says he hopes the community is looking forward to seeing the two new fire trucks on the road.

"They're the citizen's fire trucks," MacDougall says. "They're picking up the tab so I hope they take pride in them as well."

Chief Carlsten says the entire department is excited for the new engines to join the fleet, not just the firefighters are stations seven and eight.

"It's a morale booster for the guys to have this, and it's good for the community because we're able have equipment that's modern and up-to-date that we can use to effectively put out fires in the community," says Chief Carlsten.