From cherry pies to turkeys and mashed potatoes, two North Carolina sisters are on a mission to make sure families in need have the Thanksgiving dinners they de... 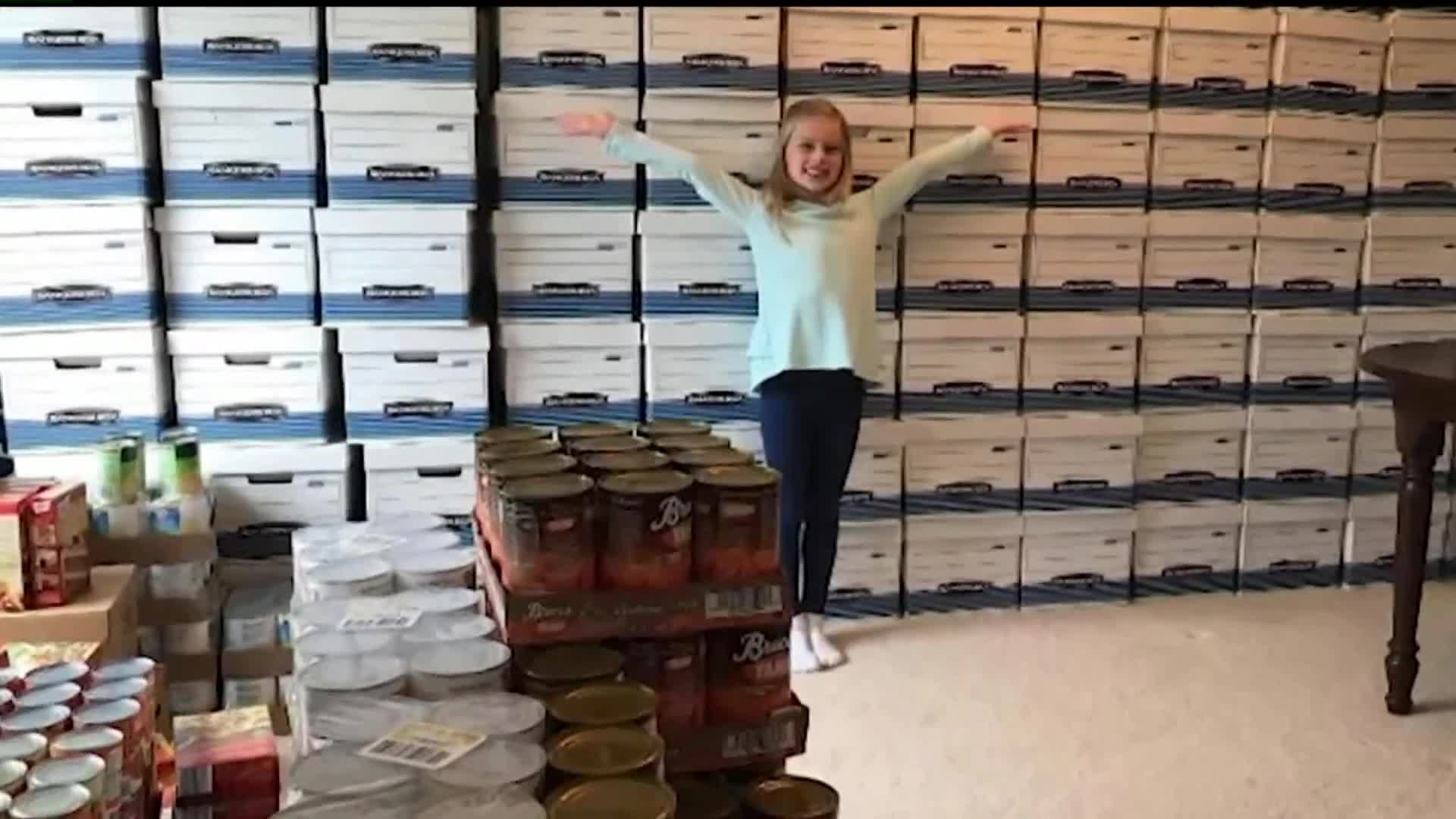 (CNN) -- From cherry pies to turkeys and mashed potatoes, two sisters are on a mission to make sure families in need have the Thanksgiving dinners they deserve.

For the third year in a row, Alex Fischer, 9, and her sister Caroline, 6, are raising money to provide meals for North Carolina families that can't afford the traditional holiday feast.

A small service project turns into a big tradition

"We started this as a service project in 2017 for the family to do in the holidays," the girls' mom, Lisa Fischer, told CNN. "When I initially suggested we donated one box of food, Alex said that wasn't enough and that we should do 10 boxes."

Fischer pointed out to her daughter how much a full Thanksgiving meal would cost. She explained that paying for 10 meals would not be something the family could do without financial help.

Determined to get the 10 boxes of food, the girls decided to open up a lemonade and baked goods stand to raise funds.

It didn't take long for family, friends and even strangers to reach out to help, so the Fischer family set up a GoFundMe page.

"The first year, we raised enough money for 100 boxes of food," Fischer said.

Since the first year went so well, they decided to make it a tradition.

Last year the girls raised enough money for 130 boxes of foot and 50 turkeys, and as of this Friday, the girls have surpassed their expectations.

They have raised $2,896 for their 2019 Thanksgiving mission, which would allow them to get 108 boxes filled with Thanksgiving meal staples and 108 turkeys.

"The girls are always excited when they see their friends, teachers and neighbors show up to their lemonade stand, but they are too young to understand how much attention they're actually getting," Fischer said. "They just know this means a lot of people will be able to have Thanksgiving dinner," she added.

The Fischers usually start gathering funds at the end of September. They go as a family to their local grocery store and buy all the food needed. Then they take the supplies to the Charlotte Rescue Mission's headquarters, a nonprofit that provides services for people struggling with addiction, which holds an annual Thanksgiving food drive.

"We are hoping to recruit some help from the neighbors to pack the boxes this year, rent out a truck and deliver the food by November 23," Fischer explained.

The spirit of the holidays is all about showing gratitude for your good fortune, and the Fischer family is just thankful they have the support to give to families in need.