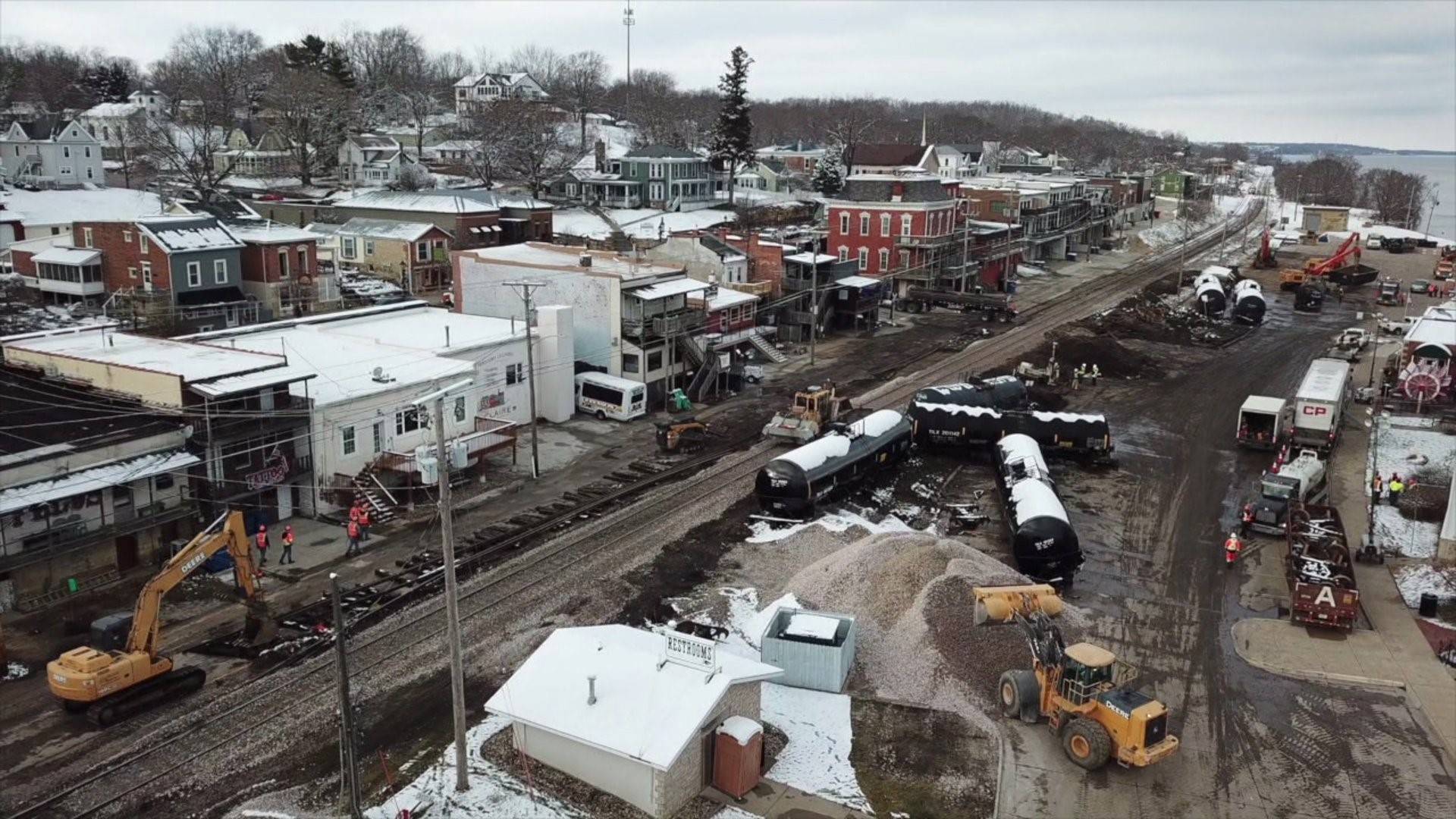 LE CLAIRE, Iowa -- Canadian Pacific Railroad trains are moving again through Le Claire one day after a train derailed, flinging mangled cars across the levee. Crews on Saturday could be seen removing the damaged cars from the area.

And while the people who work and play at riverfront restaurants and bars who saw the train derail on Friday morning were still shaken, they said Le Claire is open for business.

Blue Iguana back-of-house manager Joshua Filson told News Eight that his team was used to  hearing trains go by, but nothing like this.

"The sound was horrendous actually," Filson said. "It was just, you know, metal cars just banging together really loud. It was almost like thunder right in your back yard."

Even as Canadian Pacific makes progress loading the damaged cars on tractor trailers and hauling them out, first responders like Le Claire Fire Chief Jim Bradley won't forget what they saw when they arrived on the scene.

Canadian Pacific told the fire department that they are constantly monitoring the air and water for any contamination, but with no significant findings so far.

"Hopefully it goes back to normal soon," Filson said. "And as you see, business goes on and we've got to keep doing our thing."