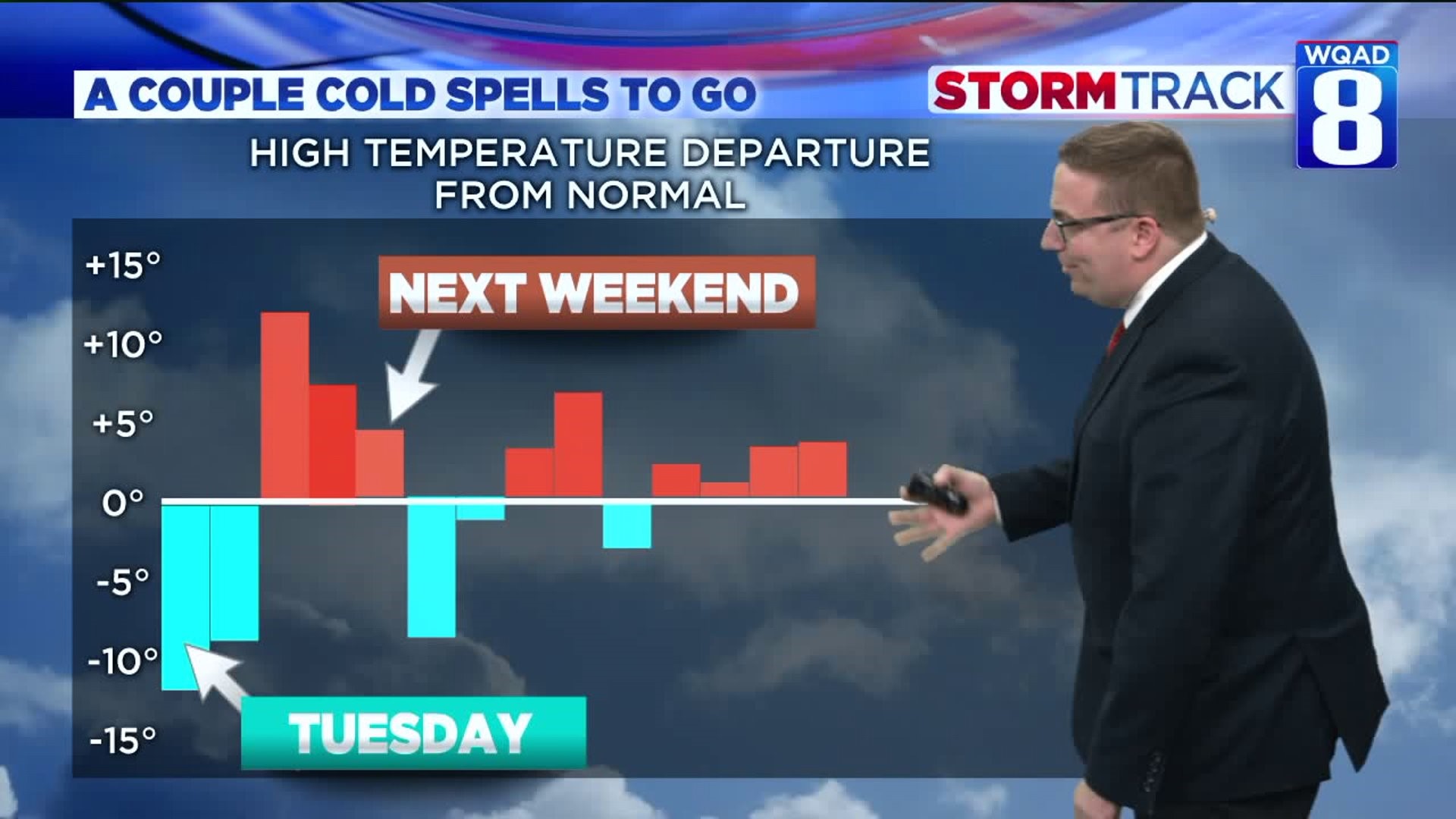 The warmth we experienced this morning has quickly vanished! In its place is a much colder air mass filled with gusty winds and wind chill values hovering around zero at times.

As temperatures continue to fall tonight and winds increase, wind chill values will take a dramatic hit and fall into the single digits both above and below zero by Tuesday morning. While the actual temperature will be in the teens, the wind chill values will be significantly lower thanks to the gusty winds. This same scenario, plus a few degrees, will repeat itself for Wednesday morning also. Bundle up the kids at the bus stop!

This colder air mass will hang around through Wednesday before we see some improvements by the end of the week. On the bright side, we'll remain quiet during this colder period, so don't expect any snow.

December has started out on a fairly quiet note so far as we are currently logging a snowfall deficit of about one inch for the month itself. However, if we look back at the data starting around July 1st, we are actually in a snowfall surplus for this time of year adding up to an impressive seven inches. Both October and November featured above-average snowfall bringing us to this value. With crops still left in some fields, I'm sure farmers are appreciating this break from the snow and hopefully, it will last just a little while longer so the last of the crops can be harvested. Sure appears that the next week at least doesn't offer any chances for meaningful snow. I can't say the same for next week, though. That's a more active pattern we'll be tracking in the days to come.