Tracking another strong storm system for the weekend

Look for more wind, rain, and even a few thunderstorms to arrive in the next 24 hours. Here’s how strong the winds will be this time around. 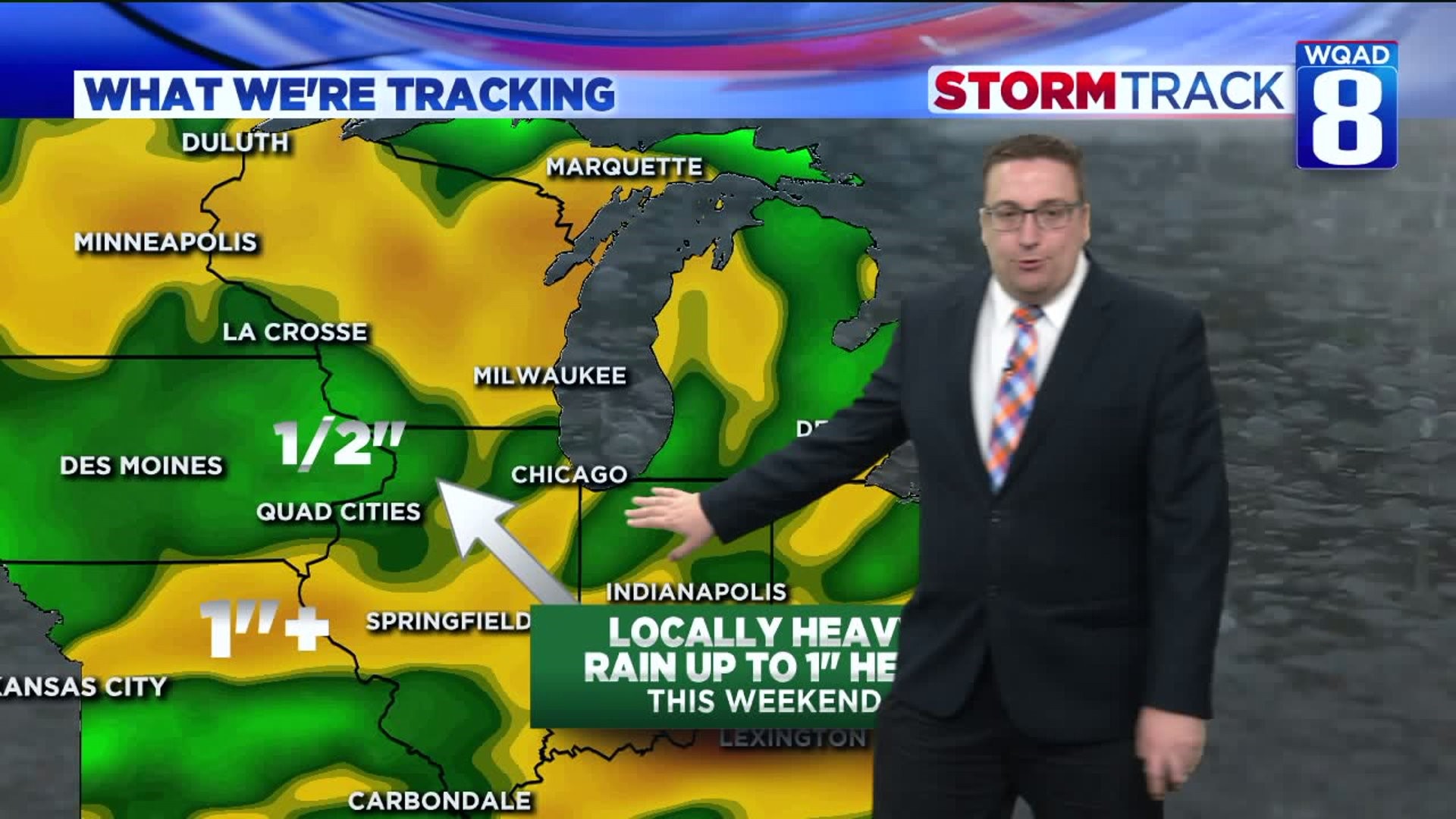 An active weather pattern continues in the Quad Cities as we head into the upcoming weekend that will bring rain, snow, wind, and even a few thunderstorms.

As an area of low pressure intensifies to our west over parts of the Dakotas, a good surge of moisture will work in from the south by tonight setting off a band of showers and thunderstorms. While no severe weather is currently expected, some heavy downpours are certainly likely with this batch. The activity will continue until the predawn hours of Saturday morning before we get a bit of a break from the steadier rains. Just a few showers and plenty of wind is all that is expected for Saturday itself as highs reach into the lower 50s.

Meanwhile further to the north, our neighbors in Wisconsin and Minnesota are in for another round of heavy snow where several inches will accumulate from Minneapolis to just north of Lacrosse and Milwaukee.

Here much of our precipitation will fall in the form of rain with total accumulations between one half an inch up to an inch in the localized heavier downpours. This is still a bit concerning because the ground remains full of water, especially in areas north of the Quad Cities. This active pattern could play a role in spring flooding next year, especially if the ground remains saturated.

While gusty winds will work back in by Saturday morning, they won't be nearly as strong as the last system that just moved through. With this area of low pressure reaching its maximum intensity to our west, we'll see wind gusts more in the range of 30 to 40 MPH as opposed t 60 MPH. Still, if you have some lightweight holiday decorations outdoors, you'll want to make sure those are secured down by Saturday morning.

On the backside of this system, a few snow showers will be likely for Sunday. At this time I wouldn't expect much in the way of accumulation. By the time the cold air reaches us here in the Quad Cities, the storm will already be dissipating and not nearly as strong.