After a homeowner failed to remove the tires at the beginning of the month, the city had to get involved. 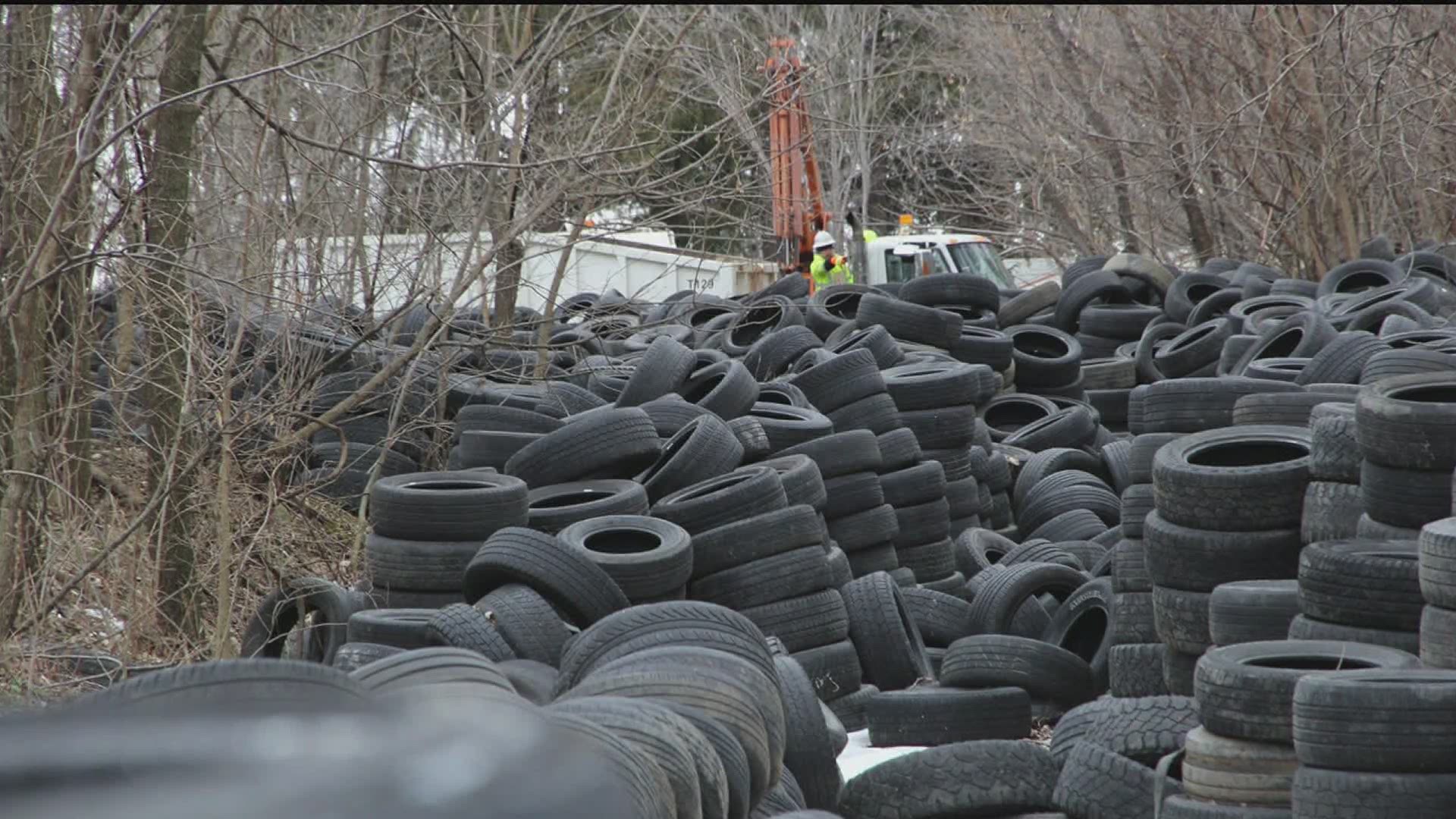 DAVENPORT, Iowa — Public works says piles of 16,000 tires in a home off Lincoln Ave. have grown out of control forcing the city to get involved.

William Peters lives in the home and owns B&M PitStop LLC, a tire removal company. He’s the middle man between a tire store and a tire recycler, but the tires he’s collecting aren’t making it to that destination.

It’s illegal for Davenport residents to collect solid waste, like used tires, in large amount.  After multiple neighbor complaints the city got involved.  They issued the homeowners, Peters’ cousins and owners of 3 Way Farms, Inc., a citation in Jan. 2019.  After more neighbor complaints the city filed a court order in October saying the owners and Peters, a co-defendant, had to get rid of the piles by February.  They failed to meet that deadline.

At that point public works crews had to get involved.  Since Wednesday, they’ve been loading 300 tires in 16 truckloads every day to the Scott County Landfill.

The city says the defendants will have to pay a disposal fee close to $100,000.

The city says they hope to have everything cleaned up by Monday.